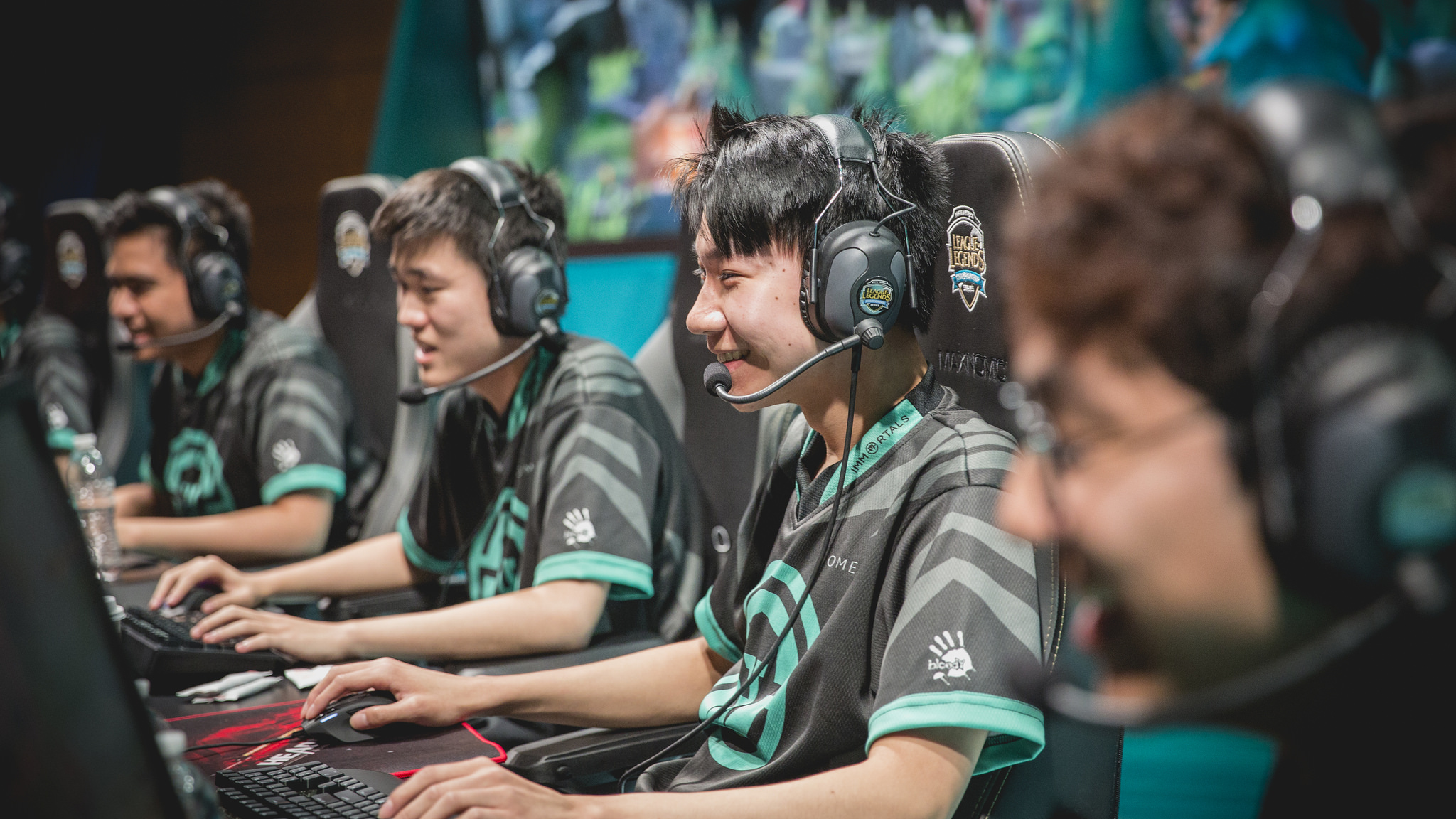 The monkey is finally off their backs.

For nearly two years, Immortals had to deal with the criticism that they were a great regular season team with no clue when it came to playoff best-of-fives. Falling to an under-seeded TSM team in the 2016 Spring Playoffs may have been forgivable, but then they fell short again the next split. Not making playoffs at all last split with a new roster didn’t help.

To finally win their first LCS playoff series, Immortals would have to go through CLG, a team with which they have a lot in common. Both mid laners Eugene “Pobelter” Park and Jake “Xmithie” Puchero are former CLG players. IMT support Kim “Olleh” Joo-sung is this year’s preeminent playmaking support, taking that title from CLG’s Zaqueri “Aphromoo” Black.

Because of the familiarity, despite Immortals’ advantage on paper, this was expected to be an interesting series. And we got some good games and good fights, but when the dust settled, the series was an absolute stomp by Immortals.

The first game was a back-and-forth affair. Immortals took a lead, then CLG came roaring back with some proactive plays of their own. Eventually, the game went late enough that the team that executed better around Baron and Dragon would win.

That team was Immortals. In several tense, drawn-out teamfights, they out-executed CLG and got the major objectives they needed to close the game. Olleh was fantastic all game, saving Pobelter and ADC Cody Sun again and again while starting things with CLG.

That fight was so crazy that, from the time CLG started the Baron, it took over 40 seconds to take it down. Immortals lost a few to Choi “Huhi” Jae-hyun’s Viktor, but got the objective. Immortals turned that Baron into an Elder Drake and a second Baron with which they closed the game.

Game two was the Xmithie show. Playing Sejuani, a champion he had previously struggled on in high-profile situations, Xmithie just ran over CLG. He finished with 100 percent kill participation—on 25 kills—and was just everywhere.

CLG made it into a match with some late-game fights where their frontline held better than Immortals’. And Huhi was again great on Vel’Koz. But Immortals were just too far ahead. Cody Sun, having benefited from early roams from his teammates, was a monster. In that last clip, CLG got the first two kills, but Cody Sun’s Kog’Maw was untouched and ended the game.

CLG responded in the last game by taking away Sejuani. But they gave Gragas over—one of Xmithie’s best champions. CLG jungler Omar “OmarGod” Amin’s improved pathing earned a kill lead for CLG, but Xmithie got back into the game via a party in the mid lane.

Immortals took so much off that fight. They grabbed Rift Herald, and with it, stormed to a 4-1 turret lead. There was simply no opening for CLG to get back into the game. Immortals played the fights extremely well, keeping their carries safe while blowing up CLG’s. It was a complete team performance.

Immortals finally picked up that elusive playoff win. But they’re not done. After the match, Pobelter indicated that he was confident they could beat whichever team they meet next Sunday in the finals. We can’t wait to see them try.