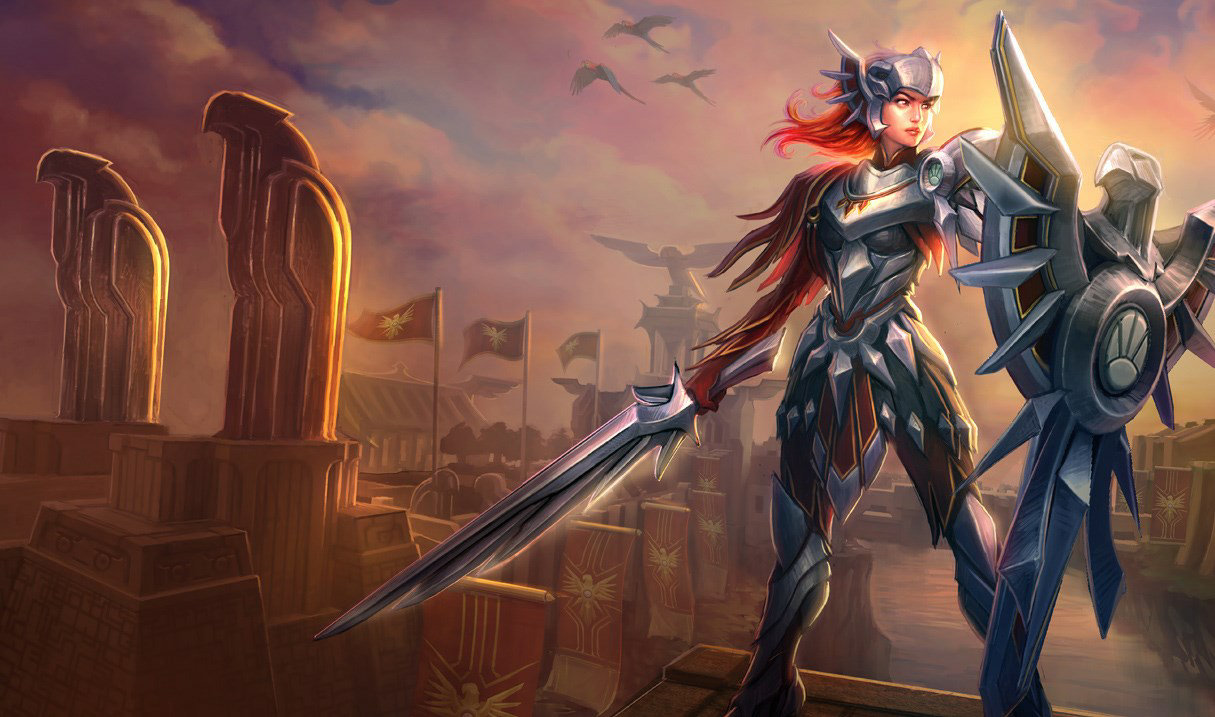 Peeling is one of the most crucial skills everyone should know in League of Legends. If you don’t know how to peel, then it’s going to be quite difficult to climb in this team-oriented game.

While you might be winning your lane, you may be losing mid-game fights and wonder why considering you have an advantage over your enemies. If you notice your teammates dying before your team has a chance to dish out damage in fights, you may need to offer a means of protection for your glass-cannon allies.

Here’s a complete guide to peeling in League of Legends.

What is peeling in League?

Peeling is protecting your core assets in the team to ensure that they get enough room to dance around teamfights and do damage. While you might be tempted to dive in and kill the enemy carry, remember that sometimes it might be more beneficial to sit behind and be the backbone of your carry—someone they can trust with their life to ensure your team wins the game.

As the saying goes, “The best defense is a good offense.” This adage can be attributed to peeling as well. You can have either a defensive peel or an offensive-oriented peel. It all depends on what your primary goal is when choosing a path.

It’s important to understand how each peeling action differentiates from the other. By understanding what each one stands for, you can apply them properly in-game and ensure that you protect your carry. Offensive peeling focuses on diving in on the enemy team and creating enough distance or assassinating core targets that may be an issue for your carry.

If you are playing Zed and the enemy has an Syndra who deletes your ADC in mere seconds every teamfight, then you might be asked to kill Syndra or zone her out so that your ADC can take care of the rest of the team. Just merely playing around the flanks and either diverting Syndra away from your ADC or killing her can be considered offensive peeling.

A more simple example would be playing a tank like Sion or Ornn. If enemies engage on your team, you can counter-engage on the remaining members to cut them away from the rest of the team. While you buy enough time with your offensive peeling, your teammates will clean up the rest of the fight.

This is the more simple type of peel which everyone is accustomed to due to how easy it is on certain champions if you have a shield or a heal. Defensive peeling focuses on sitting behind or near your carry and protecting them in fights. You are near your team instead of the opposing team when you’re doing offensive peeling.

You can do with a huge array of champions, beginning with those who have in-built shields or heals such as Soraka, Lulu, Janna, or others who don’t have heals in their kit but have crowd control instead. Nautilus, Braum, or Leona are prime examples of defensive peeling using crowd-control. You can use your crowd-control to give your carries enough time to run away and do damage without dying.

League has a huge array of champions, which allows you to explore various ways of peeling for your carries. Some notable examples could be considered Ivern using his brush mechanics, Bard with his teleports and area-of-effect ultimates, or Senna with her area-of-effect invisibility. It’s important to understand your champion’s limits to understand how you can fully utilize their kit to peel away enemies from your carry.

The most often-encountered early-game peel opportunity arises when the enemy jungler comes to gank. You have split seconds to decide how to save you and your carry from the impending doom. In the case below, you could use your zoning tools in the way of the enemy bottom lane to the right, root the jungler and then boost the movement speed of your ADC to run.

After you get out of the laning phase there will be plenty of opportunities to peel. The mid-game fights reek of chaos and so there is no clear plan on how to peel for your carries. Dragon fights are usually characterized by flanks from bruisers or assassins to ensure that they get the upper hand, but you can stop them.

In the example below, if you’d have the primary assassins on the right, then it would be great to zone him out from his team for a couple more seconds using your slow rather than just using that ability to do a bit of damage. While death might be the best CC, it is not always the case when you barely do any damage.

It’s always important to use your kit to its maximum efficiency. Use everything you have in your arsenal to protect your carry, be it a slow, root, shield—anything you have. By using it all in the perfect combination you can succeed and win games.

While the above examples should help you understand the art of peeling a bit, it’s important to remember that every champion is different and you should analyze the strengths of each champion’s kit. While Karma excels in boosting movement speed up and throwing some area-of-effect slows, other champions you might play might not have this opportunity.

Always analyze what can you do to peel. For example, on Orianna if you’re playing mid you could always throw a Command: Shockwave into the opposing team to stop them from chasing your fed ADC, even if it wouldn’t kill anyone.

Only by mastering your champion’s kit, you can understand how you can peel for your carries. Master this skill and you’ll be able to achieve your dream of a higher rank.