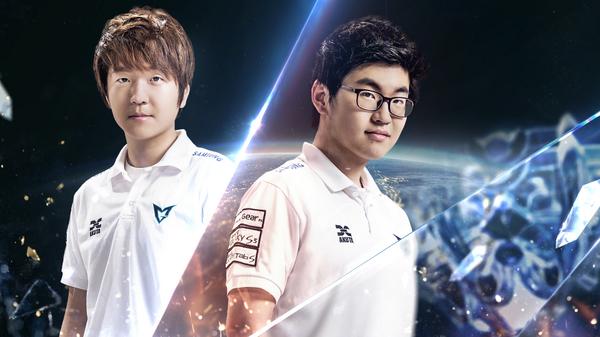 If you watch 2 professional players from same role in training, you won`t necessarily be able to tell who is better player. Without the pressure of competition, they’ll play and make mistakes much the same way.

What separates great players from good players in pro scene is their ability to play under pressure and stress in any scenario. That difference is called mental strength or mental toughness. Mental strength doesn`t have a generally accepted definition, but for esports we can define it as individual`s capacity to effectively deal with stress, pressure and challenges, and perform to the best of their ability, regardless of the circumstances in which they find themselves. Simply explained: it`s players ability to perform the best he can, while dealing with stress (losing, being nervous, tired), pressure (playing for that world`s spot, playing to get into LCS) and different situations (fans chanting for other team, too hot in studio).

Mental skills and abilities are learned and trained. A mentally thought player is able to:

The attributes that are trained and improved are determination, concentration, confidence, resilience, focus, control and motivation. Alongside all these, there are 2 main abilities that are also developing: thinking in present time and visualization.

Thinking in present time is a little bit “harder” to develop because it comes from a thing that nobody likes – mistakes.  It is easy to call for a dragon or any other objective in the first 15-20 minutes because even if you fail, you can recover after it. But it`s a lot harder to call for a dragon at 50th minute when 1 wrong call or mistake can lose the game, the series, the championship. It`s harder because you become self-aware, coach-aware, fan-aware or outcome-aware, as opposed to be task-aware. Most players make a mistake and try to suppress what they don`t want to happen, instead of what they do want to happen.

Visualization is in some way easier because it requires knowledge, experience and imagination. Visualizing the plan you want to execute, how you will do it and possible outcome will greatly prepare you for the game and allow you to be more focused.

One example that show importance of being mentally prepared are Best of 3 and Best of 5 series. Without mental preparation, with each minute, with each game, you are becoming more and more tired, which leads to having a greater chance at making a mistake and that leads to losing a game, stress and pressure, losing your confidence and eventually losing whole series. But if you come mentally prepared, nothing of this will impact you. You will come ready, confident, concentrated, focused, determined and motivated to show your best and fight to the very end.

When mechanical skills are evenly matched, as they tend to be in competitive environment, the players/team with greater control over his/their mind will usually come out as winner. Mental strength is not going to compensate for lack of skill, but in close battles it will make a difference between winning and losing.

About author and “Handling the Pressure”

My name is Radovan “Radovan” Radovic. I am a life coach and LoL analyst (former Alliance, Millenium). “Handling the Pressure” will be a series of articles focused on giving an insight on mental side of being a pro player, what difficulties player encounter on personal level and how to overcome them. You can follow me on Twitter @RadovanLoL for updates on the series.