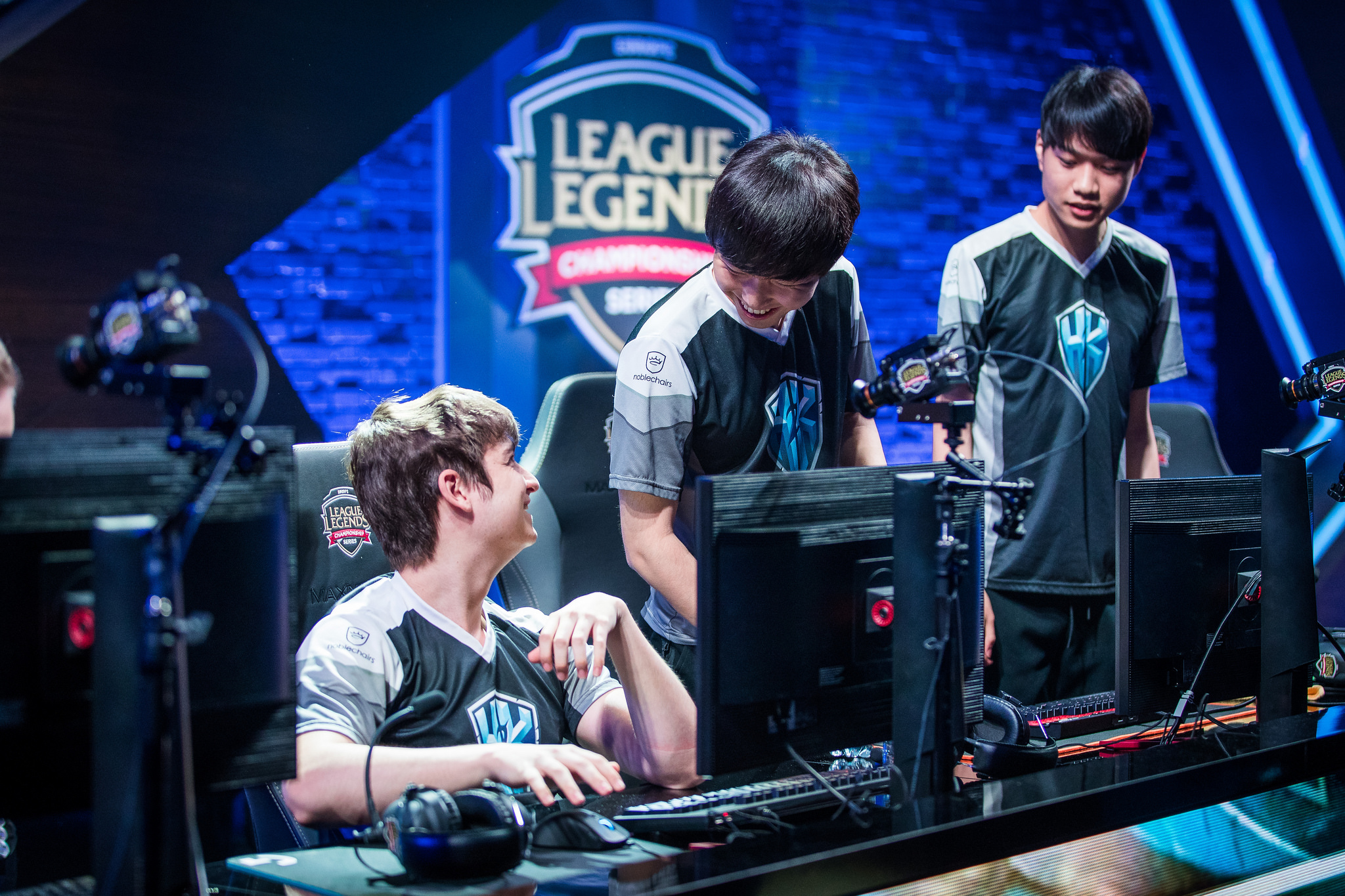 Just like last split, Group B in the EU LCS is a mess.

Three teams sat tied at 6-3 with only two weeks of competition remaining. All three were likely to make the playoffs, but avoiding a dangerous play-in game would be huge. Dodging either Fnatic or surging G2 in a potential playoff semifinal would also be a boon to a team with championship aspirations.

Well, tied they are no longer. H2K just took down Splyce in a comprehensive 2-0 victory that showed everyone that they are the dominant team in the group.

In the first game, Splyce took a ton of engage against H2K’s split-push-and-kite comp. Their MO was to dive hard and get picks. Instead, they were the ones getting picked off one by one. An early gank by Splyce jungler Jonas “Trashy” Andersen gave away a triple kill to H2K ADC Sin “Nuclear” Jeong-hyeon’s Tristana

Cool guys may not look at explosions, but they do carry games, and that’s exactly what Nuclear did. No matter how Splyce tried to fight them, they just couldn’t kill off the Tristana, and just like that game one was over.

Splyce wouldn’t last much longer in game two. Sure, they kept the kill score closer. But H2K jungler Marcin “Jankos” Jankowski got First Blood in the mid lane, which allowed H2K to drop two turrets within 12 minutes.

From there, it turned into a battle of ADCs, with Splyce desperate to protect Kasper “Kobbe” Kobberup’s Kog’Maw. The fights went back and forth depending on which ADC got blown up first. But due to their map control, H2K were simply able to take much more off of won fights—right up to the Splyce Nexus.

Splyce need to fix their early game issues, a longstanding hex on the team. H2K are sitting pretty—their next big test comes next week against Unicorns of Love in a match that should determine first place in the group.