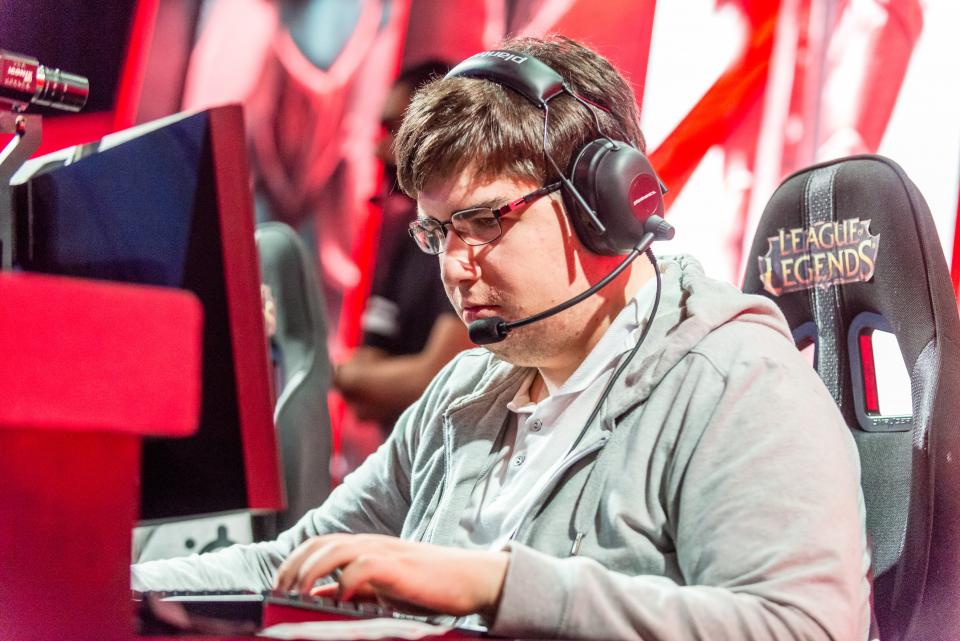 After their win against CLG at IEM Cologne, many fans expected that a new Gambit was about to rise. Although legends Darien, Alex Ich, and Genja had been scattered to the winds, a new lineup featuring rookies Cabochard, niQ, and Pinoy were able to defeat Doublelift and co. to seize victory on the stage their predecessors had celebrated on so many times before. Key to their IEM resurgence was the play of jungler Diamondprox, and many fans, Thorin included, expected that the perpetually innovative jungler would be key to Gambit’s success.

But while many fans hoped for a return to their former glory, there is no way to describe Gambit’s opening 5 games of the LCS season as anything but a giant disappointment. Gambit opened the season with a depressing 0-5 record, and the franchise, once associated with excellency, looked destined for relegation. Observant fans noticed some extenuating circumstances – Gambit had been unable to practice due to the need to move into their new gaming house as well as a lack of internet at their practice facilities. Nonetheless, even the most devoted Gambit fans could only pray that their heroes would be able to escape relegation.

These prayers have been richly rewarded. Gambit has won their last 5 games, even when matched up against top teams like Fnatic. If we use recent performance as the judge, Gambit themselves are now a top team and much like the original Gambit team, their success comes in a team context. Much like with “old Gambit” this squad’s collection of eclectic players is simply catching their opponents off  guard. However, one of Gambit’s members shouldn’t be surprising anyone – the artist once known as Gosu Pepper has returned to his downright murderous self.

When fans remember the great innovators of Moscow 5, fans will immediately turn to names like Diamondprox, Genja, or Darien. Perhaps because he spent the majority of his career alongside such creative players (Alex Ich was also one of the most creative players of all time, pioneering picks such as Evelynn or Kha’Zix to great extent) Edward has become an extremely underrated innovative player. Even the move he created, the “Empire,” or a Nunu ult in a bush, has been named after his team rather than himself! The defining characteristic of Edward’s innovation has been his downright refusal to accept Riot’s constraints on the support role. His desire to carry from that position would often make a mockery of Riot’s balance team. From taking Ignite rather than defensive spells in Season 2 to this hilarious 1v1 on a massively farmed Kennen support during Season 4, it’s clear that no matter what Riot does, Edward will find a way to carry his team from this supposedly supportive role. (In many respects, his desire to make plays from the support role completely re-defined a once-passive position, as Ari Storm describes here.)

Nowhere has this been more apparent than Edward’s approach to starting items. Under the assumption that supports need extra gold generation due to their inability to farm, Riot’s balance team has repeatedly added innate gold generation items each season. Believing that he can farm champions rather than minions, Edward has frequently eschewed gold generation items in favor of Doran’s items or Ruby Crystals. These health items have always give him a massive advantage in early level situations, turning even a champion like Sona into a relative juggernaut. Key to Gambit’s newfound success has been another Edward innovation. Noting that all-in situations are unlikely due to frequent lane swaps, Edward has gone with an anachronistic Boots and four potions start. This allows him to play extremely far forwards on otherwise squishy champions like Annie – the improved mobility allows him to easily dodge jungler ganks simply by walking backwards. At the same time, this improved movement grants Gambit some deadly early starting strategies. In their game against Fnatic, an overzealous invade by Diamond and Edward led to Diamond’s death after a crafty ward from YellowStaR. During ReignOver’s attempt to further punish Diamond, Edward was able to easily beat Fnatic to the scene, securing both a kill onto ReignOver and scoring another kill after running down a fleeing YellowStaR.

While this boots start may not be for anyone (or anyone other than Edward) Edward has always been a player who plays his best when marching to his own tune. This return to innovation is one of many hopeful signs for the man who has made a career out of mocking the conventions of his role.

The original Moscow 5 lineup won not just through their individual mechanical brilliance, but through the fascinating synergy between their players. Many of their players had seemingly disjointed styles that worked beautifully as a 5-man unit. However, the most distinctive synergy was obvious. The combination of Alex Ich and Diamondprox defined Gambit – from smashing lanes to finding picks to carrying teamfights. While pairings like Edward and Genja or Alex and Darien seemed like odd couples that nonetheless played together brilliantly, Alex and Diamondprox were an obvious match made in heaven. It’s extremely natural for an extremely aggressive, innovative, and skilled duo to simply steamroll through their opponents.

Now, it’s Edward’s turn to take part in these obvious defining synergies. While Gambit’s two solo laners are probably two of the most underrated players for their roles (I personally think both are top 4/5 in their region) many of Gambit’s games come on the back of the synergy between two pairs: Diamond and Edward and Pinoy and Edward.

From interviews, it sounds like the Diamond and Edward pairing serves as the team’s leaders. In many respects, this is common sense. As the only remaining players of Gambit’s days as Moscow 5, it would only be natural for them to captain the squad. However, the key to the team’s success has been their rapport as in-game leaders. Diamond and Edward serve as the catalysts for a team with two fairly defense-oriented sololaners. In the early game, their synchronized roams have granted Gambit significant snowball advantages – their competence at both invading and ganking will almost always grant them the element of surprise. In the teamfights, both players excel at starting fights either from awkward angles or with unpredictable timings. While this team and the original Gambit have many obvious differences, with Edward and Diamondprox, some of their key AoE teamfighting elements have remained.

The addition of the ludicrously aggressive Pinoy to Gambit’s bot lane in replace of Genja has finally given Edward a lane partner that matches his all-in style. Because both of these players are so aggressive, even if they fall behind, opponents need to be on their toes – a single hook or stun from Edward can spell death. This wild aggression draws significant jungle pressure, somewhat similar to Darien’s “feed to win” style. This is particularly key for this Gambit team – niQ is generally a very passive laner, even on assassins, Cabochard does frequently win lane, his playstyle is built off of accumulating small advantages. In Pinoy and Edward, Gambit have a lane that is guaranteed to create early game action, even in the 2v1. Unlike Darien, Edward and Pinoy rarely will feed, Edward was greatly improved on his vision control (he ranks 5th in the West, as seen here) and the pair have decent rotational play. Rather, their aggression usually either leads to snowballing potential in the 2v2 (as Doublelift’s IEM Game 1 can attest to) or significant zone onto the opposing top laner. Both players have adjusted well to both each other and the tougher bot lane competitive this EU split. Their growth has already provided Gambit with a defining lane doing the early stages of the game – we’ll have to see what more they can bring in the future.

Edward’s most prominent nickname, “The Support Carry,” more or less perfectly describes his career thus far. While it rightfully notes his aggressive style and his ability to score kills, it also carries a flip side. Edward in Moscow 5’s prime was never great at vision control or peeling, especially when compared to his world-class counterparts such as MadLife or Xpecial. As seen from his Summoning Insight appearance, Edward’s ability to call timers was also severely lacking. In general, Edward would use aggression and his higher gold income due to kills to compensate for his lacking attributes, more often than not to great success.

However, this Gambit has seen a much improved Edward in terms of conventional support play. As mentioned earlier, Edward is currently 5th in the West for wards per minute, clocking in at 1.351 wards per minute (in an average-length 35 minute game, that would total to 41 wards. Likewise, his ability to peel for his backline has seen improvement – while he still scores many of his aforementioned engages, he has shown an increased willingless to turn back and stun opponents trying to kill Pinoy or niQ/Betsy. (However, this simply may be due to the changed team composition of Gambit rather than a genuine improvement or change in personal playstyle. Edward may have always been able to peel but simply didn’t need to because of Genja’s independence and Alex’s diving style.

Edward is back and a moribund team seemingly destined for relegation has suddenly become one of the strongest teams in Europe. Edward has been called many names in his long and storied career – The Support Carry, Gosu Pepper, The Thresh Prince, the list goes on. With IEM just around the corner, Eddy looks to win back a title he hasn’t heard for the last 3 years – IEM World Champion.