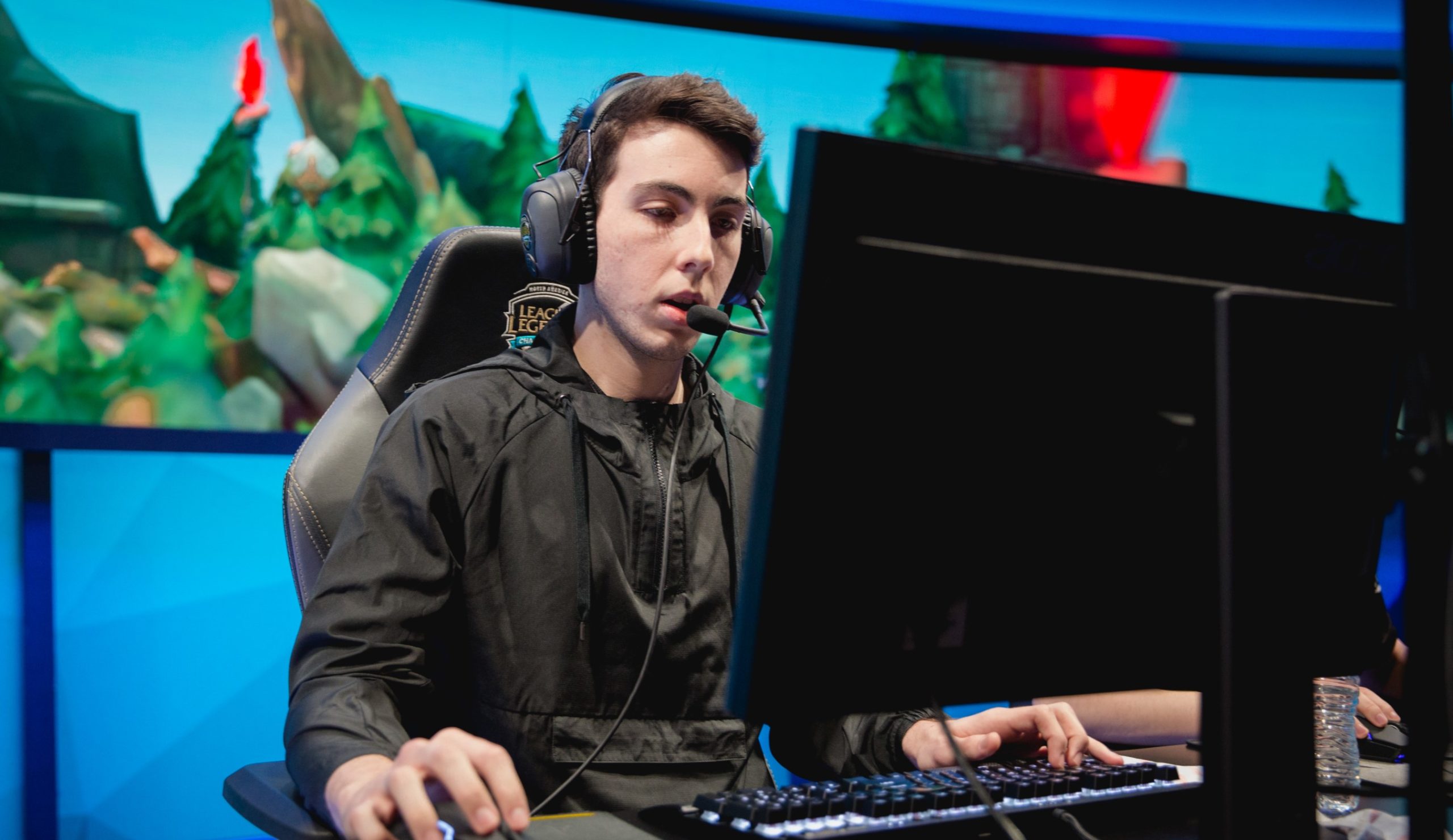 In the biggest upset of the 2021 LCS Spring Split to date, Golden Guardians took down 100 Thieves in a monstrously long 56-minute League of Legends game.

“I think regardless of whether we won it or not, we would have felt good about this game. We accomplished a lot of the things we were trying to work on,” Golden Guardians’ head coach Nick “Inero” Smith told Dot Esports after his team’s win today. “To come out with a win will obviously help the guys. Obviously, it wasn’t perfect. But it’ll just feel good to get a win and add some motivation.”

Golden Guardians’ defense-oriented team composition paid dividends during the early and middle stages of the game, keeping the contest practically dead even in gold and objectives throughout the first 28 minutes of the matchup. It wasn’t until Golden Guardians took all of their scaling potential and turned it into a four-for-two teamfight victory. The teamfight thrusted the game into its later stages, while resulting in a Baron take and eventual lead of 5,000 gold for Golden Guardians.

Golden Guardians continued their objective-focused, late-game approach throughout the game, and 36 minutes into the contest, the team secured an Infernal Soul, as well as another Baron buff.

But 100 Thieves would not be deterred. The team managed to win several teamfights and secure an Elder Dragon along the way to the 55-minute mark, extending the game long into the late game. But when Golden Guardians caught the Thieves’ support huhi out of position, the game reached its climactic finish, with Golden Guardians securing one final four-vs-five teamfight to win the game.

Even despite the massive win to close out the first round-robin, Golden Guardians is still looking up at a strong portion of the league with three weeks left to play. A 2-7 record throws the team into, at best, ninth place in the LCS.

“With the way things look, it doesn’t look like playoffs will be super attainable for us. It’s going to be very hard for us to reach that point,” Inero said. “We’d almost have to win out to even get a tiebreaker. We’re more focused on improving specific concepts. We want to show what we do in scrims on stage.”

So while playoffs might still be a pipedream for Golden Guardians, 100 Thieves, on the other hand, is still very much in the picture. The team suffered its first 1-2 week of the split after coming out of the gate firing atop the league and currently sits in a share for second place alongside TSM and Dignitas.