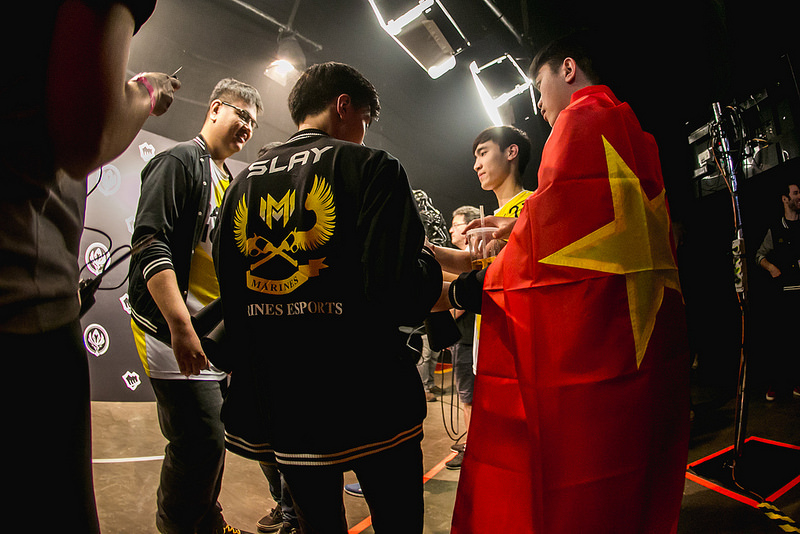 Vietnam’s GIGABYTE Marines have booked themselves a ticket to Rio de Janeiro as well as the final spot in the Mid Season Invitational’s main event.

Following their losses to Team SoloMid and Flash Wolves respectively, GIGABYTE Marines and SuperMassive fell to the final decider match of the MSI play-in stage, where the winner would advance to the main event.

Early into game one of this best-of-five Marines initiated a tower dive onto SuperMassive’s duo. Unprepared to fight back, SuperMassive made a lackluster response to Marine’s engage. Marines were clearly more coordinated and ended the dive with five kills and the first turret of the game.

From this point on the game was all but over. Marines had an immense lead over SuperMassive, and exploited it through repeat engages until their opponent’s Nexus finally fell.

With their heads clear, Marines returned from their loss to convincingly win the next two games. Through Đỗ “Levi” Duy Khánh’s early ganks, the rest of the Marines were able find leads against their lane opponents. Marines easily transferred their early leads into the mid game, winning almost every teamfight. SuperMassive were unable to come back in both games and quickly lost their Nexus to the Marines.

With their series win today Marines advance to the MSI main event, where they will play against the representatives of North America, Europe, China, Taiwan and Korea.

Marines’ first match of the main event will be a rematch against NA’s TSM, who they were one game away from beating the last time they fought. MSI will resume Wednesday, May 10 in Rio de Janeiro.