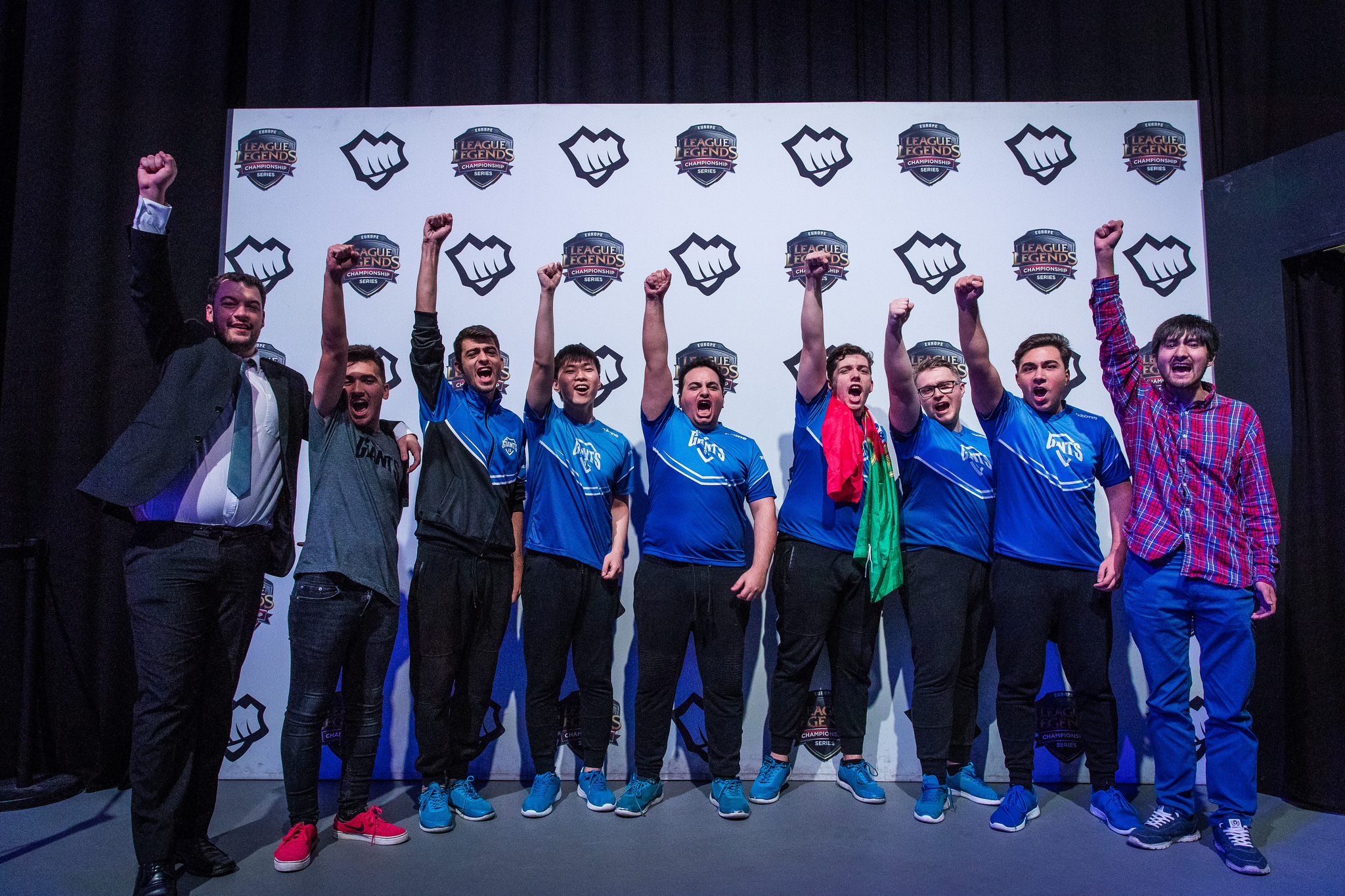 One of the more depressing storylines in the EU LCS 2017 Spring Split was the fall of Giants Gaming.

After an audacious summer last year where they made playoffs, the team fell apart after lane swaps were banned. The swoon continued into this year, but few thought they would fall out of the LCS altogether. But that’s what happened when an unfortunate remake led to a bottom-two showing and a loss in last split’s promotion tournament.

Finding themselves in the Challenger series, the team decided on a reboot of the roster and strategy. Gone is the focus on split pushing, and in are coordinated team movements that lead to tempo advantages and dive opportunities.

That almost got them in trouble against Schalke 04 in Thursday’s promotion match. This one was huge—win and they would be in. But in the first game, it was Schalke top laner Lennart “Smittyj” Warkus’ consistent split push that doomed Giants.

But Giants stuck with tank-laden teamfight comps and were able to pick up a win in reply in game two. That style worked again in the third game to get Giants to match point.

Schalke weren’t done though and made quick work of game four to bring out the “Silver Scrapes” and set up a pivotal fifth game. It was tense, as elimination games usually are. But Giants consistently used proactive map movements to create tempo advantages and take towers, even while staying only even in kills.

Then, disaster struck. Giants went for Baron but Schalke won the fight.

That they were able to get two out of the Baron pit was crucial. And their setup around the next objective fight was much better.

SmittyJ had been great for Schalke, but Kim “Ruin” Hyong-ming’s Cho’Gath controlled that fight. Giants ran into the Schalke base for two inhibitors and the game was basically over.

It wasn’t always pretty, but this is a huge win for the Giants organization. They showed that, after a split in the Challenger Series, they’ve evolved. The hope is that their evolution will continue next year in the LCS.