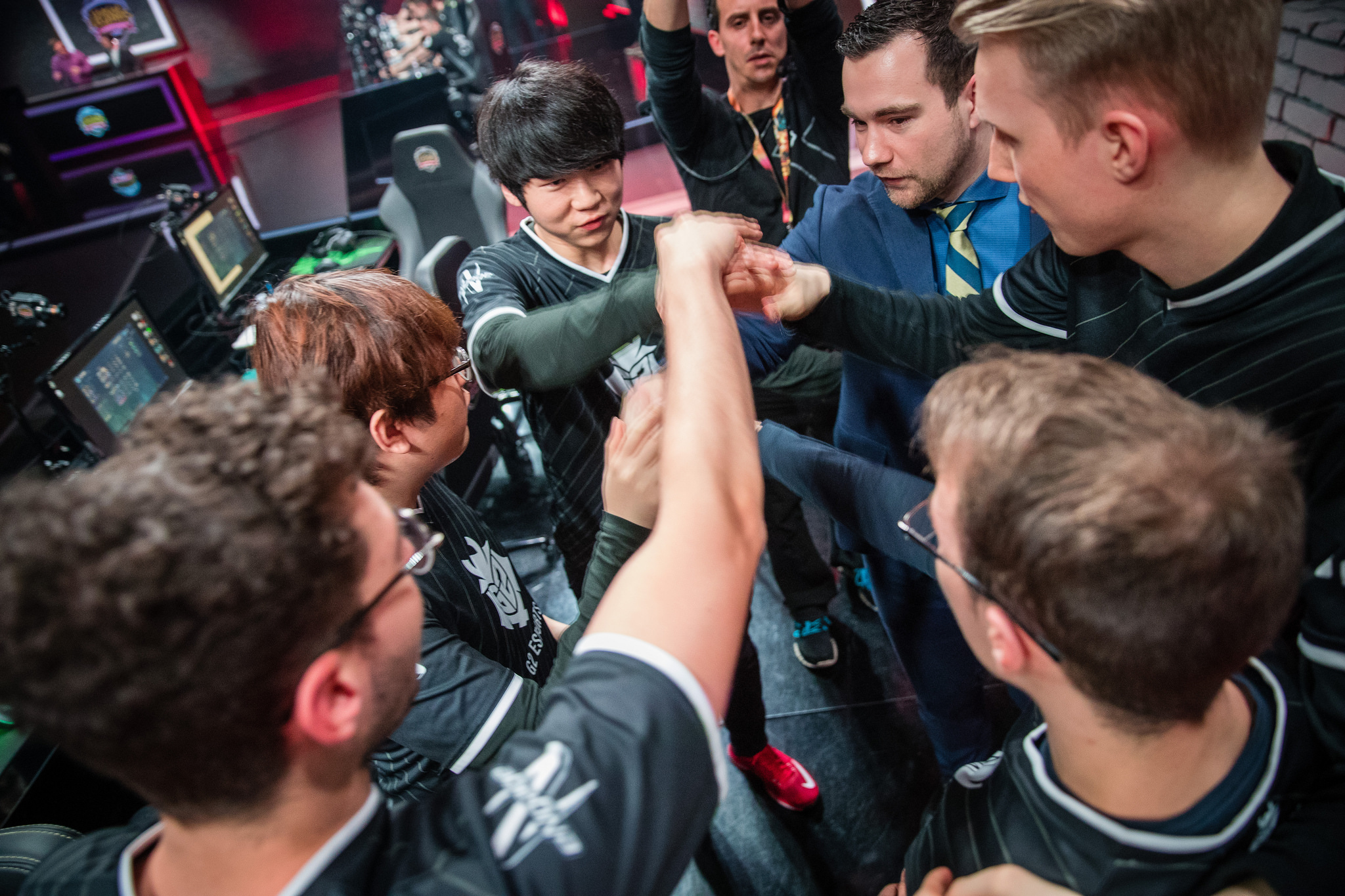 Despite the IEM Katowice break, G2 Esports have got straight back to work in the EU LCS, maintaining their undefeated streak.

G2 Esports are now 8-0 for the season after picking up yet another win, and retain their top spot in Group A. This week it was Vitality’s turn to fall to Europe’s best in a swift 2-0 series.

Neither of the games were particularly close, as G2 prevented Vitality from taking a single objective in either game. With 16 kills to eight in game one, and 11 to three in the second, G2 dismantled the struggling French side.

While G2 are still top of Group A, Vitality find themselves languishing at the bottom of Group B with a 1-6 record. Their only win so far has come against Origen, who sit below Vitality at 0-7 having entered the record books with the longest losing stream in EU LCS history.

While G2 retained their top spot in Group A, the once-undefeated Unicorns of Love had another rough week. While they picked up one win against winless Roccat, the Unicorns were beaten by Group A second-place side Misfits.

That loss leaves H2k-Gaming in the lead in Group B, with a 2-0 win over Fnatic seeing them match UoL’s 6-2 record.

Splyce kept themselves looking good for a playoff spot in Group B with a 2-0 win over Giants Gaming, leaving them four wins ahead of next team Vitality—and only one behind group leaders Unicorns and H2k.

Fnatic find themselves batting .500 with a 4-4 record, but with Roccat and Giants struggling Fnatic will likely qualify for the playoffs.