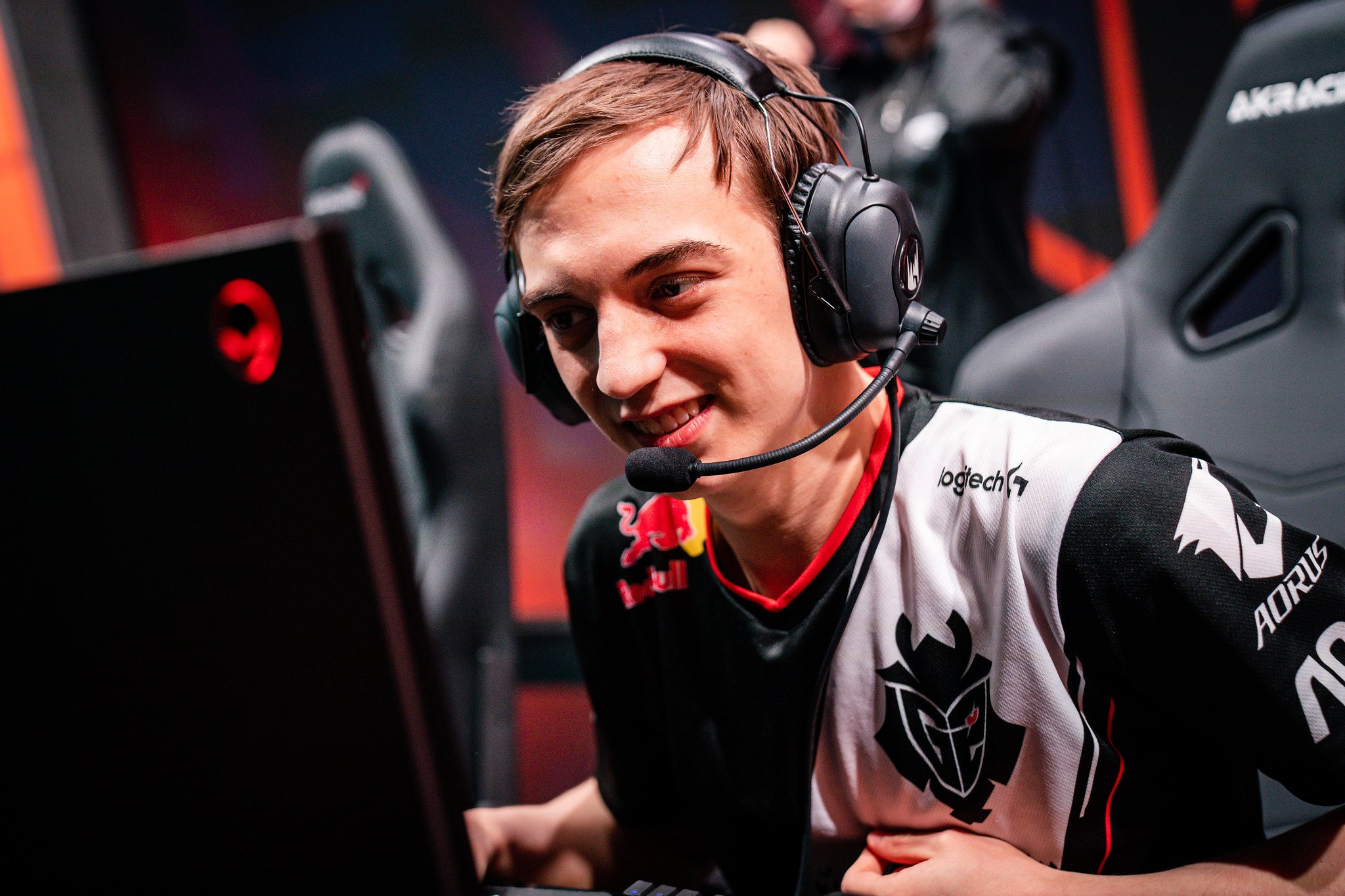 The matchup between G2 and Rogue had been slated to be the best of the LEC Spring Split—and their game today definitely did not disappoint.

Although not quite the most well-executed, pixel-perfect game League of Legends fans were expecting, the matchup offered unique drafts, nail-biting objective trades, and a late-game fiesta befitting the two best teams in the LEC. Rogue fought hard, but G2 took the victory in a 50-minute match, leaving the teams tied for first in the LEC standings.

A game surrounded by as much hype as this one deserves an intense draft. Rogue locked in the unorthodox Vayne/Gragas bot lane against Rekkles’ iconic Jhin. All three champions have seen little to no presence in the LEC bot lane so far this split. G2 added to the madness with a Quinn pick on the top side for Wunder, and after a week of teasers from various G2 members, Nidalee was locked in for Jankos.

The game got off to an explosive start, with heavy skirmishing in the bot lane resulting in first blood for Hans sama followed by a kill for Rekkles. With both teams chalking up kills on the board, the game quickly accelerated in G2’s favor. Despite Rogue picking up two early dragons, G2 maintained a consistent gold lead that carried them through to a comfortable mid-game advantage.

But G2 got cocky, and on a nearly game-ending push into Rogue’s base, they ran one by one into a sea of Larssen’s sand soldiers. With a now-fed Azir in the mid lane, Rogue briefly staunched the bleeding of their poor early game, pushing G2 out of their base and partially resetting.

Despite Rogue’s best efforts, their reset was not enough. They traded Mountain Soul for Baron Nashor, but even buffed-up Baron minions failed to stop the G2 onslaught on their base. After a bloody 50 minutes, G2 took victory in one of their strongest showings of the split so far.

This game was a statement from G2. Many doubted their ability to perform against Rogue in the leadup to this series, and this performance went a long way to silencing those doubts. Their next game will be against Astralis on Feb. 19, where they will look to pull ahead of Rogue and secure sole possession of first place in the LEC.