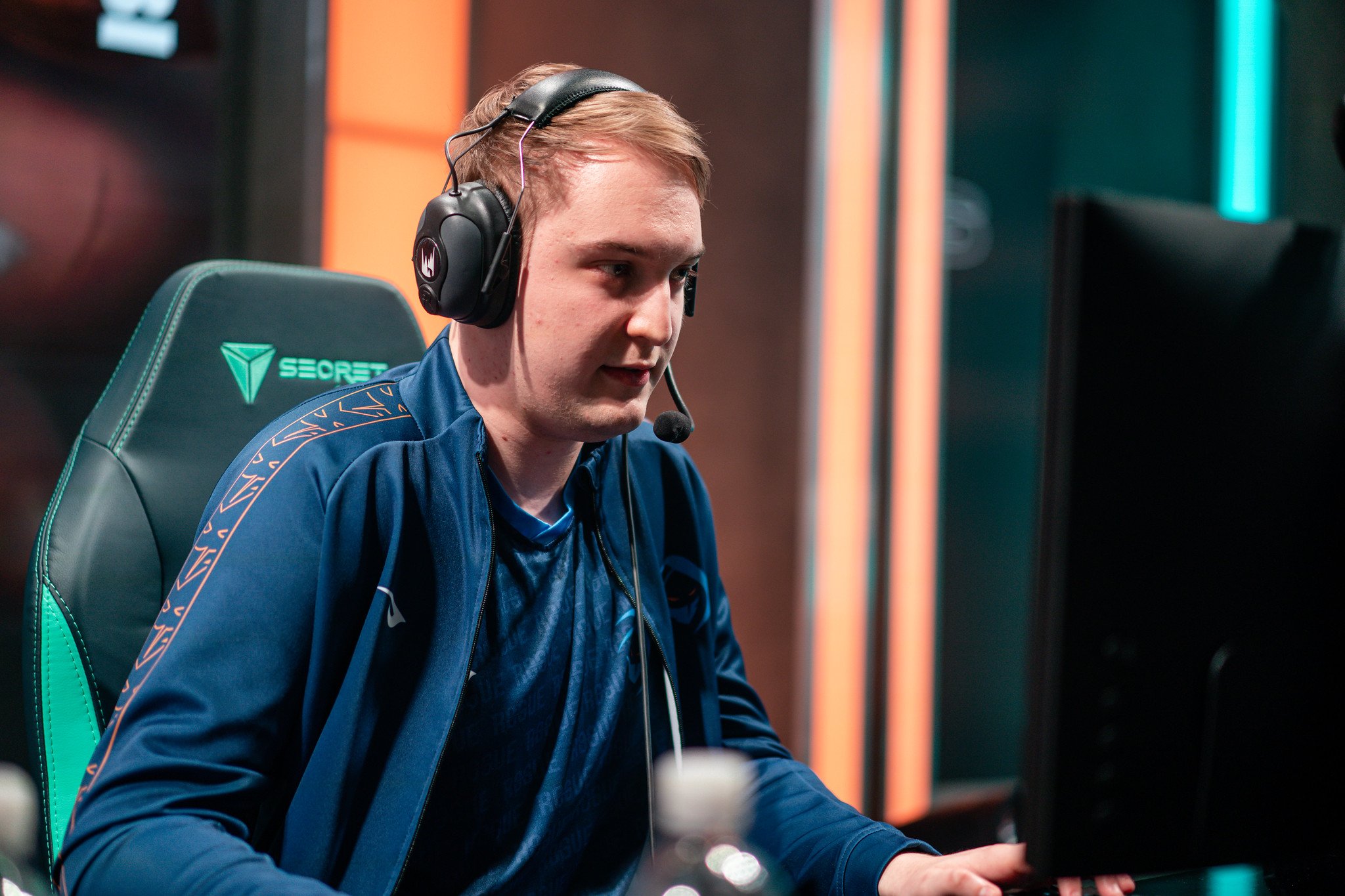 It’s safe to say that few League of Legends fans expected this matchup to be in the losers bracket finals. In one of the most surprising twists of the 2021 LEC Spring Split, G2 Esports were knocked into the losers bracket by MAD Lions last weekend. Now that MAD are waiting patiently in the finals, G2 will have to take down yet another challenger if they want to secure their fifth-consecutive LEC finals spot.

That challenger is Rogue, who dismantled Schalke 04 in convincing fashion to claim their spot in this matchup. Rogue’s journey through the playoffs has been just as challenging as G2’s, though, losing to MAD in the first round despite finishing the regular season tied for first place. If MAD are the god killers, then G2 and Rogue are the gods who must do battle here for a last chance to defeat the young upstarts who have wronged them throughout the course of the 2021 Spring Split playoffs.

If this matchup had taken place at the beginning of the playoffs, results would have suggested a fairly clean 3-0 victory for G2. Rogue struggled against G2 in the regular season, going 0-2 despite two closely fought games. But the regular season is a distant memory now and G2 have looked uncharacteristically shaky throughout the course of the playoffs. Their loss to MAD aside, G2 were taken to five games by Schalke 04, the fourth-place regular season finishers and one of the weaker teams in the LEC playoffs.

It’s difficult to gauge whether those five games were a result of G2’s underperformance, Schalke’s overperformance, or some combination of the two, but the outcome remains the same. The presence of the greatest European team of all time in the finals is no longer guaranteed. The question remains as to whether Rogue can achieve the goal that eluded them all split long: Can they finally beat G2?

What do the numbers say?

G2’s underperformance in the playoffs has left them with some uncharacteristic statistics. They have the longest game time in the playoffs at 35 minutes and the second-biggest average gold deficit of the playoffs at 15 minutes, according to League stats site Oracle’s Elixir. They’re not achieving the same kind of early-game leads that fans have come to expect from some of Europe’s most talented laners. Their objective control has also been sloppy, partially because of their frequent decisions to draft scaling picks rather than early dominance.

Rogue, on the other hand, have been putting up some fairly consistent numbers in the average gold difference and first tower departments. They’re averaging a 1,532 gold advantage on the enemy team at 15 minutes and have secured 63 percent of first towers in their playoff games, the highest in the league. This is uncharacteristic, especially since Rogue weren’t a team known for their early aggression in the regular season.

Essentially, we’ve seen these teams swap playstyles so far in the playoffs. G2 have moved away from early-game aggression while Rogue have focused more on gaining early gold leads. But neither has been entirely successful in these style transitions and both have looked far weaker because of it. If you were to look at statistics alone, Rogue have, so far, been the more successful playoff team. But statistics rarely tell the entire story and the reality is that based on win records alone, G2 come into this matchup as the clear favorite.

Is a new challenger finally approaching?

It’s hard to fully understand the implications of a potential Rogue victory here without looking back at the LEC’s history. The narrative of “it always comes down to Fnatic vs. G2” is one that’s become a little tiring for LEC fans—but it’s more than just a narrative at this point. Since the EU LCS began in the spring of 2013, there hasn’t been a single regional final that didn’t involve either Fnatic or G2. That’s 16 finals in which two organizations have been a reliable constant. There’s only been one finals series that wasn’t won by either G2 or Fnatic and that came when Alliance pulled off one of the greatest upsets of all time against Fnatic in the 2014 Spring Split.

But now, there’s a possibility that the LEC will have its first final without either of its most storied teams. The years of talent development through Emerging Region Leagues, and the financial security of the league’s franchising model, have allowed new stars to come up through the ranks and truly compete for the title.

MAD Lions making the finals is one thing, but if Rogue were to beat G2 in this best-of-five series, it could symbolize the beginning of an entirely new era of European League. G2 aren’t out of the running just yet, however. After a rocky road through the playoffs, they’re a team with a score to settle. They may have looked shaky, but this is a team of World Championship finalists with years of experience and game knowledge behind them. If there’s any team that could turn it on when it matters most, it’s G2.

Community sentiment for this matchup is generally favoring a G2 victory. Rogue may have some of the most talented laners in the league, but G2’s history can’t be ignored. There’s no real telling where this series will be decided, but all eyes will be on the mid lane for the matchup of two of the greatest LEC mids of all time.

In a recent interview with Dot Esports, Rogue’s Larssen revealed that he’s not intimidated by the reputation of his opponent. “I don’t really think about who we’re playing too much,” Larssen told Dot Esports. “I mean, if we’re playing well, we’re going to win, and that’s something I’m very confident of, so I think it’s just all about us.”

Confidence goes a long way in a series like this where unexpected drafts and surprising tactics can make or break a team’s mental fortitude. It’ll be a tough challenge for Rogue to take down the reigning four-time LEC champions. But if they can, it might just be the dawn of a new era for the LEC.