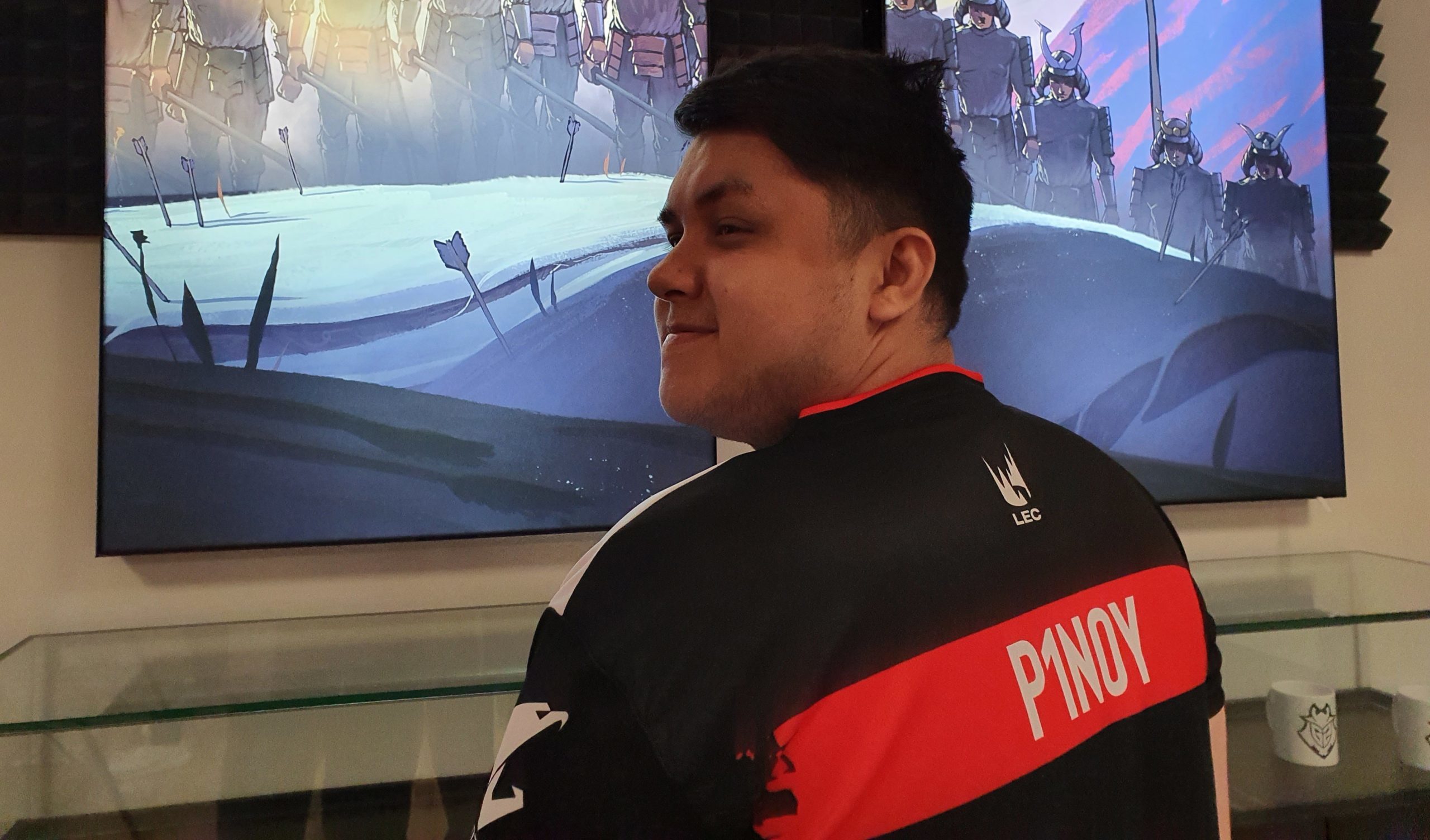 Last weekend, Kristoffer “P1noy” Albao Lund Pedersen stepped onto the Summoner’s Rift alongside the rest of G2 Esports as the team’s starting AD carry for the first time. It was a surreal feeling for the 24-year-old veteran, especially after spending such a long time away from the LEC scene.

P1noy was picked up before the season as a substitute, but it was hardly clear if he’d ever get any stage time. When star teammate Luka “Perkz” Perković announced he was going to take a week off due to stress, however, it was P1noy’s chance to experience the bright lights of the LEC once more.

The last time P1noy played on an LEC stage was during the 2015 Spring Split with Gambit Gaming. Five years might seem like an eternity in esports, but the European and Filipino fans really made him feel at home, and even gave him the extra motivation that he’s lacked over the past few years of his career.

It’s not hard to imagine how nerve-wracking it would be when joining an established, star-studded roster like G2’s. P1noy said that, when he was flown out by the team, he was a bit nervous since he “hadn’t scrimmed for like eight months,” and he didn’t know where his level was. Once he settled in and started playing, however, the passion of competition started to come back naturally.

“On the first day [of practice] it was kind of hard, because they really like taking every fight because they know they’re definitely more comfortable in that kind of scenario,” P1noy said. “Normally they have Perkz to calm them down [but] in that case they didn’t, so we just went even more wild in scrims. I got used to it for the last two days of scrims, so it was nice. It’s kind of easy to adapt when you have four good players and you have good staff.”

The 24-year old veteran also had some high praise for the future of the region, and the league as a whole. Ever since the EU LCS rebranded itself to the LEC, fans have been wowed by how league storylines are presented, hyped up, and brought to life on broadcast.

For P1noy, the LEC has “smurfed” its production when compared to other regions. He pointed to a great interview with Laure “Bulii” Valée, which helped him gain even more attention in the short time he was a starter.

“I think [NA’s] production team is like—they’re not bad, but you know, they’re worse than EU, not just in terms of gameplay but also production,” P1noy said. “They’re really good at creating stories for people that they want to promote, and that’s just huge for everyone because we all want to make big brands and generate money.”

He might be a veteran, but P1noy clearly appreciates the younger generation of players who’ve taken over the league. He said it’s “refreshing” to see teams like MAD Lions and Rogue rise up the ranks since it gives them confidence.

That said, he also believes that “some teams just have that ‘it’ factor” that allows them to return back to form once playoffs begins—so they should expect some serious battles as the season continues. The five guaranteed teams heading to the playoffs this season, he said, will be G2, MAD Lions, Rogue, Origen, and Fnatic. As for Worlds, he would want to send G2, MAD Lions, Rogue, and Fnatic, since he believes that having Origen at the tournament “would be quite boring,” and that “they would probably get really stomped.”

This weekend, P1noy will be replaced by Perkz on the starting roster. But as he showed last weekend, the next time he’s needed, he’ll be ready.