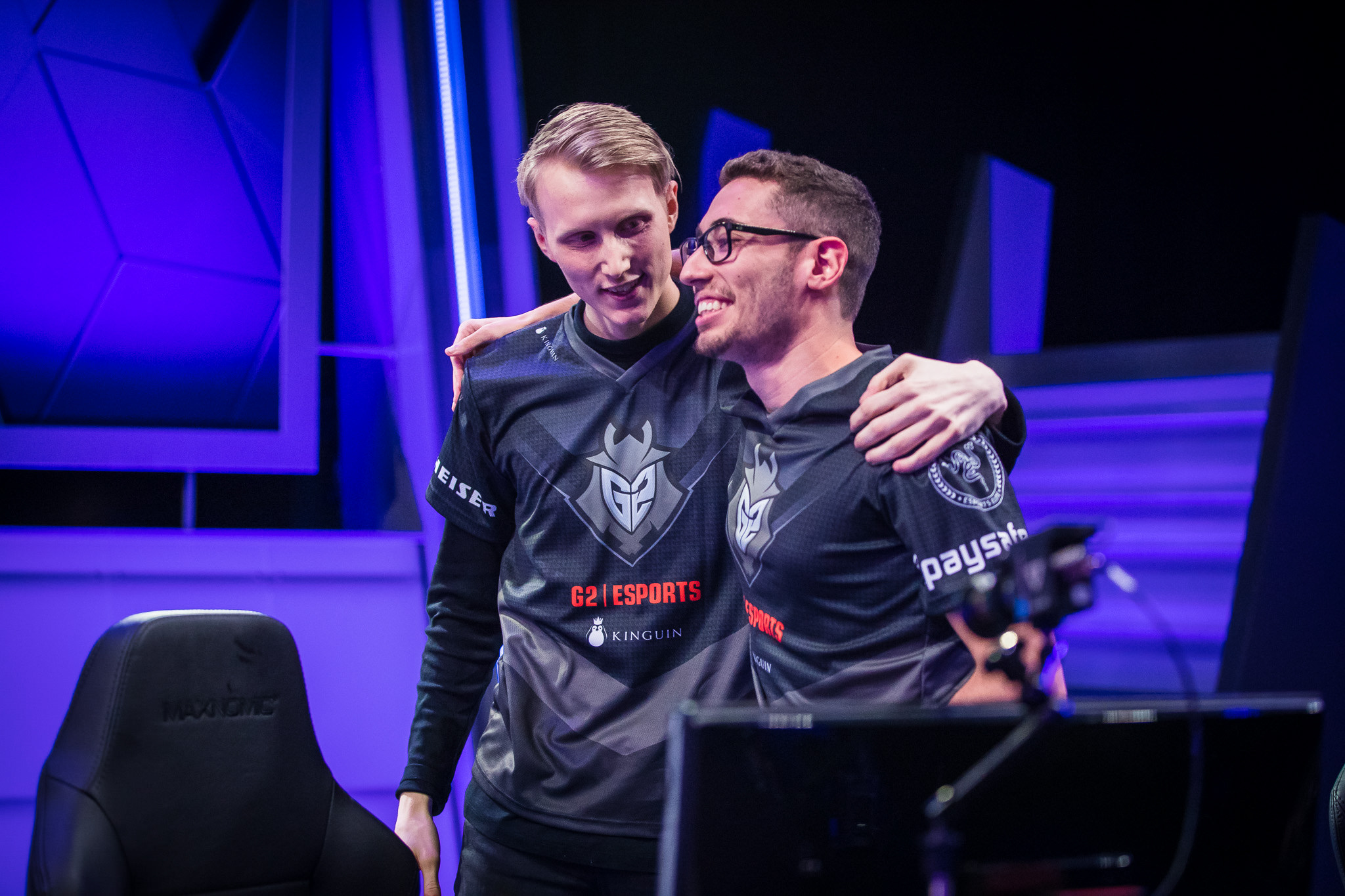 Thanks to a week to forget for rivals Fnatic, G2 Esports has reclaimed the top spot in the EU LCS this week.

Fnatic, who took the number one spot for the first time in the Summer split after last week’s performance, managed to lose both of their matches this week in a significant setback for their hopes of winning the regular season.

With G2 and Fnatic vying for the top spot, as fate would have it the two teams met for the first time this split in week five. It was G2 who came out on top with their fifth win of the season, retaking the top spot with a 2-0 victory.

Things went from bad to worse for Fnatic, as they suffered a shock defeat to Giants Gaming in their second match of the weekend. That left Fnatic three points behind G2 Esports after their first 0-2 week of the split.

G2 couldn’t take full advantage of Fnatic’s setback however, as the leaders only managed a draw against Origen.

Origen managed a second draw of the week against third place H2k-Gaming, but are still locked in a four-way fight for the one spot above the relegation zone. With a 1-6-3 record, the team is level with Team Vitality and Unicorns of Love on nine points—with the three teams now four points behind the playoff teams.

Giants Gaming were the only side to record a perfect 2-0 score this week, a significant boost to the Spanish side’s playoff chances. The pair of wins against Roccat and Fnatic doubled their total victories for the season so far.

Splyce, who joined Giants Gaming in facing the Summer promotion tournament after a dismal Spring split, continue their great form with a win over Vitality and a draw with Unicorns of Love, giving the team a great shot at reaching the playoffs in their second season.