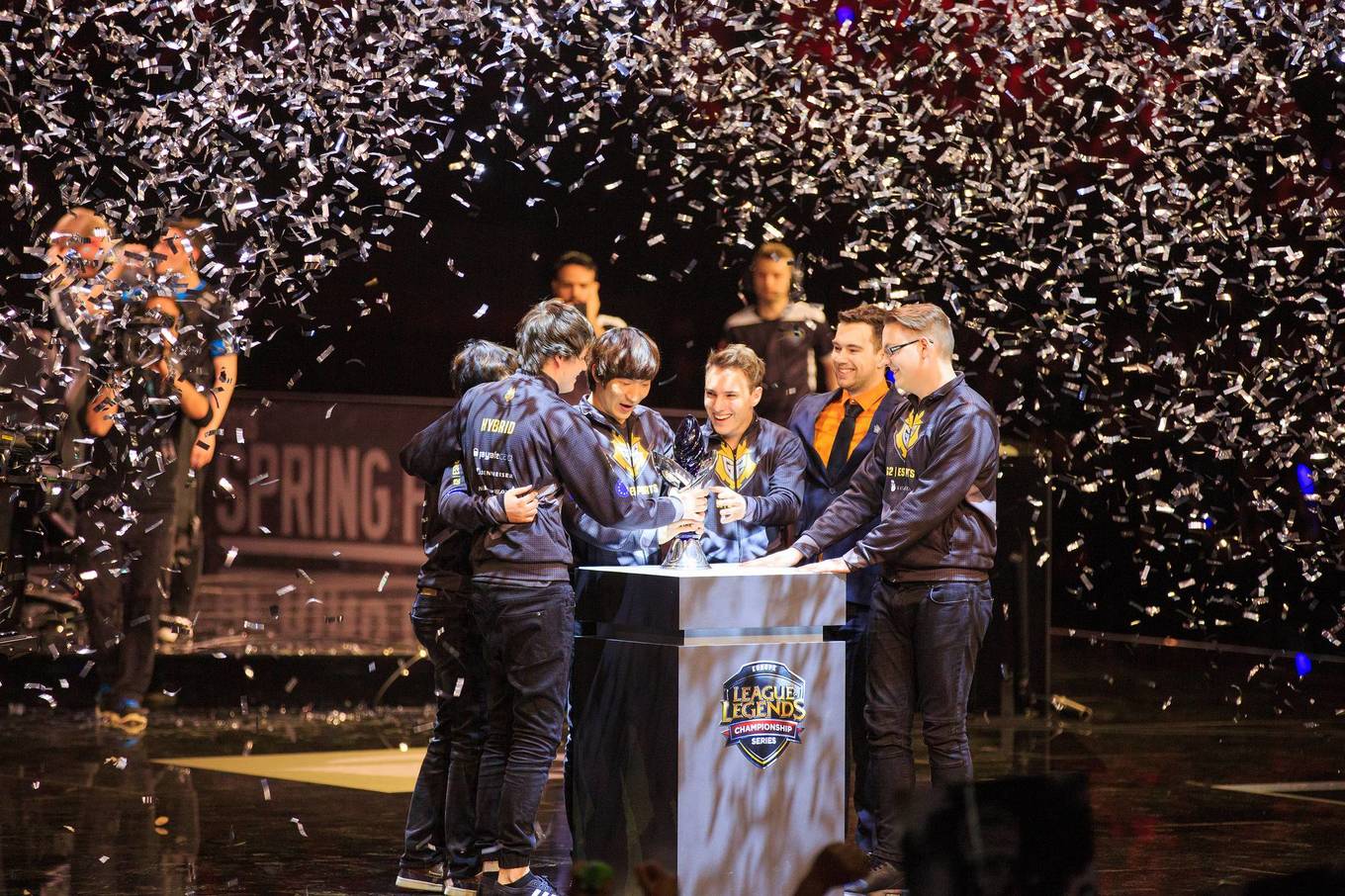 The breakout side, who spent eight of nine weeks of the regular season at the top of the table, saw off 2015 World Championship semifinalists Origen in the final to claim the spring title and the spot in the Mid Season Invitational.

G2 recorded an impressive 15-3 record over the season, with losses to fellow playoff contenders H2k-Gaming, Team Vitality and Fnatic.

After beating Fnatic again 3-1 last weekend in the semifinals, G2 put on another strong performance to establish themselves as a true top contender from the European region.

With their trademark high pressure style, G2 overwhelmed Origen in game one before the Spanish side struck back in game two. Game three was another dominant performance for G2, but the real story was the weakness of some of the Origen lineup. Midlaner Tristan “PowerOfEvil” Schrage failed to record a single kill.

With PowerofEvil underperforming, team founder Enrique “xPeke” Cedeno Martinez swapped himself in for only his third appearance of the season—but he was unable to stop the relentless G2 side, and watched as his team fell.

The second place finish is the second consecutive such result for Origen, which lost the previous Summer Split finals to Fnatic.

G2 Esports will compete in the Mid Season Invitational in just over two weeks. So far, NA champions Counter Logic Gaming and Taiwanese side Flash Wolves are the only other sides to have secured their spot.