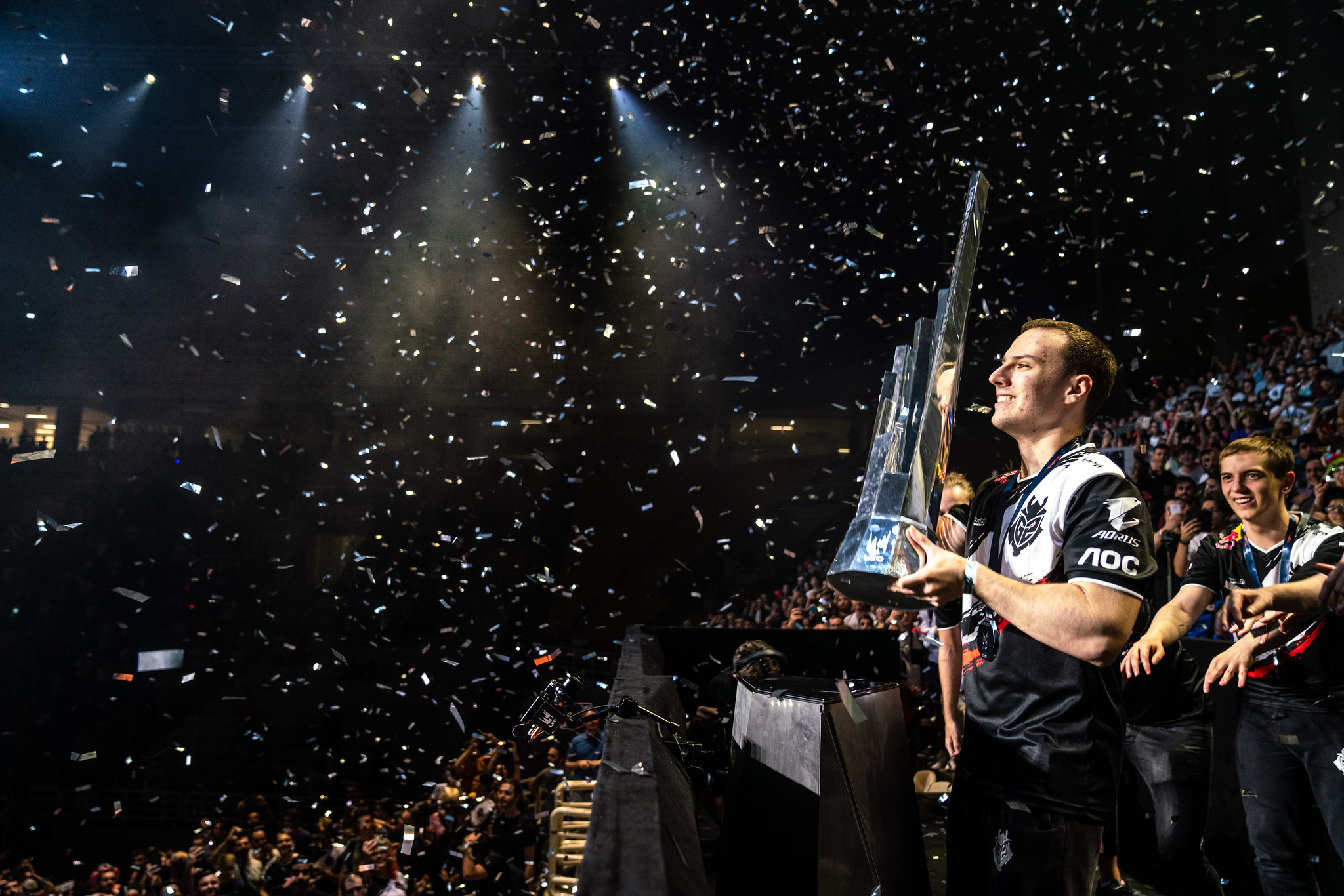 From dominating both LEC splits this year to winning the 2019 Mid-Season Invitational, G2 Esports’ talented squad have etched their names into the League of Legends history books alongside some of the greatest European players of all time. Their work is far from over, however, and the grandest stage of them all lies ahead—the World Championship.

Legends have been created out of the most important tournament of the year, whether it’s an unlikely hero rising from the shadows or a powerhouse establishing its reign as king over the world. This is where teams really test their mettle and where a player’s talents are pushed to their limit, no matter how good they might be. And this is where a team like G2 can really prove that the hype surrounding them is all warranted.

Fans and analysts have all sung praises for Europe’s top seed and for good reason. G2 have shown that they can consistently perform at an international level after their MSI 2019 performance, and almost no one was even close to their level in Europe this whole year.

But most fans know that even the greatest of teams can falter under the bright lights of Worlds. Will G2 crumble under the pressure of an entire region sitting on their shoulders or will this tournament usher in a new era of European dominance?

When you look at G2’s star-studded roster, most people can come up with an argument for each player as to why they’re the most important for the team’s success. But no one can deny Marcin “Jankos” Jankowski and his endless contributions to the roster. In fact, he was so impactful that he ended up winning the MVP award for the Summer Split.

Simply put, Jankos’ play will determine how far G2 will go in this tournament. His playstyle dictates how the rest of the team will play, while also limiting the enemy jungler’s effectiveness. His aggressive attitude during the early stages of the game usually gives G2 a huge advantage, which then gets snowballed by the team’s rapid approach to the rest of the match.

Last summer, Jankos led all LEC junglers with an incredible 73 kills to his name and a 6.0 kill/death ratio. His early-game numbers topped all junglers as well and he had the highest damage per minute to champions in his role.

If he can get going, the rest of the team will follow suit. But if he gets shut down, then G2 will have an infinitely harder time in their games. He’s the man who makes the flashy plays happen, but he’s also the one who helps keep the team together when things are getting rough. Every team needs a good engine to get things going. Jankos is that engine.

The Baba Yaga of EU

Last year, Caps struggled at Worlds with Fnatic. It was his first time at the tournament and he couldn’t seem to find a foothold against more experienced mid laners like Invictus Gaming’s Song “Rookie” Eui-jin or even Edward Gaming’s Lee “Scout” Ye-chan. In fact, Caps led all mid laners at the Worlds main event in deaths, while also sporting some pretty abysmal early-game statistics.

This year, Caps has returned and he’s ready to harness his inner John Wick alongside his teammates and get revenge for all 47 deaths he suffered in 2018. He and G2 have evolved into a beast that’s ready to take home the Summoner’s Cup—a feat that both parties almost achieved last year.

His flexibility and creativity as a player have flourished with G2 because the team allows him to. He’s also become more patient and calculating as a player—he had 12 less deaths in the 2019 Summer Split than he did last summer.

The only problem is that Caps still has a notorious tendency to flip-flop between his peak—affectionately nicknamed Claps by his teammates and fans—and his rock bottom, which is appropriately named Craps. He has to maintain some consistency to stand up to the incredible talent awaiting him this October.

There’s plenty of new superstar mid laners that will challenge him, like Griffin’s Jeong “Chovy” Ji-hoon. There’s also some old faces who will look to establish themselves as king of the mid lane, like Kim “Doinb” Tae-sang and the legendary Lee “Faker” Sang-hyeok. Will Caps stand up to the challenge this time around?

We know that G2 are the favorites to win the whole tournament. We know that they should be a shoe-in to make it into the knockout stage of Worlds. But many great teams have collapsed under the same exact circumstances.

And yet, when G2 listened as they were put into a group with Griffin and Cloud9—a really tough group—all they did was laugh and blow party horns. This is what G2 has over many other teams at this tournament: an incredibly strong mentality.

This team has been in distressing situations before, like going down 2-1 against Fnatic in the 2019 Summer Finals or battling against SK Telecom T1 in a brutal best-of-five series at MSI. This roster has always been able to keep their calm and stay true to their gameplan. They seem to be untiltable, no matter what odds they’re facing.

G2 need to keep this mindset when they take on whoever comes their way at Worlds. Focus on the task ahead and try to blur out all the pressure and expectations. There should be only one thing on their minds: play their best and bring home the trophy.