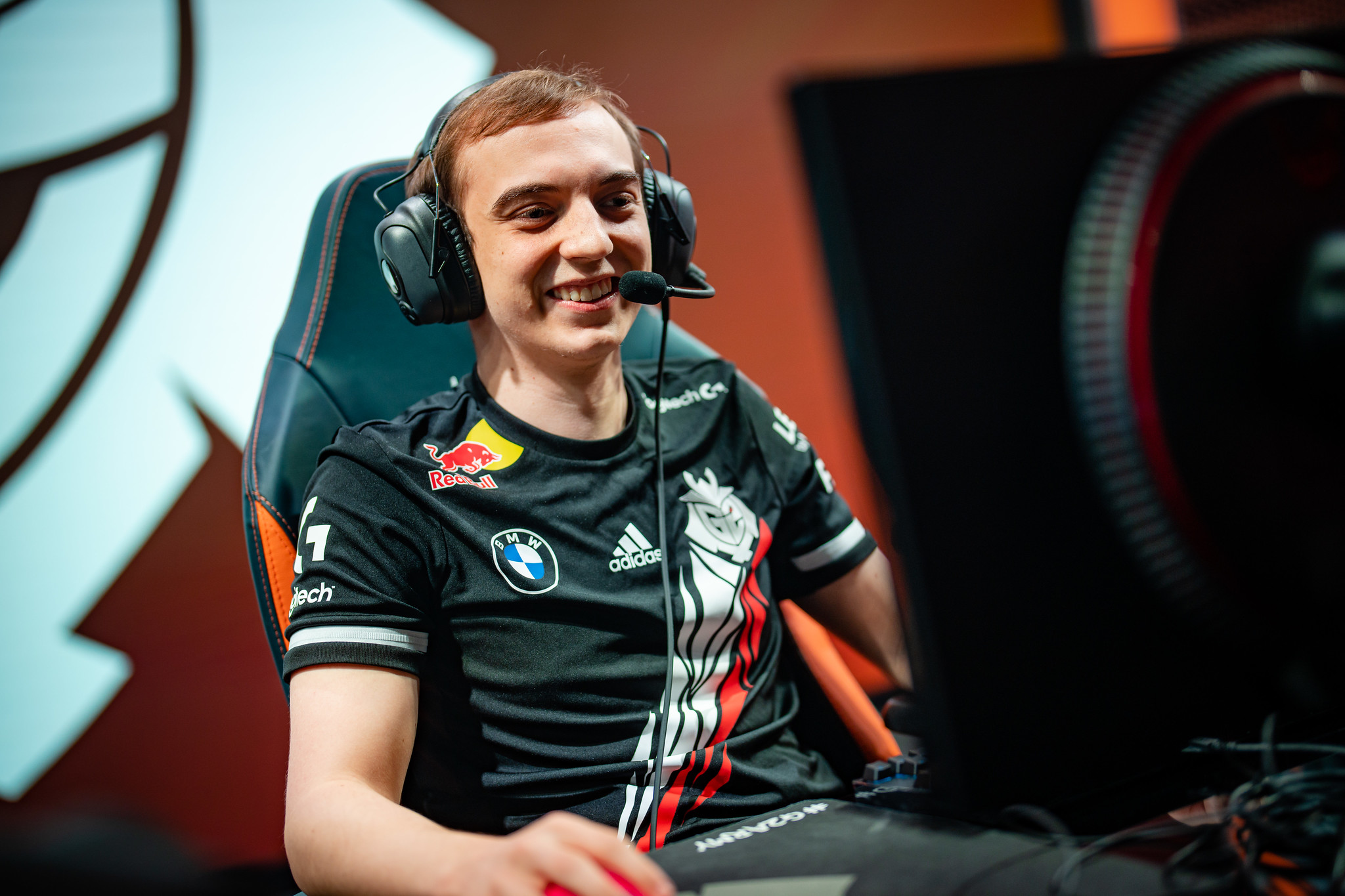 With just three days left in the 2022 LEC Spring Split, Excel Esports are so close to qualifying for the playoffs for the first time in the organization’s history. But the team will have to continue into the final two days to see if the postseason truly is in their immediate future since G2 Esports showed them why they’ve already qualified today.

G2 continue to showcase their momentum heading into the playoffs, taking down Excel and forcing them to look at their upcoming games for a chance at the postseason. Piloting League of Legends’ resident sand bird, Caps pushed this game into his team’s favor from the very beginning with G2 seeking to venture up from their fourth-place standing.

The pairing of Finn’s Gwen and Mikyx’s Yuumi quickly made it clear that Excel’s win condition would be through scaling. But a G2 composition that wanted to end sooner rather than later stood in their way. Teamfights in Excel’s favor were led by this Gwen/Yuumi combo, but proactivity from G2 made it difficult for Excel to gain any ground over their opponents.

Caps’ fancy footwork on Azir proved to be the most pivotal part of G2’s victory, not only trapping his enemies near him but ensuring that they couldn’t get away by any means. He emerged from the first few minutes of the game with five kills, one secured by himself, the others through side-stepping the entirety of Excel’s team in the top river.

With so much gold under his belt in less than 10 minutes, Caps went on to be a force that no members on Excel could match. A last-ditch effort from Excel placed them right under Caps’ man-made tower, breaking down the Jarvan IV/Gwen/Yuumi combo that afforded the opposing team some breathing room. The G2 mid laner ended his first game of Azir this split with a 10/1/6 KDA and as the player of the game, solidifying the team’s momentum heading into the playoffs.

Excel must now defeat SK in their match tomorrow to officially qualify for the playoffs. If they lose, their chances of entering their first playoffs may be in jeopardy.