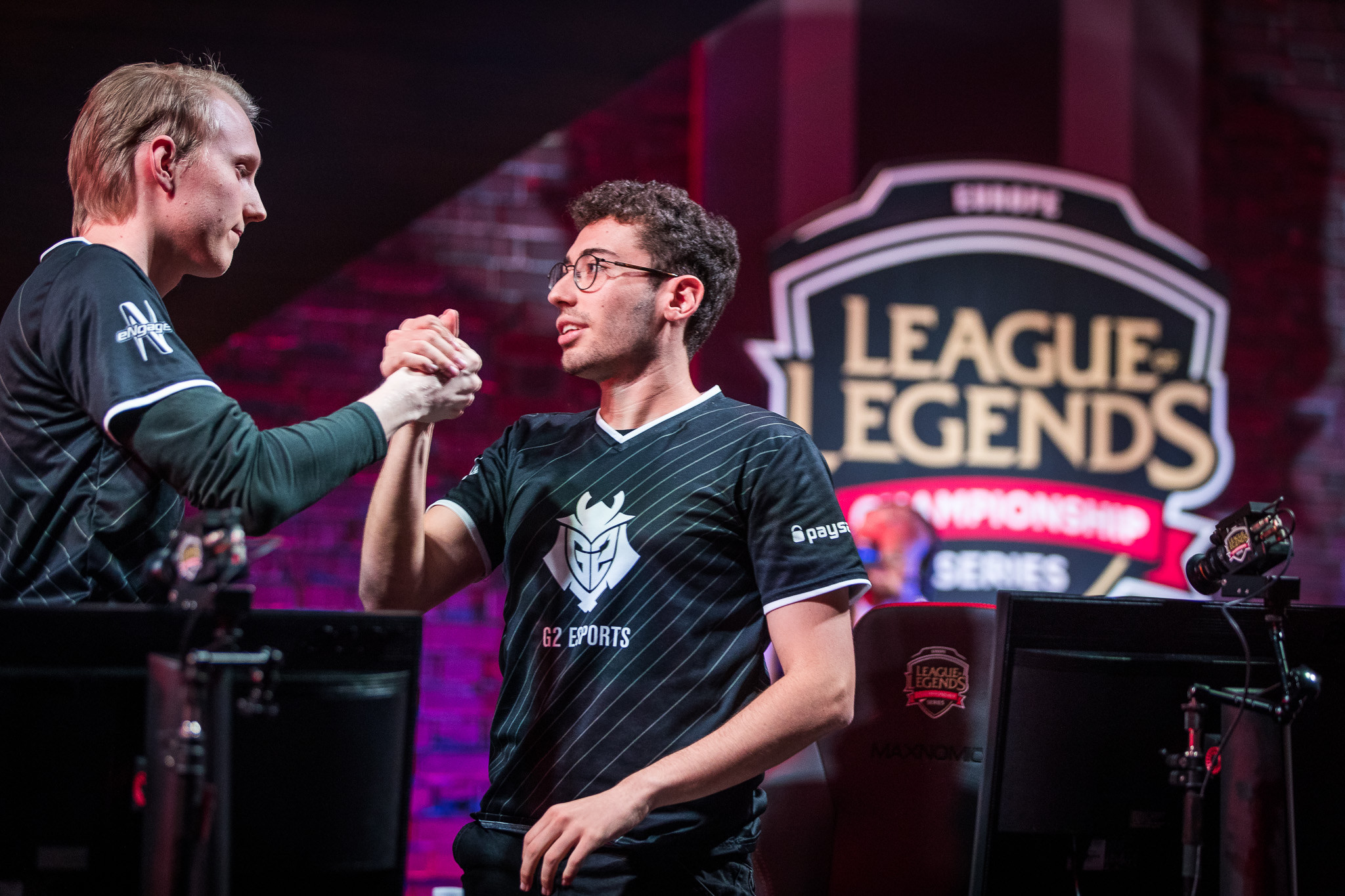 G2 has dominated Splyce in the EU LCS over the last two years. It seems like G2 have an answer for everything that Splyce like to do. In a weekend filled with playoff upsets, the series between G2 Esports and Splyce didn’t seem like it would follow that script.

Then Splyce won a game. They got back up after G2 knocked them down, and took things to a deciding fifth game, where anything could happen. Dynasties like the ones G2 have built in the EU LCS aren’t supposed too end in the playoff quarterfinals.

G2’s players made sure that wouldn’t happen.

Splyce storm to a lead

Splyce got off to an incredibly hot start in the first game. Mid laner Chres “Sencux” Laursen, who has been criticized repeatedly for being a poor laner, turned in a dominant performance on Galio. He shoved in Luka “Perkz” Perkovic’s Cassiopeia relentlessly before leaving lane and setting up plays all over the map. He was great on just his fourth Galio game all split.

Splyce were so far ahead that when they spotted two G2 members in the bot lane, they felt confident going for Baron. But one of those champions wasn’t Kim “Trick” Gang-yun’s Zac. Trick won the smite battle, the rest of G2 cleaned up the teamfight, and G2 turned the game completely around. They took down multiple inhibitors and made a mess of Splyce’s base. That’s when chaos broke loose.

One of Splyce’s biggest weaknesses against G2 is an inability to win five-on-five teamfights. But that’s how they got back into this one. Three times, Martin “Wunder” Hansen caught G2’s AD carry Jesper “Zven” Svenningsen inside his Camille ult. All three times, G2 lost the fight without their ADC. In a most unlikely manner, Splyce turned the fights and won the game.

Never before have Splyce come down from a deficit like that, not against G2. And they weren’t finished quite yet.

Emboldened by the win, Splyce tried again to aggressively gank the side lanes in the second game. This time, it didn’t work out nearly as well. This next play is what we call a clown fiesta.

Wunder and Jonas “Trashy” Andersen had a gank turned around. But seeing a big minion wave and low health bars on the side of G2, Wunder decided to teleport in, only to get himself killed again. This play—and really, the rest of the game—is one that Splyce wanted to forget. They steadily fell futher behind, Mihael “Mikyx” Mehle couldn’t hit a Thresh hook to save his life, and G2 equalized.

Splyce’s splitpush composition got online faster in the third game, with Wunder taking tower after tower on Jayce. But G2 remained patient and despite losing the map, didn’t get caught in between towers. And when the teamfighting started, even from a deficit, G2’s three-tank fight composition was unstoppable.

That play saw G2 win a fight off a Baron-empowered Splyce. The rest of the game went the same direction. It looked like, after an opening-game hiccup, G2 stabilized and figured out how to continue their dominance.

Some may have expected Splyce to fold in game four. Losing a series and game lead is a tilter for sure. Instead, Splyce saw G2’s focus on teamfighting and said to themselves, “we can do this too.” They drafted a fight comp with tank Sejuani for Trashy and threw down the gauntlet.

Trashy was everywhere. Even before getting his ult at level six, he was making plays all around the map, particularly in the mid lane. Perkz has been much better at avoiding silly deaths this split, but Splyce made his life hell. Even on a champion as mobile on Corki, he was unable to escape Splyce’s chain CC.

G2’s triple-AD draft made it easy for Splyce to itemize and Splyce won nearly every teamfight to force a fifth game.

This time, G2 went with a pick comp while Splyce drafted for traditional teamfights. For nearly half an hour, it looked like Splyce’s choice would carry the day. They built a modest gold lead by punishing Perkz and Trick in fights. But then, one Baron force by G2 turned into a catastrophe for Splyce. G2 got the objective and a near ace, shooting to a lead of their own. Then Splyce won a big fight in their red side quadrant. Neither team could crack the other’s base.

With all outer turrets down on both sides, it was getting to the point of the game that one fight win would likely mean victory. The team that got it was G2. Splyce tried to force the Elder Dragon with all their vision, but G2 responded. Perkz got an insane flank onto Sencux, and Splyce lost the dragon to boot.

Facing G2 with both Elder Dragon and Baron buffs, Splyce managed to hold after losing a couple of inhibitors. But at the next Baron, G2 proved that compositions aside, they could execute at a higher level. G2’s Alfonso “Mithy” Rodriguez was a monster all series, but this fight was his finest moment. He kept Sencux out of the fight until there was nobody left, then headbutted the Orianna to death.

G2 have been doing this far too well for too long to just fall apart in the quarterfinals. They now move to the semifinals to face H2K. As for Splyce, their shot at Worlds will lie in the regional tournament. The good news is, they’ve shown a higher level in this match than they did even all of last summer when they did reach Worlds. They took G2’s best shot, threw one of their own, and almost knocked out the kings of Europe.