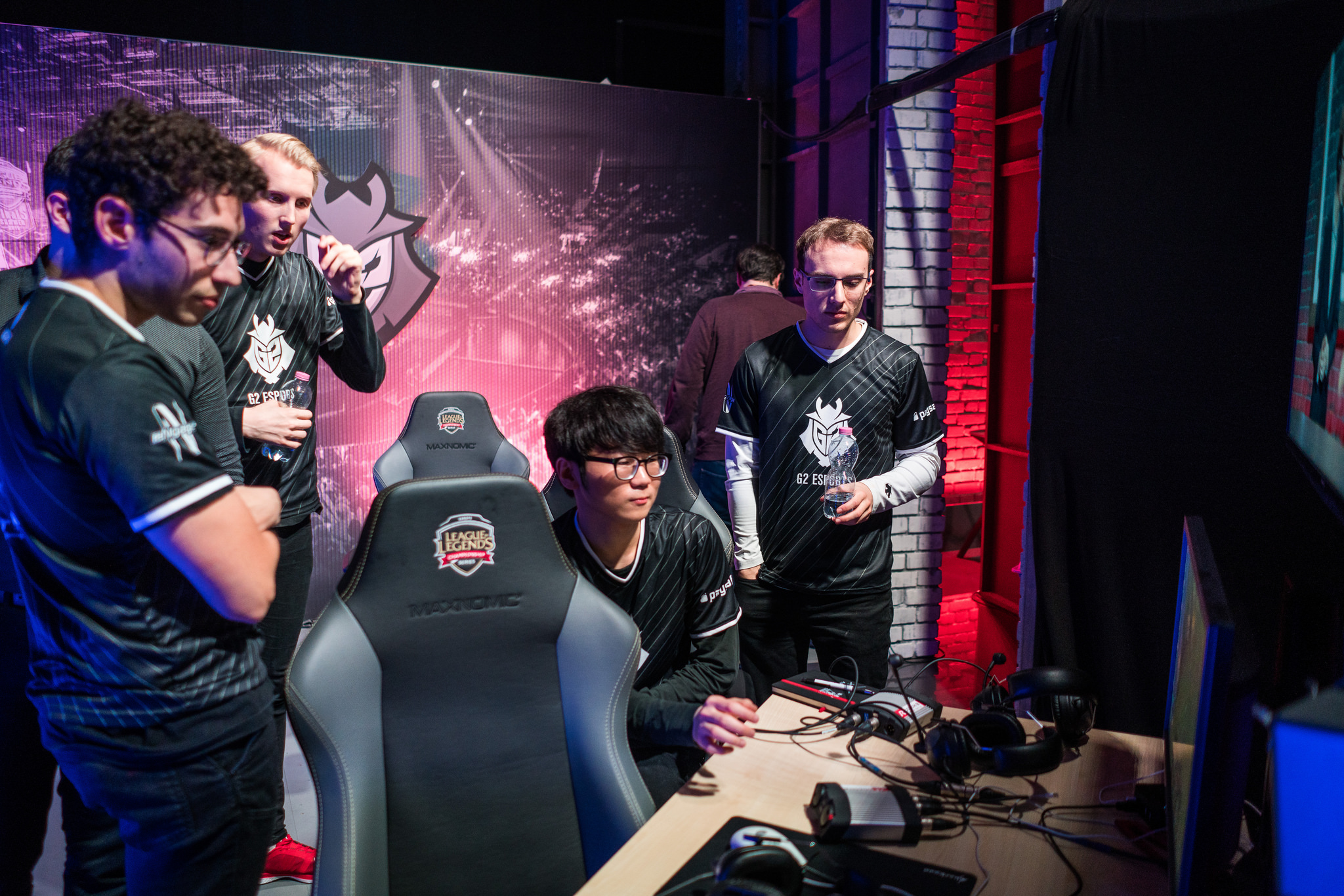 After a third dominant split in spring, G2 has looked increasingly vulnerable.

Listless losses combined with a tepid performance at last week’s Rift Rivals had many questioning the team. They didn’t look coordinated at all, and their late games were questionable.

Meanwhile, Splyce has been better in summer, just like last year. They picked up a victory over the Unicorns off strong lane play and are trying cement their place as one of the best in Europe. A win over G2 would be another important notch in their belt.

Things started beautifully for Splyce. They picked an extreme split push team composition with a surprise Jax in the top lane for Martin “Wunder” Hansen. The game went extremely slowly, which benefited their style. The first kill didn’t come until nearly 19 minutes into the game, which allowed Splyce to slowly get advantages in lane. They gave up that First Blood by over-committing for the Infernal Drake, but at least they got it.

Related: Splyce mid laner Sencux talks about the performance of the team this year vs. last

Then, Splyce lost their heads. Wunder was behind, but after he got Trinity Force, became a big problem in the side lanes. Even after G2 snuck a Baron because Splyce lost vision of the pit, things were okay. But rather than execute the comp and wait for him to push, Splyce tried to rush things.

They constantly grouped and looked to fight. In one instance, it worked. They confronted G2 at the second Baron, got some kills, and took the top lane inhibitor. Then, they fumbled their map control and handed G2 their own bot lane inhibitor for free. From there, the teamfights got more and more desperate. It got to a point where Splyce’s only option was to try and backdoor the G2 nexus.

Luka “Perkz” Perkovic’s LeBlanc was an absolute menace, and Splyce couldn’t consistently blow up the G2 team. In contrast to the slow first game, this one lasted just past 23 minutes as G2 stormed to victory.

G2 finally picked up a win over a spring playoff team, and will try to get another against H2K next week. Splyce need to regroup before two winnable matches against Ninjas in Pyjamas and Misfits next week.