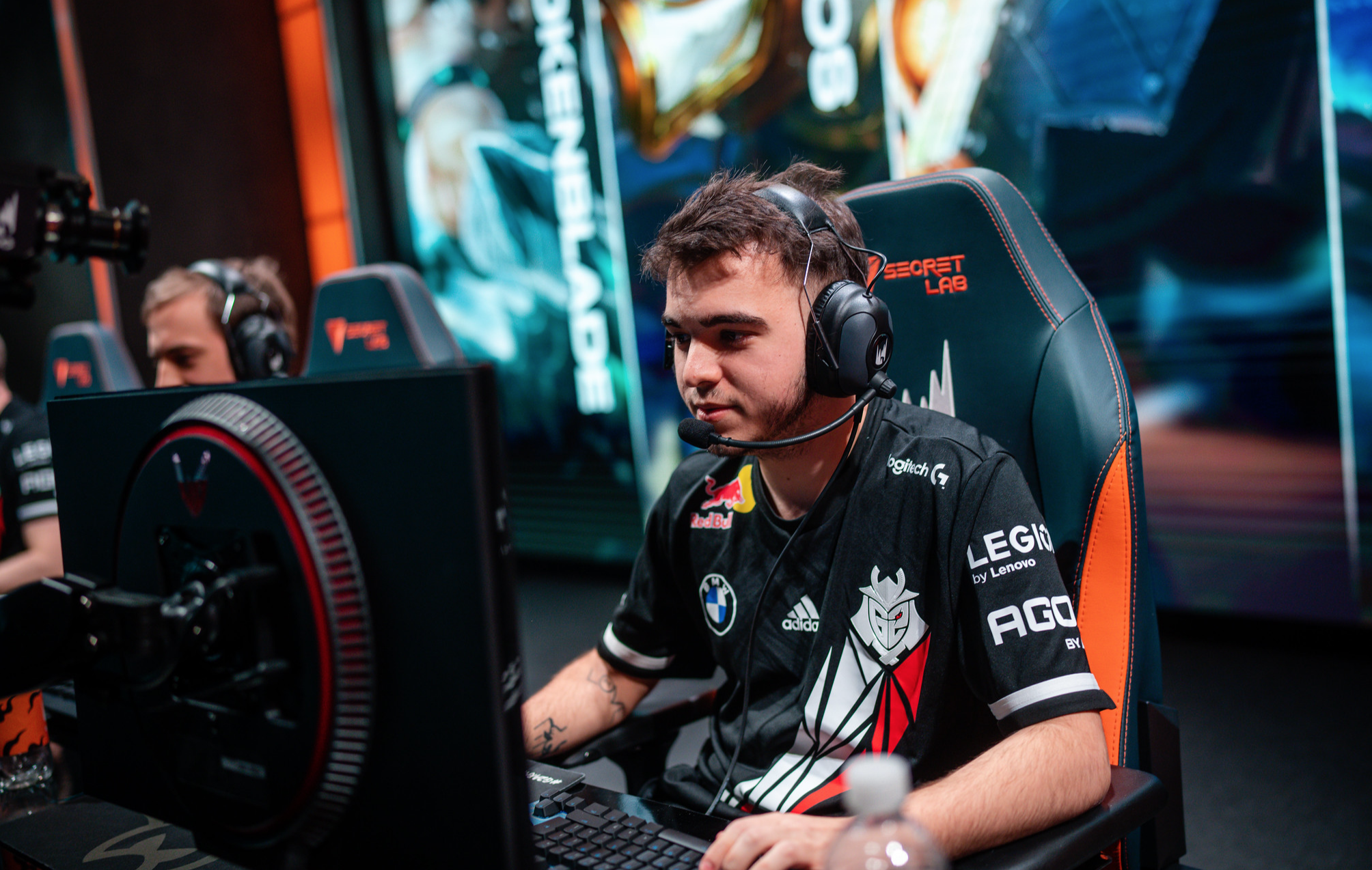 G2 Esports AD carry Flakked will enter his team’s spring semifinal series against Fnatic this weekend as perhaps the hottest League of Legends player in the LEC. During week two of the 2022 spring playoffs, Flakked finished with a KDA of 75.0 across two best-of-five series victories.

In last Friday’s match against Vitality, Flakked posted a scoreline of 17/1/19. Against Misfits, Flakked had an even more impressive personal performance with a scoreline of 19/0/20. In total, Flakked’s scoreline surmounted to a mark of 36/1/39 last weekend, translating into a KDA of 75.0.

His only death in G2’s lower bracket run thus far came in their first game against Vitality. Flakked has since gone five consecutive games without a death coming into this weekend’s upcoming match against Fnatic.

Flakked ranks second among all players participating in the Spring Split playoffs when it comes to KDA with a mark of 7.6—behind only his positional opponent in tomorrow’s match, Fnatic ADC Upset, according to League stats site Games of Legends. The last time G2 and Fnatic played each other in the opening round of the 2022 spring playoffs, Flakked took command of Aphelios in all four games, finishing with a series KDA of 2.4 to in his team’s 3-1 loss.

Earlier this week, Flakked was revealed as the runner-up for the 2022 LEC Spring Split’s Rookie of the Split award. Misfits jungler Shlatan earned top honors for the award.

Flakked and G2 will return to the LEC stage tomorrow for a semifinal rematch with Fnatic. Should G2 claim victory in the series, they would advance to the LEC Spring Final where top-seeded Rogue await them.