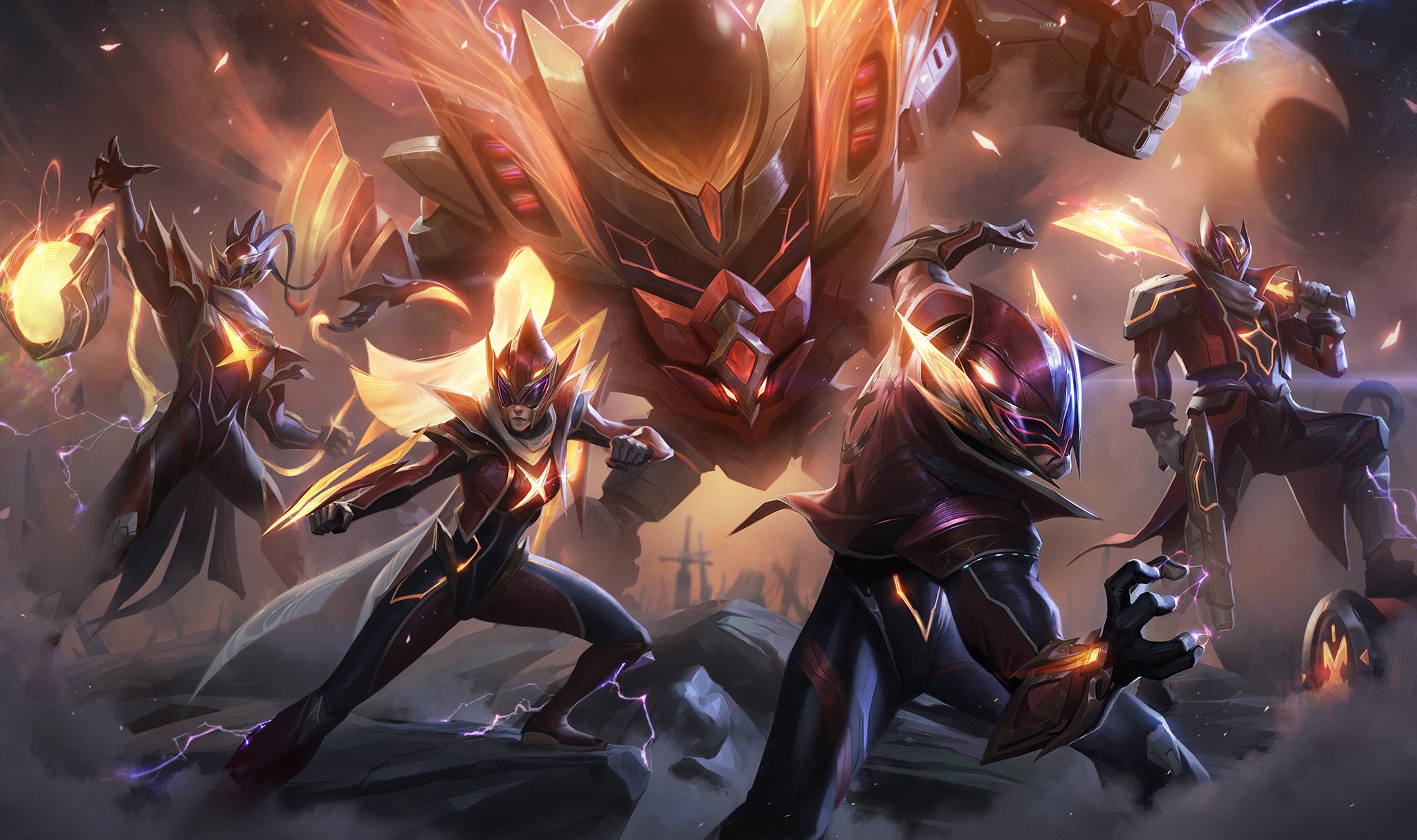 Nearly six months after FunPlus Phoenix swept G2 Esports to win the 2019 League of Legends World Championship, fans of the Chinese roster will finally be able to celebrate their favorite team’s victory on Summoner’s Rift with a new set of Worlds skins.

FunPlus Phoenix Gangplank, Lee Sin, Malphite, Vayne, and Thresh are set to arrive on League‘s live servers during the 10.9 patch cycle on April 30.

In the months following their victory at Worlds 2019, FPX’s players worked with Riot Games to create this year’s batch of esports-themed skins. Each player chose which champion they wanted to represent them on the Rift and met with the League developer to explore different directions for the skin concepts.

The FPX skins are red, gold, and white and resemble “anime-esque super-hero action teams.” The champions’ abilities boast fiery effects—similar to what a phoenix may have—and even feature phoenix-like wings and accents. Each of the skins’ recalls features an illuminated FPX logo beneath the champion and a signature for each corresponding player.

The skins will arrive in League’s client store on April 30. Fans of the LPL team will be able to purchase the skins for 1,350 RP each once they go live.