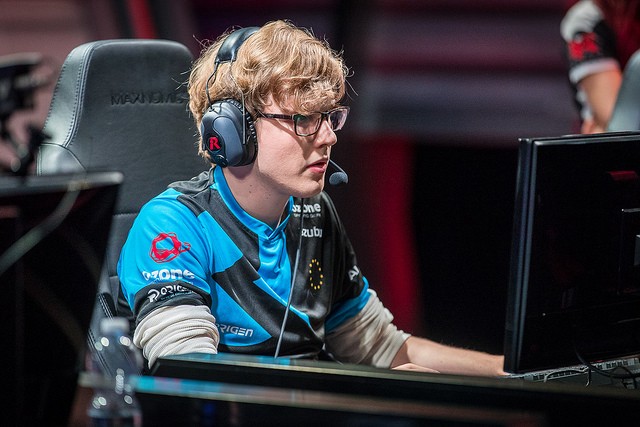 Following a splendid run of form in the spring of 2016, one of the larger teams in the European League of Legends Championship Series has fallen on exceedingly hard times.

After narrowly retaining its spot in the European LCS by making it past relegation, Origen is now faced with the task of recruiting two suitable replacements for founding members Paul “sOAZ” Boyer and Maurice “Amazing” Stückenschneider, who officially left the squad today in pursuit of new opportunities.

“It is really sad for me to separate from these two teammates that have given so much to me and Origen during the last two years,”Origen owner, as well as player, Enrique “xPeke” Cedeño Martínez writes. “I want to thank them personally for believing in Origen and myself even before we qualified for challenger series. Thanks for all the memories we have shared together and I hope the best for both of you in the future.”

Started in 2014 by xPeke, the star-power of Origen alone saw the team dominate the European Challenger Series in the spring of 2015, and qualified for the LCS with little to no issues. This in turn lead to an extremely successful 2015 summer split, and an impressive semi-final performance in the fifth League World Championship.

2016 started out looking worrying for the squad, however, as the team played below expectations throughout the nine weeks of regular play in the spring split. Ultimately placing the team in fourth place. While picking up momentum in the playoffs and making it to their second consecutive EU LCS final, it was not enough to stop the heavy favorites G2 Esports.

Before the start of the following split, Origen’s prized botlane, consisting of Jesper “Zven” Jenningsen and Alfonso “Mithy” Aguirre Rodriguez, left the team, forcing the squad to quickly assemble a botlane in time for the LCS. Hastily adding Konstantinos “FORG1VEN” Tzortziou and Glenn “Hybrid” Doornenbal, this makeshift roster saw FORG1VEN allegedly ousted after only playing two games for the organization.

As a result, xPeke was forced to act as a substitute AD carry for the majority of the summer split. The team’s form continued to deteriorate, and saw Origen finish in ninth place. The worst performance in the team’s history.