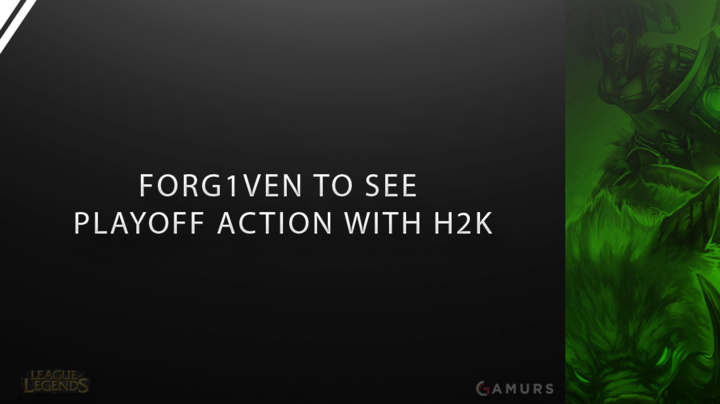 Konstantinos “FORG1VEN” Tzortziou made his return to the H2k starting roster in week nine, and with admittedly very little practice time the squad was able to win both of their matches against Unicorns of Love and Origen in swift 2-0 fashion. In the same week, they also won their tiebreaker match against Fnatic. Now, FORG1VEN will get even more playtime as the team heads into the EU League Championship Series playoffs.

According to the LoL eSports website FORG1VEN is listed as the starting AD Carry for H2k, who have their first playoff match against Fnatic.

Fellow H2k player, and the AD Carry he will be replacing, Aleš “Freeze” Kněžínek tweeted out on Thursday saying the following:

On July 26, Freeze said he was diagnosed with tendonitis. In layman’s terms, the tissue that connects muscles to bones has become inflamed causing severe pain. A common injury among video gamers.

H2k will look to repeat their success against Fnatic in their first round matchup. If they win, they will move on to play G2 Esports in the semi-finals.