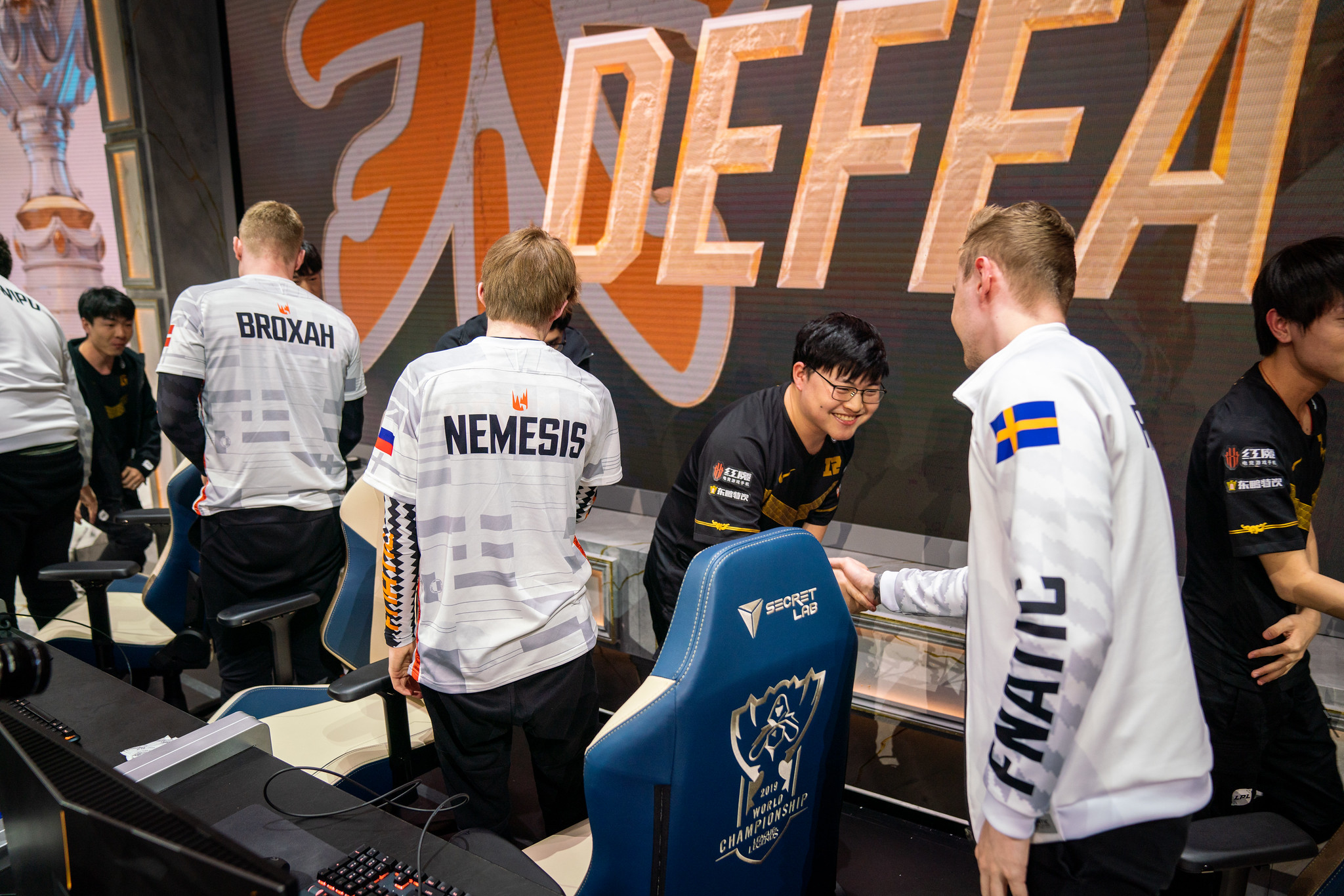 China’s Royal Never Give Up looks poised to make a breakthrough to the Worlds 2019 playoffs after taking down Fnatic in a lopsided 36-minute match.

Today’s matchup was interesting right from the start, as soon as the European second seed opted into a unique composition with a Blitzcrank and Morgana duo in the bottom lane. The idea was to play around Tim “Nemesis” Lipovšek’s Kayle after he’d get the champion to level 16.

Unfortunately for Fnatic, RNG knew exactly how to play around their own carries and abuse the shortcomings that this Kayle-oriented team composition brought. Top laner Xie “Langx” Zhen-Ying had some great engages on Gnar, while superstar AD carry Jian “Uzi” Zi-Hao powered each teamfight with some picture-perfect Xayah play.

By the end of the game, Fnatic’s bottom lane ended with only eight deaths. And, while Nemesis was able to hit a significant power spike, he was far too late—RNG’s teamfighting was far superior and the rest of Fnatic was too far behind to make the Kayle carry work.

With this loss, Fnatic is now sitting at 1-2 in Group C. Many were confused with the team’s decision to run another non-standard bottom duo, especially with Martin “Rekkles” Larsson being one of the best late game ADCs in Europe, and Zdravets “Hylissang” Iliev Galabov thriving on engage-heavy champs like Pyke, Rakan, and Alistar.

Meanwhile, RNG has quieted down some of the critics by finishing the first half of the group stage with a 2-1 record. They will try to stay hot when they face off against a dominant SKT squad on the 19th.