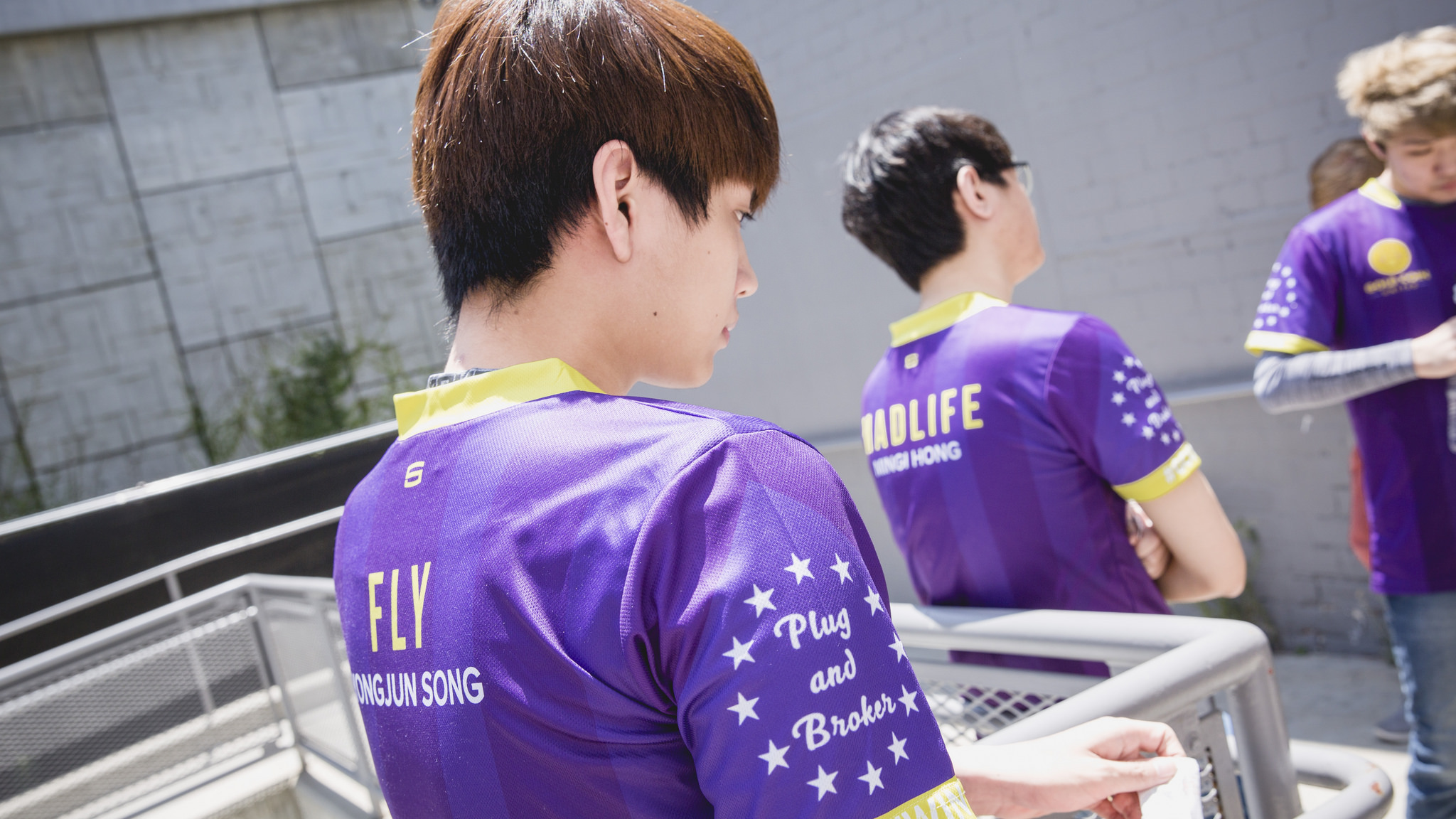 There are few matches in League of Legends that are more perfect than the one between mid laner Song “Fly” Yong-jun and FlyQuest.

The synergy between player and team goes beyond the common name. Fly made his name in the LCK as a supportive mid laner, a perfect fit with FlyQuest top laner Lee “Flame” Ho-jong, who revitalized his career as a hard carry in North America. But when play started in the LCS this split, Fly was noticeably absent, held up by delays obtaining a visa.

But now those issues seem to be over as FlyQuest announced on Twitter that Fly has rejoined the team in their gaming house:

The team immediately put Fly to work with some fun in-house scrims. But entertaining matchups aside, this is a team that has desperately needed Fly’s help if they want to claw their way back into playoff contention. With Jang “Keane” Lae-young starting for FlyQuest’s academy squad yesterday, it looks like Fly will be the LCS starter this week.

Fly’s replacement, Keane, hasn’t been bad at all—he was an LCS starter last year, after all. But Fly has the potential to give his team something unique with his playstyle. He was an early innovator of supportive mid lane picks like Aurelion Sol and Zilean, often using them as counter picks to devastating effect.

That could benefit a team that needs all the help it can get in the side lanes. Flame can carry if he gets some help, but the duo lane of Jason “WildTurtle” Tran and William “Stunt” Chen is really struggling. They would love to see Fly’s Aurelion Sol flying down to their lane and helping them seize an advantage.

The team is still just a game out of a tie for fifth place, but has dropped three straight as jungle-mid synergy has been notably absent. If Fly can stabilize things there, this team has a long-shot chance to make some noise.

But for now, we’re just glad he’s back where he belongs.