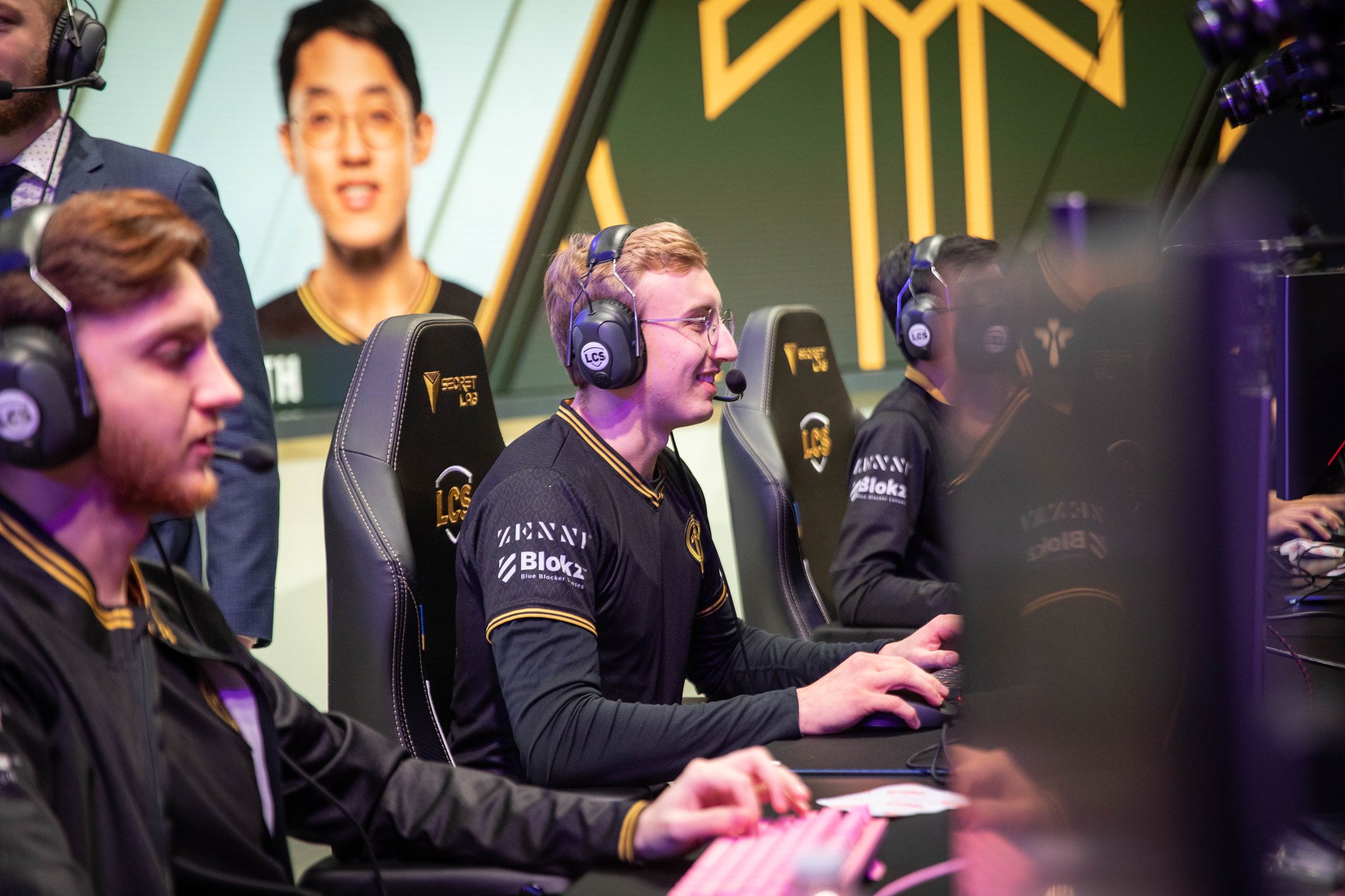 After picking up a win over first-place Cloud9, it appears Evil Geniuses is locking up Greyson “Goldenglue” Gilmer for the rest of the season.

Goldenglue’s contract end date has been extended to November 17, 2020, in Riot’s Global Contract Database, which likely signifies EG has signed the American mid laner to an extension. Goldenglue’s initial contract with EG had an expiration of July 22, which gave him just one week to prove his worth to the organization.

With Goldenglue, as well as top laner Huni, in the starting lineup, EG went 1-1 this past weekend in the LCS. Although EG lost a one-sided game against Team Liquid in Goldenglue and Huni’s team debuts, the second game of the week seemingly made up for the poor showing against TL.

EG became just the second team to defeat Cloud9 in the Summer Split as Goldenglue led the way on Zoe by finishing with a game-high six kills. The win kept EG in a tie for fourth place and one game out of third place.

While the signing does not mean Goldenglue will start the rest of the season, the news certainly does not seem good for Daniele “Jiizuke” di Mauro, EG’s original LCS mid laner. Due to LCS restrictions, no team can start more than two non-resident players at one time. Jiizuke, who is Italian, and Korean AD carry Bae “Bang” Jun-sik were the team’s import players for the entire Spring Split and first several weeks of Summer Split.

Huni, who is also Korean, played the first five weeks of the LCS Summer Split in the Academy League after spending the Spring Split with Dignitas. During the first few weeks of the split, it appeared unlikely Huni would start as the team looked like one of the strongest teams in the region.

A winless week against Golden Guardians and CLG in week five seemed to be the breaking point for EG, however. After the losses, the organization announced the signing of Goldenglue and the promotion of Huni, benching Jiizuke and top laner Colin “Kumo” Zhao.

EG’s next two opponents are Immortals and Dignitas, who are tied for last place in the LCS.