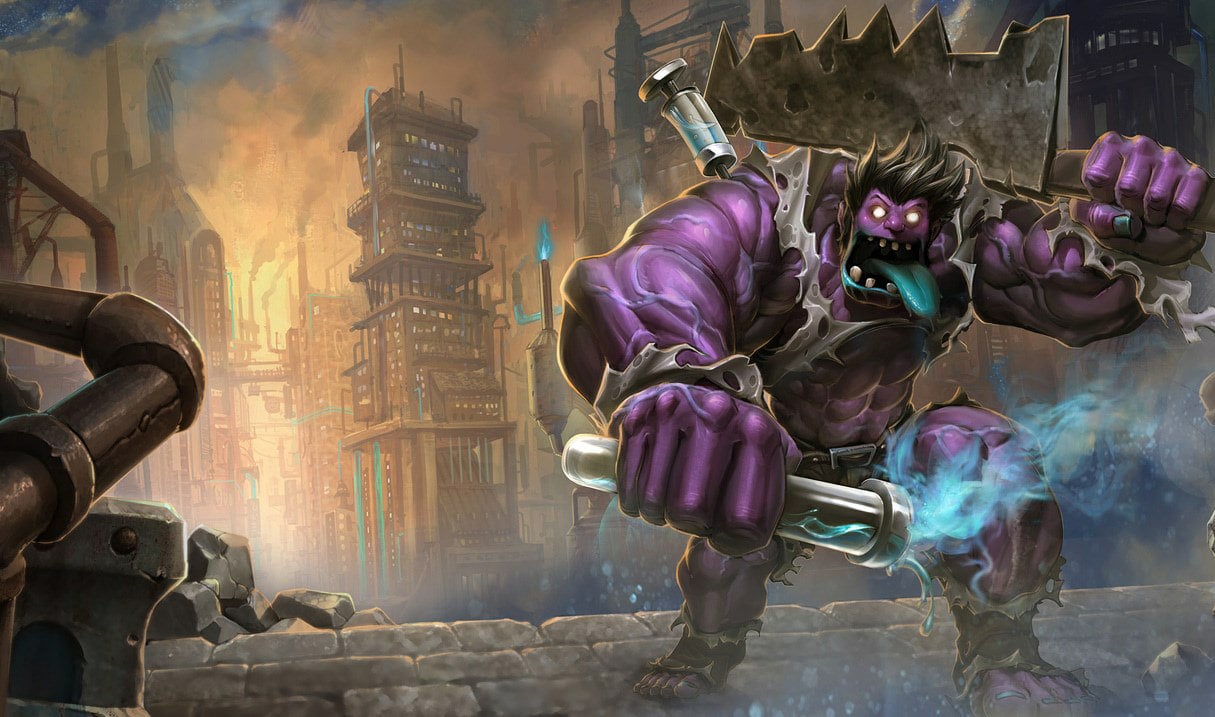 A VGU rework has been in the books for Dr. Mundo since Riot Games shared its initial plans for the champion back in late May.

As League of Legends evolved over the years, new champions started to make their ancestors look old. While some lacked the spells to stay relevant in today’s meta, others just looked like they were out of a different game. Riot isn’t one to forget about its past, however, and works tirelessly to get the old champions up to speed with the new ones. Volibear is the latest example of this, and Riot recently updated the fans on how the Dr. Mundo rework is coming along.

Dr. Mundo has been a core member of League’s champion pool since 2009, and he takes pride in being one of the easiest playable characters to learn. He has a relatively straightforward skill-set and is hard to kill by nature due to his tankiness.

Riot does a great job of preventing any leaks while it’s working on a rework, and the only way to find more about the new updates will be through the blog posts the developer shares with the fans.

Here’s everything we know about Dr. Mundo’s highly anticipated rework so far.

Riot wasn’t shy to try out a few different ideas to spice up Dr. Mundo’s gameplay at first. The developer shared one of its earlier ideas that allowed Mundo to blow up minion corpses in a blog post.

While the idea seemed fun, it jeopardized the decade-old gameplay style of Mundo and made him look more like a mage. Beta testers also found themselves staying back more often instead of using Mundo’s in-your-face abilities, so the idea was scrapped.

Riot is on the lookout for a nice way of spicing up Mundo’s passive while still focusing on letting him keep his tanky nature. Though there were some takes on the matter, like increasing Mundo’s maximum health for each hit he takes, all the solutions so far seemed like they would drastically change the way players approach Mundo.

Despite not sharing any details on Mundo’s abilities yet, Riot told the fans in a more recent blog it was looking to make “significant gameplay improvements to Mundo’s kit, while maintaining his super-tank regeneration and the ability to chuck cleavers.” Riot is looking to achieve this by still keeping his level of entry in terms of skill at a relatively low level.

There’s one certain thing that players can be sure about is that the new Mundo will be tough to lockdown. Due to featuring some sort of crowd control (CC) immunity, Mundo’s kit will remain without a CC ability. Though the majority of Mundo’s kit will stay the same, there will be new ways of “skill expression, satisfaction, and counterplay.”

How will the reworked Dr. Mundo look?

Riot hasn’t shared any in-game visuals featuring Mundo’s new look, but the developer has been more than generous by sharing the existing design ideas floating around. 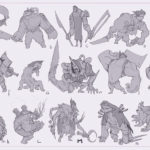 The initial sketches featured 15 different models for the champion, and his feature look mostly depended on the angle Riot wanted to take. While some ideas were floating around that focused on exploring Mundo’s ties to the Zaun region, the devs ultimately decided to keep it simple for now and just focus on the things that define Mundo.

Mundo’s structural remodel will center around on getting him up to date with the new visual style that League adopted through the years, allowing him to fit better compared to the more recent champions and the current version of the map textures. 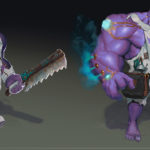 Will there be any changes in Dr. Mundo’s lore?

Mundo is currently described as a mad monster who terrorizes Zaun’s people, a region in League. The lore clarifies that he’s not actually a doctor, and there doesn’t seem to be a clear motive behind his actions. He enjoys capturing the citizens he can get their hands on to use them as test subjects for his medical experiments, which is what makes him the terrifying monster he is.

The primary angle, for now, seems to be that Mundo will still be a crazy, juiced-up monster who thinks he’s a doctor, but actually isn’t. While there were ideas featuring him as a real doctor who went mad on his own medicine also sounded cool, keeping Mundo tied to his roots should be the better approach to preserve the past of League’s lore. Turning him into a real doctor would also require Riot to work on his lore, which could be a source for some entertaining approaches. Did he decide to take some time off from running experiments to get his college degree? Or could he be using a fake diploma to justify his practices?

No matter the angle Riot decides to take with the new Mundo, the developer is looking to preserve the “Mundo goes where pleases” angle, meaning he’ll be answering to no one.

When will Dr. Mundo be released?

Both blog posts that Riot shared over the last few months reported that the developer was aiming for a 2021 release. Considering the last two reworks of Fiddlesticks and Volibear both took around nine months and the first news regarding Mundo’s state surfaced in June, the new Mundo should be ready to hit the live servers around March 2021. This is, of course, the best-case scenario, and any hiccups during the development process could push the release of the renewed Mundo further.

Riot is planning to release more information regarding its progress on Mundo in his next dev blog, which fans “can expect sometime next year.” While a dev blog in 2021 reduces to odds of a first-quarter release for Mundo, Riot could also surprise the fans with a fully completed concept.

This article will be updated as more information becomes available regarding Dr. Mundo’s rework.