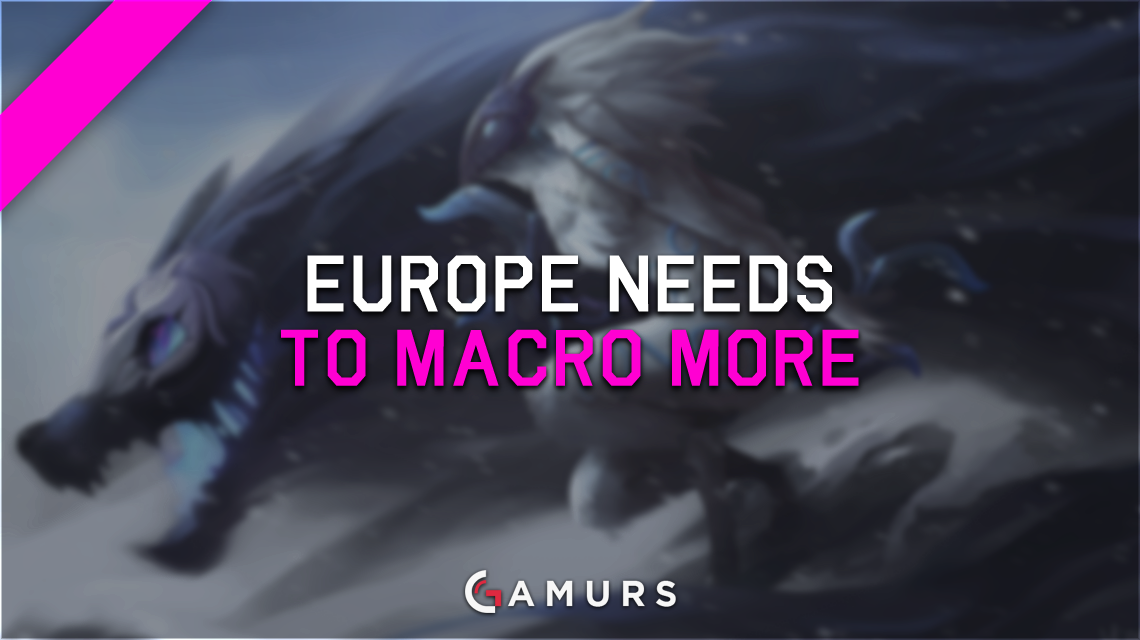 The overwhelming consensus following Europe’s abysmal performance on the first day of Worlds 2016, going 0-3 with losses registered against Counter Logic Gaming, AHQ and Samsung Galaxy, falls under the same category of improvements that many EU fans hoped their teams would make before they went into Worlds: their macro play.

For those unaware, the term “macro” generally involves gameplay concepts, such as objective control and positioning with the overall vision control being one of the high points for such macro play. It was a growing trend that EU teams would need to improve on going into Worlds, as most of the teams housed plenty of rookies still learning their trade for the most part. It became ever present as the games went on that these faults were now being exploited in the first day of competition.

In my opinion, the EU teams lost all of their games not because of a lack of skill or throws, but because these teams didn’t know how to move or where to move. Even though I expected EU teams to be a little worse for wear this year, I did expect much better macro play.

It’s worth mentioning that they all still have five games each to get out of this and I have seen far too many people begin to panic, thinking EU will follow in the footsteps of North America at the 2015 Worlds, where none of the NA teams were able to progress to the round-of-eight.

EU has some of the worst teams when it came to ward coverage, only H2K was able to secure a single dragon from their game and no EU team was able to grab Baron, missing out on precious game-changing objectives. There were also some questions about EU map control, with G2 coming under the heaviest flak due to Luka “PerkZ” Perković’s lack of roaming from the mid lane.

For now, I do believe that EU should just keep calm and carry on. As we go into the second day of the competition, it’s time for the region to show up and prove their worth as a whole.

We have seen INTZ e-Sports prove that the big players are beatable, so EU just needs to show up now to prove they are title contenders over the LCK, LPL, LMS and NA LCS regions (as well as the two IWCs).

And if they don’t, they will all be in for an early vacation.

How far do you feel EU will go? Let us know at @GAMURScom.