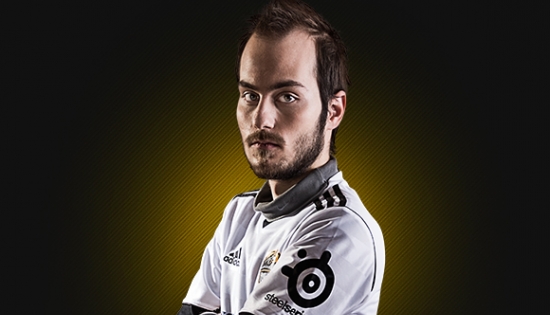 During the 2015 EU LCS Spring Regular Season, SK Gaming has finished top of the table with 15 wins and only 3 losses. A very impressive showing only to be overshadowed by a disappointing display in the playoffs where they lost to Unicorns of Love 3-2. It was reported that there was inner turmoil in the team before the playoffs and that triggered the loss.

Since then, Forg1ven has requested a transfer to another team as reported by The Daily Dot here and has been put into the substitution role, as SK Gaming signs their old AD Carry CandyPanda as their starter.

It seems to be another deja-vu for Forg1ven, unhappiness with the team, causing conflict among the players and voicing his displeasure with the organization. He seems to be more trouble than he is worth. But is he really?

Just how bad can it be, to take a risk on the MVP player that puts in the hard work and has the determination to win it all. Yes his attitude might be a problem but you don’t need to like his opinions in order to play with him, you don’t need to agree with everything he says to see that he is willing to do anything to win. He seems to be a hard working player and he expects others to be the same, he has no problems sharing his opinions and not caring about other people’s feelings, and you know what, Europe needs that. The European scene needs to grow up as a whole and understand that people have different opinions on certain matters and that you don’t have to have the same opinions in order to respect one another as players. The players need to understand that they are getting paid to play this game, this is a job now and there will be differences among people, not to mention different cultures and to some degree a language barrier that does not always get the message across perfectly. It is the organizations/coaches job to settle these differences and it is the players job to play the game and not take things that other players say too personal.

If you look at Forg1ven, he has been carrying the team during the regular season and that shows that he knows how to step up and take the shot when needed, he does not shy away from the spotlight but embraces it, but when you get double-teamed or even triple-teamed (banned out) you need to pass the ball to the open man and expect him to make the open shot. It has showed that SK Gaming does not have that, yes at time Svenskeren stepped up, but he was the only one to do so and even then it was just a couple of games.

Forg1ven has the mentality of a winner, has high expectations for himself as well as the whole team and if they don’t meet these expectations he shows it. He may not be the easiest player to work with, but this type of player rarely is. If you look at the Los Angeles Lakers superstar Kobe Bryant, a lot of players that played with him have said that Kobe is not easy to play with, he expects too much from them and expects everyone to put in the hard work, like he does. The best example would be when Dwight Howard joined the LA Lakers, there was constant conflict between him and Bryant, so he only lasted a season with them before moving on and Dwight Howard is known to be an immature player in the NBA.

Now before anyone jumps down my throat, no I don’t think Forg1ven is the Kobe Bryant of League of Legends, far from it, but it does show that Forg1ven is one of those players that you should overlook his personality and just go with his skill set that he has proven over and over again in-game.

Final thought, I believe that Forg1ven deserves to be on a top tier team and has proven that he is a top tier AD Carry. Regardless of his attitude off the summoners rift, on it, he is one of the best AD Carries Europe has to offer and that is what counts the most.