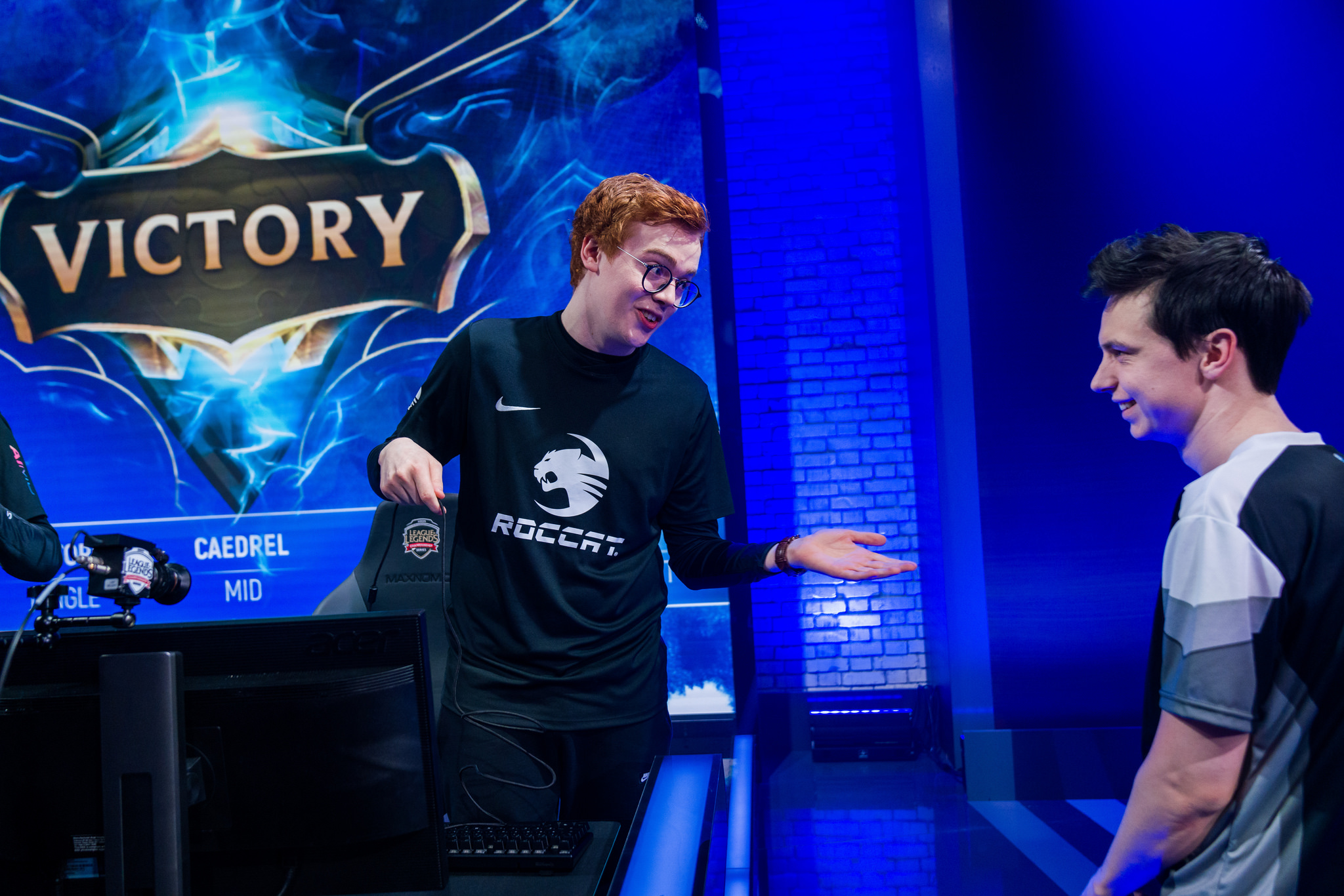 Through just week one of the EU LCS, the league has already been plunged into chaos.

The only team to emerge from the week unscathed was Vitality, though they have yet to prove themselves against an upper-tier squad. Those so-called strong squads all submitted uneven performances over the weekend. With the return of the unpredictable best-of-one format, this could be one of the most interesting splits ever.

G2 and Fnatic started the day full of confidence coming off dominating victories on Friday. Fnatic looked like they’d continue winning with a hot start against H2K, using Martin “Rekkles” Larsson’s teleport Sivir with unsealed spellbook to take towers at will. But the theme of the week has been late-game scaling, and H2K eventually out-scaled Fnatic. H2K fans will be relieved that, for once, it was their team that didn’t throw in the late game. It looks like new coach Michael “Veteran” Archer is paying dividends.

G2, on the other hand, stumbled early in their match against ROCCAT and never really recovered. ROCCAT have earned the title of king-slayers with their upset victories over G2. Will 2018 be the year that ROCCAT finally play with more consistency?

In the last match of the day, Misfits faced FC Schalke 04 in what seemed like a must-win. Misfits have never really played well in the regular season, but after getting steamrolled by G2 on Friday, they desperately wanted to avoid a sweep in the first week.

When the going got tough for Misfits, they turned back to a strategy that’s worked for them incredibly well before. Jungler Nubar “Maxlore” Sarafian focused the top lane, getting Barney “Alphari” Morris key kills on Gangplank, an extremely powerful champion.

Meanwhile, despite getting ganked a few times in the bot lane, new support Mihael “Mikyx” Mehle eventually turned things around on Thresh, an engage support. Misfits turned their side lane priority into objective control with the constant threat of Thresh hooks keeping Schalke at bay. Schalke’s lack of engage and some questionable decisions from jungler Milo “Pride” Wehnes ultimately lost them the game.

The win will be good for Misfits’ psyche, but it doesn’t solve everything. For a second straight game, mid laner Chres “Sencux” Laursen struggled mightily. Sencux has gotten better and better in the lane phase over the last few years, but he didn’t take advantage of a strong matchup against Schalke. He’ll have to be better for Misfits to rise above the fray and stake their claim to the EU LCS title.