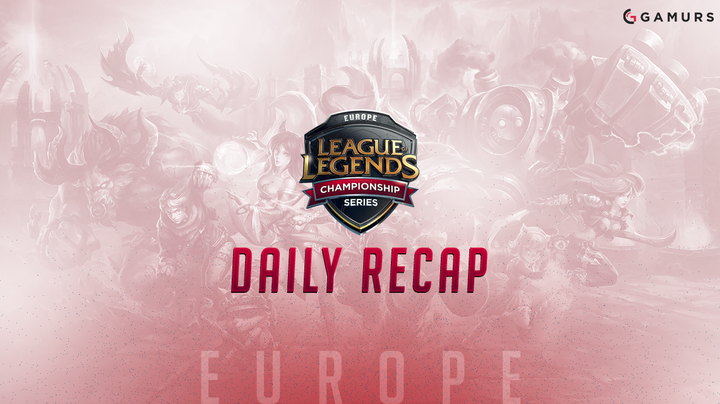 From Unicorns of Love showing signs of life to G2 Esports dominating as usual, here’s how Day 2, Week 1 went down:

Game 1 was a closely contested game, but Splyce was able to edge it out. Slightly winning the team kills 23-18, Splyce also ended up edging out the objectives, taking two more Dragons and one Baron over ROC.

Game 2 followed the same pattern, except ROC ended with the map win. Winning the team kills 19-14, ROC also took one more Dragon and Baron over Splyce. The two teams looked evenly matched throughout.

ROC and Splyce both looked evenly matched, as shown by their tie, but it remains to shown whether they can compete for a place higher than they earned last split. However, they do currently stand higher than Origen, so that is worth something.

Game 1 saw UOL look vastly different than Day 1. Led by mid-lane Exileh, – who went 8/0/2 as LeBlanc – UOL looked strong and cohesive, as shown by the team kills going 13-3 in favor of UOL. Origen was simply outplayed by UOL.

Game 2 saw Origen sub in mid-laner xPeke for PowerOfEvil, however, this did not stop UOL from having a dominant performance. Again winning the team kills 21-6, UOL was again led by a 6/1/8 LeBlanc performance by Exileh and a 7/0/7 Elise performance by jungler Move.

UOL looks completely different than they did yesterday. If UOL consistently plays like they did today, then they could be serious competitors for the crown. Origen is seriously falling short of expectations: going into the split, they were among one of the favorites to win the league. They have to find their form soon before another team runs away with the split.

Game 1 saw G2 continue to dominate like they did yesterday against Origen. Winning the team kills 15-4, G2 played well as a team as shown by jungler Trick and support mithy both putting up 0/0/13 statlines.

Game 2 was much more competitive, until G2 made a Baron play, then pushed that advantage to nab two towers and a Dragon. The team kills went 11-6 in favor of G2, but most of G2’s kill happened in the last 10 minutes. Strong performances by Trick (5/0/4 on Elise) and top-laner Kikis (2/0/7 on Fizz) helped solidify G2’s lead to give them the win.

G2 looks like early favorites to take the crown, playing well individually and as a team. Giants looked porous in Game 1, but looked like a competitor in Game 2. If they are able to build on their play from Game 2, Giants could have a favorable split.

Game 1 saw Vitality picking off Fnatic, who didn’t get a kill until 39 minutes into the game. The team kills were 13-8 in favor of Vitality. Despite only getting one Baron to Fnatic’s two, Vitality looked like favorites to win all game. Vitality did eventually win, but Fnatic did not make it an easy one.

Game 2 was one-sided throughout for Fnatic, who won the team kills 13-3. Fnatic simply looked stronger than Vitality, likely due to Fnatic having a stronger team composition.

Game 2 saw S04 win the map after taking an early lead. The team kills went 8-2 in favor of S04, led by a strong 6/0/2 Azir perfrmance by mid-laner Fox. H2K nabbed all three Dragons, but could not translate that objective lead into anything fruitful.

H2K, like many other EU LCS teams, needs to work on playing consistently if they want to climb the standings. S04 is playing better than expected and looks like early playoff contenders.

What are your thoughts on the first day of the EU LCS 2016 Summer Split? Who do you think will take the crown? Let us know in the comments below or on our Twitter – @GAMURScom