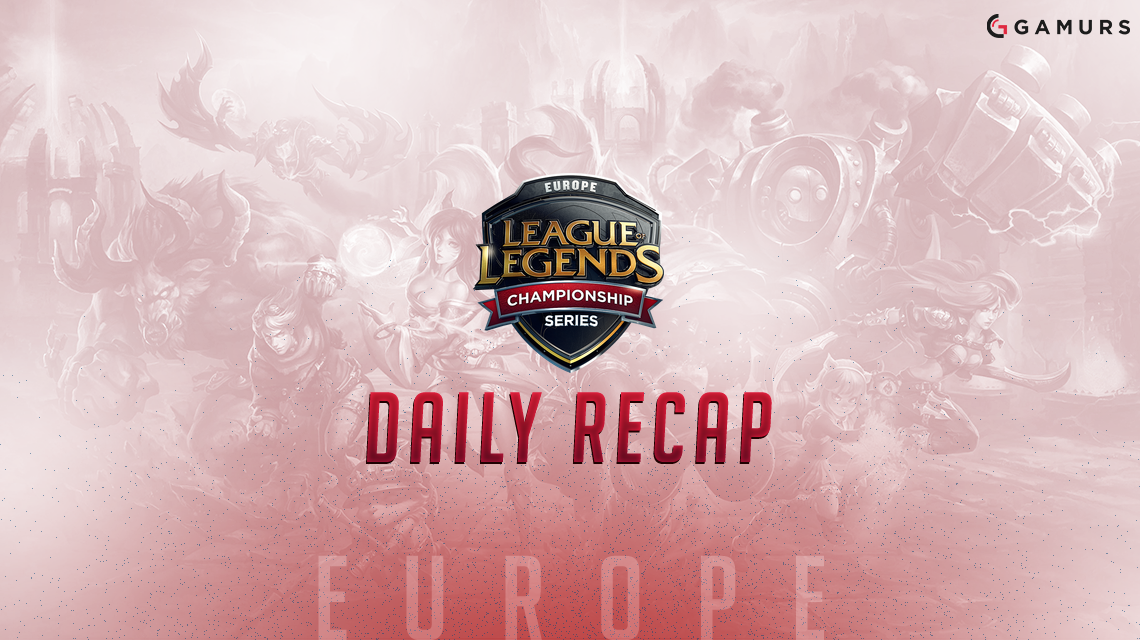 From Origen winning their first series of the Summer Split to G2 Esports and H2k-Gaming playing out a quite… interesting game of the week, here’s how Day 1, Week 3 went down.

Game one of this series began just how all of Roccat’s games have this split. Roccat was slow and the other team, Origen in this case, was not. Roccat had a favorable team composition if the game was drawn out, but Origen didn’t let that happen. Despite Enrique “xPeke” Cedeño-Martinez being picked off multiple times, his Ashe ultimates gave Origen a steady lead and they never looked back.

Game two was the same story. Roccat picked a scaling team composition and failed massively in the early game. The scaling was made impossible, as Maurice “Amazing” Stückenschneider decimated Roccat with a 6/0/4 performance on Kindred and Origen took their first 2-0 series win of the split.

Game one of this series saw Schalke lead in kills almost the entire time, but Fnatic stayed constantly ahead in gold and objectives. Although they were down in kills for a majority of the game, Fnatic had control from start to finish. A 15,000 gold lead led this game to end in an easy Fnatic win.

Game two was a bit too close for comfort at times for Fnatic, but the result was the same in the end. A 53-minute affair, with a pause in the middle, saw Schalke be destroyed before the pause and stand strong when the game resumed. Alas, it was too little and too late for the Schalke squad, as a final fight and Baron push from Fnatic sealed the victory.

Game one between two of the bottom-dwellers of the EU LCS was a back-and-forth affair that ended in a close win for Vitality. Even with UoL claiming four drakes, plus the Elder Dragon, Vitality’s coordinated fighting and pushes allowed them to take a 5,000 gold lead and win the game.

Game two was a close one just like game one, and it yielded the same result. A 39-minute affair ended in Vitality’s Lucas “Cabochard” Simon-Meslet dominating the game with an 11/2/7 performance on Irelia. In the end, it was only a 3,00 gold lead for Vitality, but they took advantage of every mistake made by UoL and closed out the win.

The match of the week began in impressive fashion. H2k, the underdogs, fought hard against the leaders of the league. With a methodical approach based on coordination in fights, shoving lanes and taking objectives, H2k overcame the triple-infernal drake boost that G2 acquired and managed to take down the best team in the EU LCS.

Game two was a completely different affair. In true G2 fashion, this game was a quick slaughter. Winning every lane and the jungle within the first few minutes of the game, G2 never looked back. It wasn’t slow and it wasn’t methodical, it was G2. Risky plays, tower dives, crazy flanks; this was the G2 of last split as they completely obliterated H2k, acquiring a 20,000 gold lead and winning the game in just 25 minutes.

A back-and-forth 51-minute game left a lot in the air when it ended. Some plays made by these two teams were very impressive and obviously LCS-level, but some of the plays were just plain bad. Splyce had a relatively consistent lead the entire game and kept it through the end, taking game one despite a comeback attempt by Giants.

What are your thoughts on Day 1, Week 3 of the EU LCS? Has a team surprised you yet? Let us know your thoughts in the comments below, or on our Twitter – @GAMURScom, and be sure to follow us for all of your eSports needs.