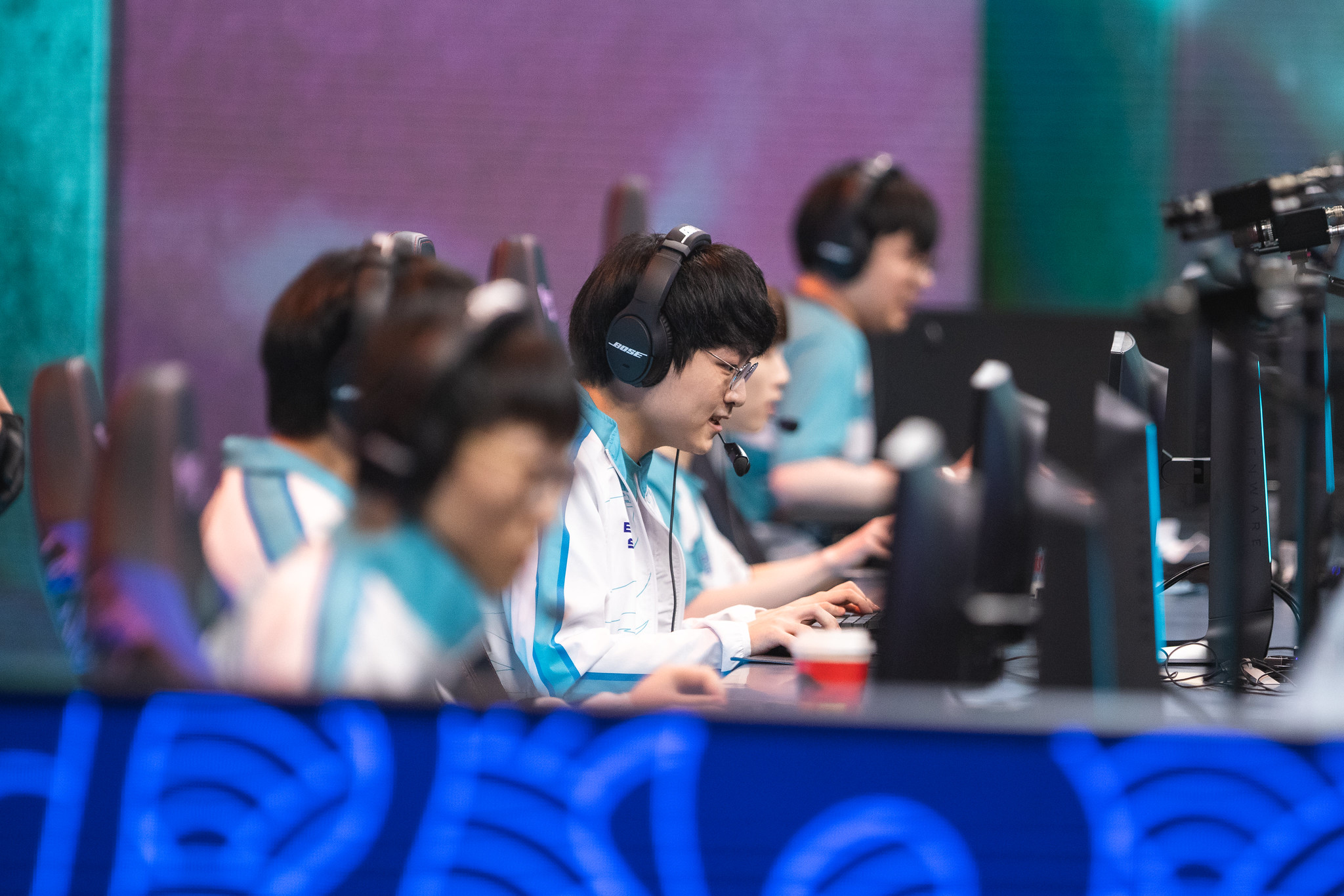 DWG KIA took down KT Rolster 2-1 today in the fifth week of the 2021 LCK Spring Split off the back of amazing performances by ShowMaker and Canyon.

Going into this League of Legends match, all odds were against KT Rolster, who have shown several weaknesses during their previous series. DK, on the other hand, have been having one of the most dominant splits in the LCK. But this false sense of security almost helped KT hand DK their second loss of the season.

The stars of today’s series were ShowMaker and Canyon in the second and third games. ShowMaker backdoored KT while his teammates were dying near the dragon, equalizing the series with a ludicrous Syndra performance. Canyon was the decisive factor in the third game, helping his team secure early leads all across the map with his aggressive Nidalee playstyle.

KT came into this series well prepared, outdrafting DK in the first game and overall playing the map better. KT capitalized on every small mistake made by the world champions before slowly forcing DK to retreat into their base and wait out their demise. After multiple successful Baron plays, KT secured the first game of the series in convincing fashion.

Going into the second game, DK adjusted their draft and had a much better early game. They were decisive with their moves, securing all neutral objectives as a unit before grouping up for teamfights in the mid game. KT tried to put a stop to DK’s clean and calculated gameplay and were almost able to sweep the world champions, but a heroic backdoor play by ShowMaker equalized the series.

The third game was much more one-sided with DK popping off from the get-go. Their early aggression was rewarded with a nice gold lead, which they were able to maintain throughout the course of the game. After a couple of teamfight wins, they completed the reverse sweep against KT.

Following this victory, DK (8-1) maintain their spot in first place in the 2021 LCK Spring Split standings. While this series showed that DK are beatable, only one team has managed to achieve that this split: Fredit BRION.

DK will be back in action on Saturday, Feb. 20 with a matchup against a strong Hanwha Life Esports squad led by Chovy and Deft. Tune in at 5am CT to see the showdown between these behemoths of the LCK.