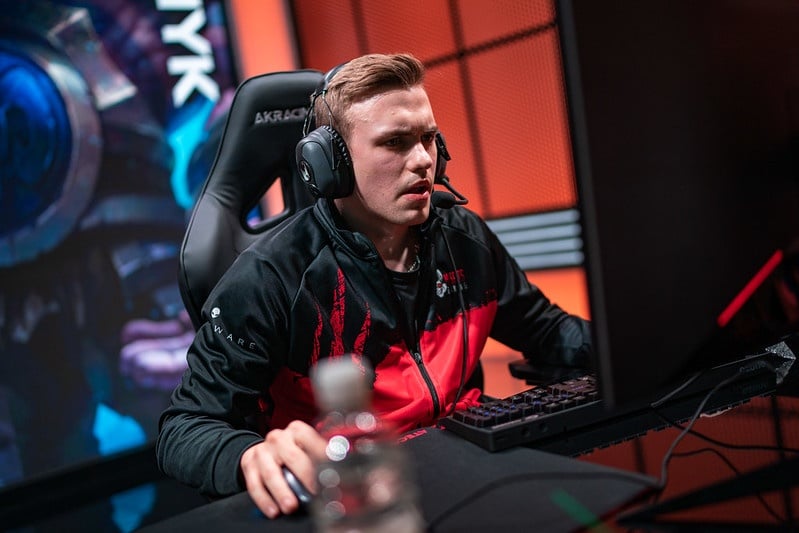 Former Misfits substitute support player Denyk is coming off the bench to play against SK Gaming and Excel Esports this weekend in the 2020 LEC Summer Split, the organization announced today.

Denyk will replace Doss in Misfits’ starting lineup following poor performances from the League of Legends team in the Summer Split. They’re tied with Vitality in eighth place with a 5-8 record.

Denyk was a part of Misfits’ roster during the 2020 LEC Spring Split. The team came in fifth place, just above the new and improved Rogue. Although Misfits managed to secure a playoff spot, they lost to Rogue in a best-of-three series.

This showing in the spring playoffs prompted Misfits to initially swap Denyk for Doss in the starting lineup. But the team has failed to make significant strides this split, with Doss underperforming individually.

To have a chance to make the playoffs, Misfits need to finish in the top six in the regular season. Denyk and Misfits will likely have a tough task ahead of them for the final weeks of play since G2 Esports will be fighting for a spot alongside Excel, Origen, and Vitality.

Misfits are set to face SK Gaming tomorrow and Excel on Saturday, Aug. 1 at 12pm CT and 11am CT, respectively.