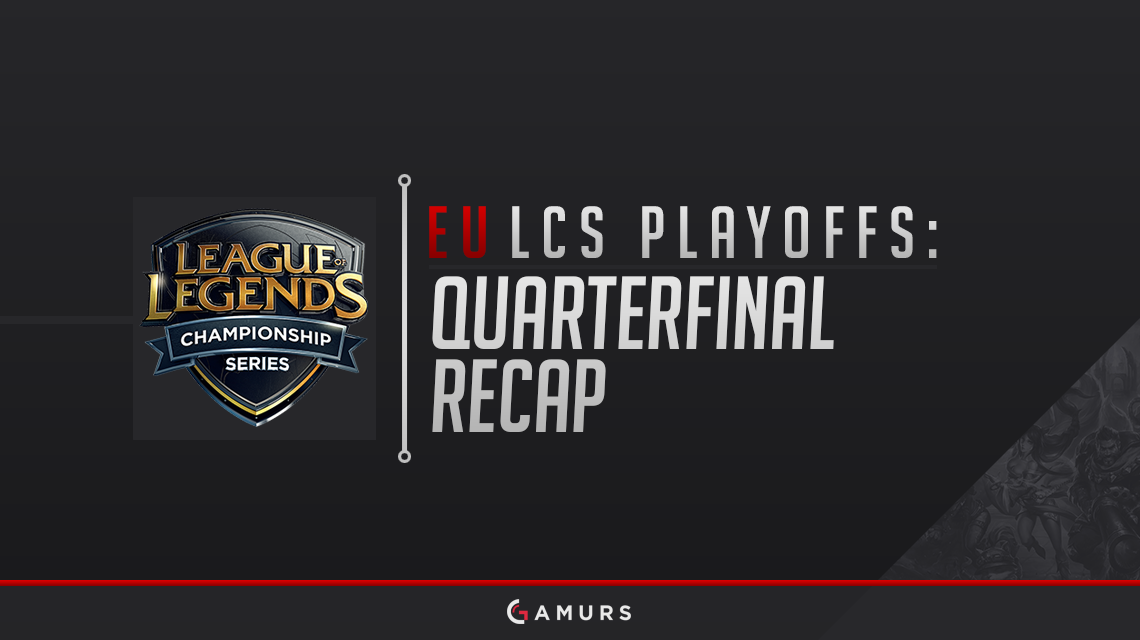 Earlier today, the European League Championship Series (LCS) playoffs for the League of Legends 2016 Summer Split kicked off in an exciting way. Action began with the third-seeded Giants Gaming (8-3-7) taking on the sixth-seeded Unicorns of Love (6-5-7).

Here is what happened in the first quarterfinal match of the EU LCS playoffs:

Game One: UoL started this series off on an interesting note, earning a commanding early lead. By the 25 minute mark, UoL found themselves in a favorable position with a 13-4 lead in kills, as well as a slight lead in towers and gold.

From there, UoL continued to snowball, taking Baron and using all momentum to destroy their opponents’ nexus in just about 33 minutes. For UoL, jungler Kang “Move” Min-su had a dominant performance, going 6/0/12 as Rek’Sai, while AD Carry Kim “Veritas” Kyoung-min went 6/0/9 as Ashe.

Game Two: Despite losing the first game of this series, Giants was able to bounce back with an impressive win in Game Two. Giants won the battle for kills at 22-8, while also grabbing 11 towers, two dragons and one Baron.

Game Three: In the swing game of this series, Giants and UoL both came out of the gates on fire. In the game that produced the most kills in this series, UoL won the bloodbath, earning 25 kills compared to 16 by Giants. It may have taken 40 minutes, but UoL was able to emerge victorious to take a 2-1 lead in this best-of-five series.

Baron for the @UnicornsOfLove and a Double Kill for @ExilehLoL! #EULCS https://t.co/9IGCb9EzeW

Game Four: In the shortest game of this series, UoL was able to complete the upset over Giants, eliminating them from the playoffs. In just under 29 minutes, UoL was able to shatter the hopes and dreams of Giants fans everywhere with a dominant 15-3 kill lead. UoL also took 11 towers, three dragons and one Baron, while only allowing Giants to secure one Tier One tower.

Vizicsacsi led the way for UoL once again, going 5/2/7 as Irelia. Move also played well as Rek’Sai again and was able to go 3/0/7, while Exileh went 5/0/2 as Kassadin.

GG! The @UnicornsOfLove upset the #3 seed and now move on to face G2 next week! #EULCS pic.twitter.com/7rFEhWmyfi

Unicorns of Love win the series 3-1, and advance to the semifinals to play against the number one overall seed in the playoffs, G2 Esports (10-8-0).