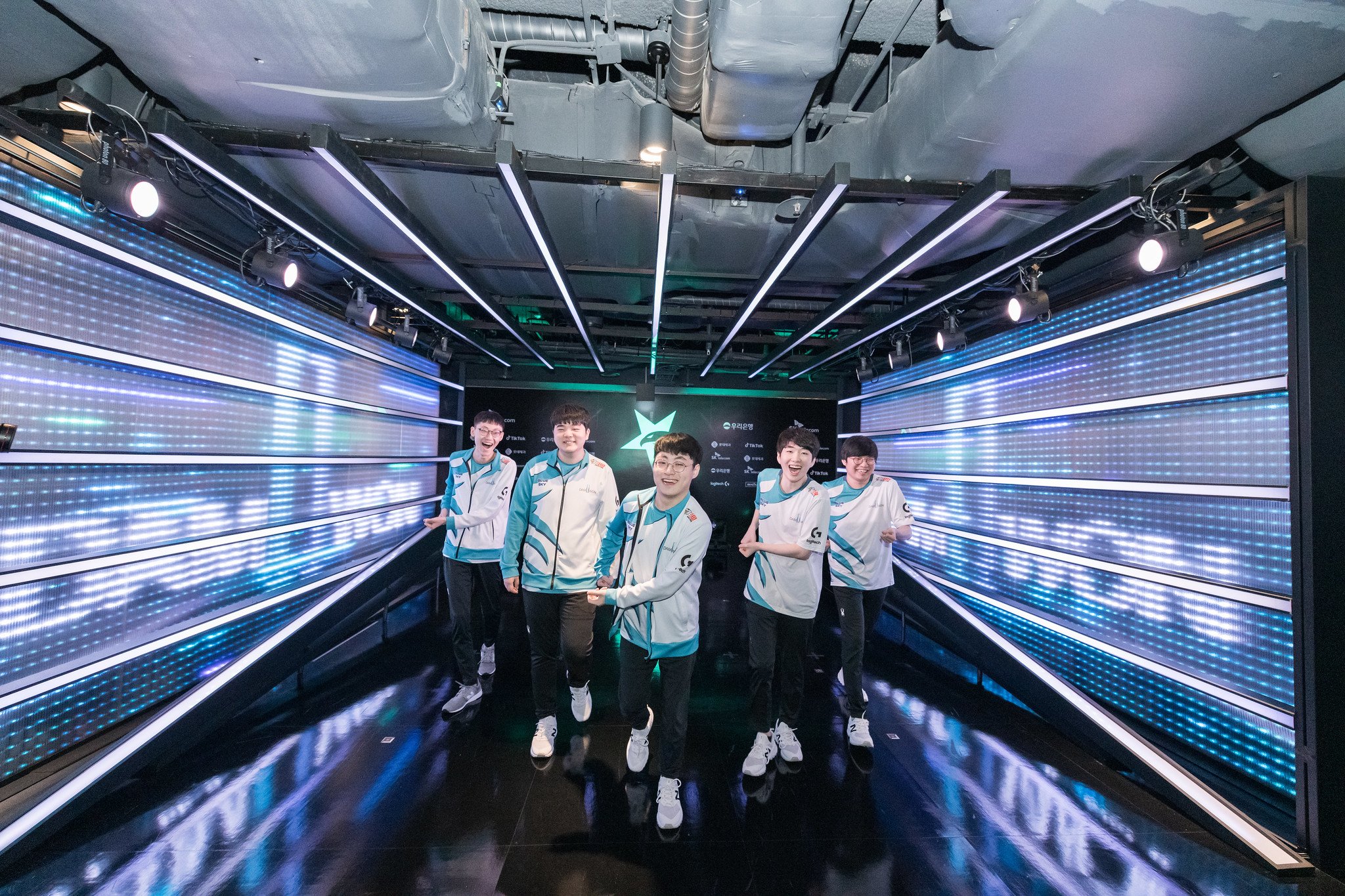 For the first time since the spring of 2018, the 2020 Summer Split of the LCK will see two League of Legends teams make their finals debut.

Damwon Gaming entered the LCK after being promoted through the Challengers Korea tournament in 2019. DRX, the modern incarnation of Kingzone DragonX, went through a roster rebuild at the end of 2019 and made their debut in the 2020 Spring Split.

With DRX’s surprising 3-2 win over LCK giants Gen.G in the semifinals, this year marks a historic moment for Korean League. After the historically weak performance of Griffin in both of their 2019 finals saw T1 pick up two more domestic championships, the winner of the LCK and Korea’s first seed at the 2020 World Championship will finally be a new face.

One of the most striking things about this year’s LCK finalists is their youth. Both organizations have been in the LCK for less than two years and the oldest players on both rosters are DRX’s Deft and Damwon’s BeryL, who are both only 23 years old. Generally, Korea is revered for its hardened veterans: Faker, Smeb, Ruler, Teddy—behemoths of a bygone era of international dominance, the likes of which have yet to be replicated in competitive League. Times are changing, however, and this year’s LCK Summer Split finals are the mark of a rapidly evolving competitive ecosystem.

Damwon have been the dark horse of the LCK since their surprising qualification for Worlds 2019. After beating regional qualifier favorites Kingzone (who would go on to become DRX in 2020) for the coveted third-seed spot, they shocked the world by taking down previous world champions Invictus Gaming twice in the group stage. But they were eliminated by subsequent finalists G2 Esports in the first round of the playoffs. To the international community, they were somewhat of an enigma, with top laner Nuguri famous for his lane focused, “greedy” playstyle unseen in other LCK top laners.

Despite the fame Nuguri earned for himself at the 2019 World Championship, the star of this team is undeniably its prodigal mid laner, ShowMaker. At only 19 years old, he received both the LCK’s Young Player award ahead of teammate Canyon and the overall MVP of the 2020 Summer Split, boasting the highest KDA of any player during the regular season at an impressive 16.

His laning stats demonstrate a dominance reminiscent to many of the early days of Faker’s career. He has an aptitude for numerous styles of play in the mid lane ranging from roaming with Twisted Fate and Kassadin, dominating lane with Syndra and Zoe, and securing teamfight victories with Galio and Sett. His versatility is one of his greatest strengths of Damwon and gives his team a massive amount of flexibility in their drafting.

DRX are a team with a strangely convoluted legacy as one of the LCK’s older and more successful teams. The team’s rebrand has been a complete overhaul and none of the current players have anything to do with the organization’s history.

They’re also a team with a superstar mid laner: playmaker Chovy. His KDA is nowhere near as impressive as Showmaker’s, but don’t be deceived—he plays a remarkably different role to Damwon’s prodigy. He’s the facilitator, working alongside support Keria to set up fights and take engages on champions like Sett, Sylas, and Azir. He goes in and it’s the responsibility of the team’s veteran AD carry Deft to win teamfights on clean-up champions like Ezreal and Kalista. These champions offer high single-target damage to quickly pick off low-health targets, but they don’t excel in a true five-vs-five scenario, something that DRX can capitalize on.

Results-based analysis would suggest that this series has Damwon’s name written all over it. They took down DRX in a clean 2-0 in their most recent matchup and have only dropped five games out of 18 best-of-threes as opposed to DRX’s 13. Their dominance this split has been showstopping, but DRX are no slouches. Despite a less dominant scoreline, they’ve still shown clean victories against some of the LCK’s strongest squads.

The mid lane will undoubtedly be the focal point of this series. With ShowMaker looking to win the lane and Chovy trying to leave it, early two-vs-two skirmishes with both junglers on damage-heavy picks will be the drafting key to unlocking the map for an early advantage. DRX’s Pyosik generally prefers this high-damage style, favoring the LPL’s favorite picks in Nidalee and Graves, whereas Damwon’s Canyon tends to opt for setup and crowd control on Lee Sin and Trundle. Both mid laners have showcased remarkably deep pockets when it comes to their champion pools, so both teams will look toward jungle bans to limit the opponent’s effectiveness in skirmishes.

In the current state of the bottom lane meta, both teams will be looking to opt for supportive marksmen and tanky, crowd control-focused supports with little variation, meaning no need for bot lane-focused bans. And in the top lane, Nuguri’s penchant for late-game scaling picks has been slightly quelled in the current meta of global abilities to secure map priority on the top half of the map. Neither top laner has much practice on the Shen and Gangplank that are running rampant across the competitive meta, favoring lane dominance over security. Expect Camille to be either banned or first picked every game.

Regardless of the victor, this finals will usher in a new wave for Korea. Regardless of the outcome, a never-before-seen victor of the LCK will be crowned this weekend and sent to Worlds with the hopes of Korea on their shoulders.

Damwon will face off against DRX on Saturday, Sept. 5 at 3am CT.