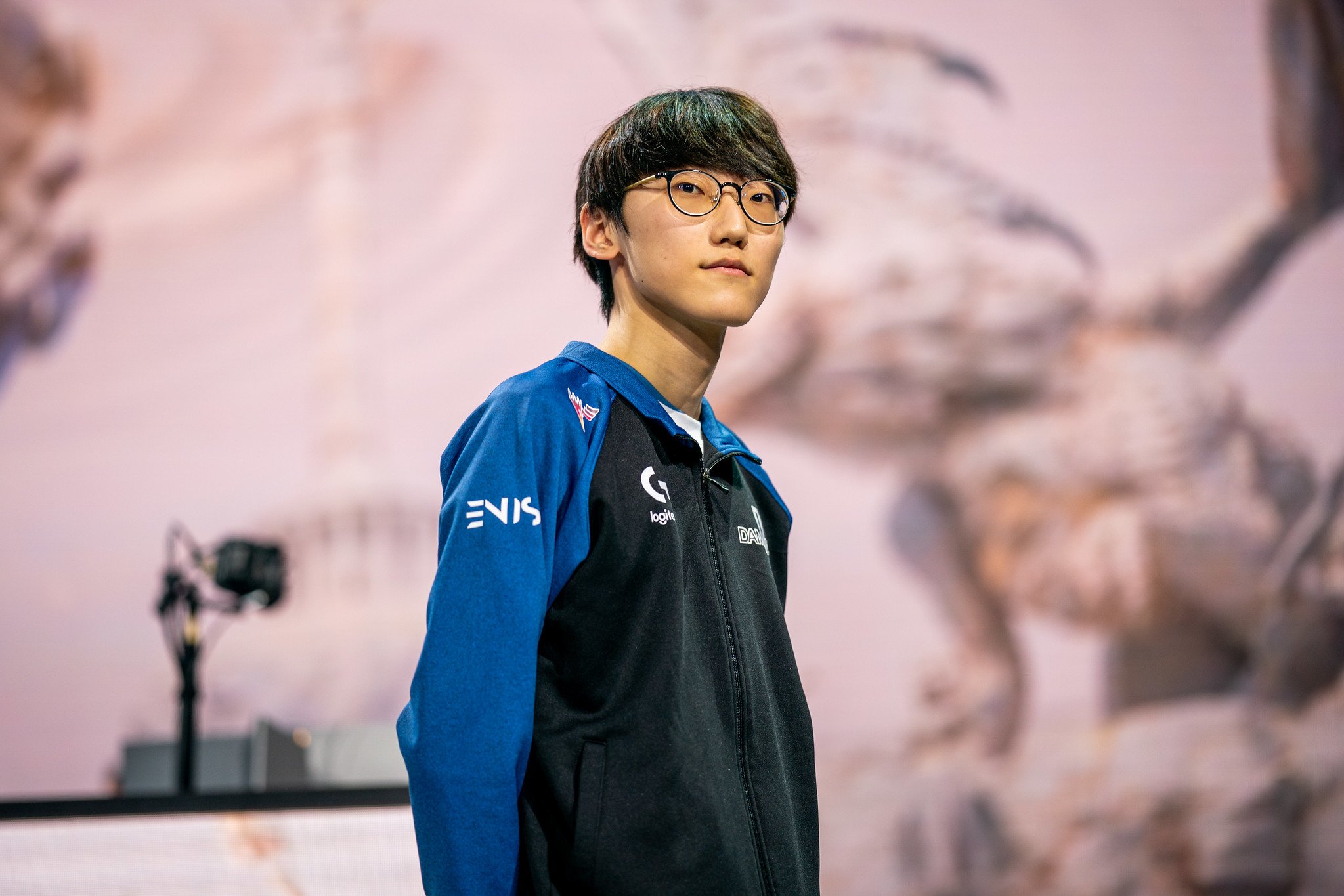 After a heavy-hitting bout against Invictus Gaming, DAMWON Gaming have finally captured themselves a spot in the League of Legends 2019 World Championship quarterfinals. The whole match was extremely back and forth, with both teams trading blows while they battled for supremacy.

Once again, star mid laner Heo “ShowMaker” Su put on a wonderful display on Akali, collecting six kills. The team’s AD carry, Sin “Nuclear” Jeong-hyeon, proved his worth by grabbing himself eight kills with only a single death.

A 28-minute Baron fight ended up breaking the game open for DAMWON. Both teams had been pushing and pulling each other around the pit, but DAMWON jungler Kim “Canyon” Geon-bu ended up stealing the buff from Gao “Ning” Zhen-Ning—IG were subsequently aced in the extended teamfight.

Ning had a lackluster performance in his first match at Worlds—he made questionable decisions and a few big mistakes in key teamfights. Yu “JackeyLove” Wen-Bo took Syndra in the bottom lane, but he was rendered useless for a good chunk of the game. Mages haven’t had much success at this year’s Worlds, and that trend continued today.

After this win, the LCK is on the verge of topping all three of the groups they were placed in, which isn’t surprising given how the region has performed at the tournament thus far. This could be the year that Korea exacts their revenge on the world after failing to reach to the Finals in 2018.

On the other hand, the defending champions have to regroup and prepare for a huge game against Team Liquid—that game will decide if IG will get a chance to two-peat, or if Yiliang “Doublelift” Peng will finally break his curse of constant Worlds group failure.