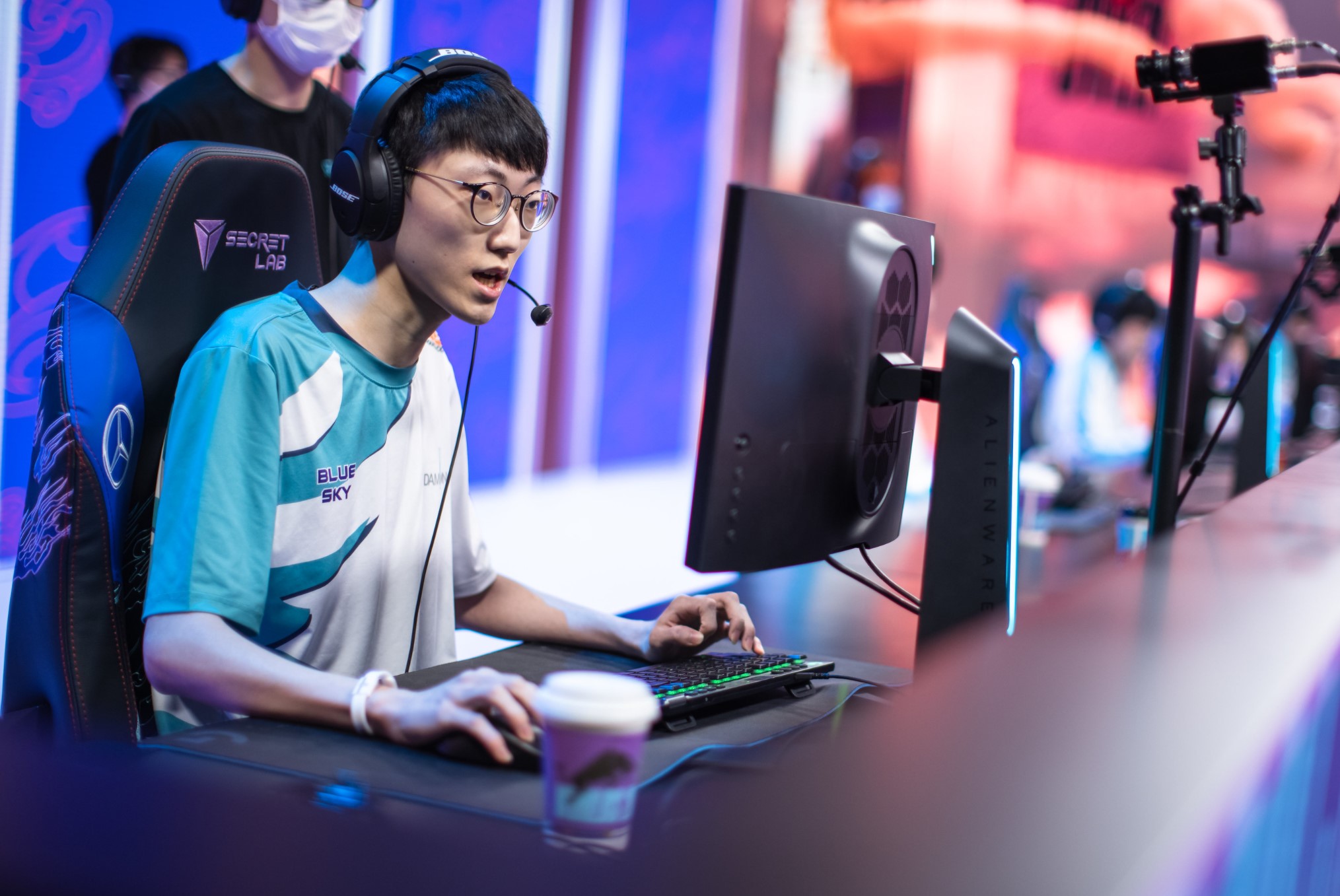 DAMWON Gaming of the LCK took down Rogue in convincing fashion on day two of the 2020 League of Legends World Championship.

Coming into the match, both teams sat atop Group B with spotless records of 1-0. Yesterday, Rogue defeated PSG Talon while DWG got the edge over JD Gaming. Both of those games were incredibly one-sided, so coming into this matchup, the question would be whether these two teams could provide a relatively competitive game.

Rogue showed signs of life early on. The first few minutes of the game showcased a back-and-forth affair. But through serious control of neutral objectives across the map, DWG mounted a lead over Rogue that built up progressively over time.

And although the matchup felt even at times, especially considering the low kill-score of the game, DWG eventually pulled the trigger and gained the upper hand over Rogue towards the back-end of the game.

Mainly, DWG took control of the map early. A strong emphasis on developing a lead through objectives and towers instead of kills was what won the game for the LCK champions. By way of an exponentially-increasing gold lead over the span of 34 minutes, DWG toppled Rogue in a relatively slow, but nevertheless forceful manner.

The top performer of the game was DWG’s Jang “Nuguri” Ha-gwon, who took an unconventional Lulu pick into the top lane and posted a perfect scoreline of 1/0/6. Nuguri’s surprise pick acted as a secondary support throughout the game, allowing Damwon’s carries to grow stronger and become more of an unbreakable focal point as the game went on.

After today’s contest, Damwon sit atop Group B with a record of 2-0. The team will face off against PSG Talon tomorrow as it looks to complete a perfect run through its first three games of the 2020 group stage.

Rogue, on the other hand, fall to 1-1, and will square off against JD Gaming out of the LPL tomorrow.