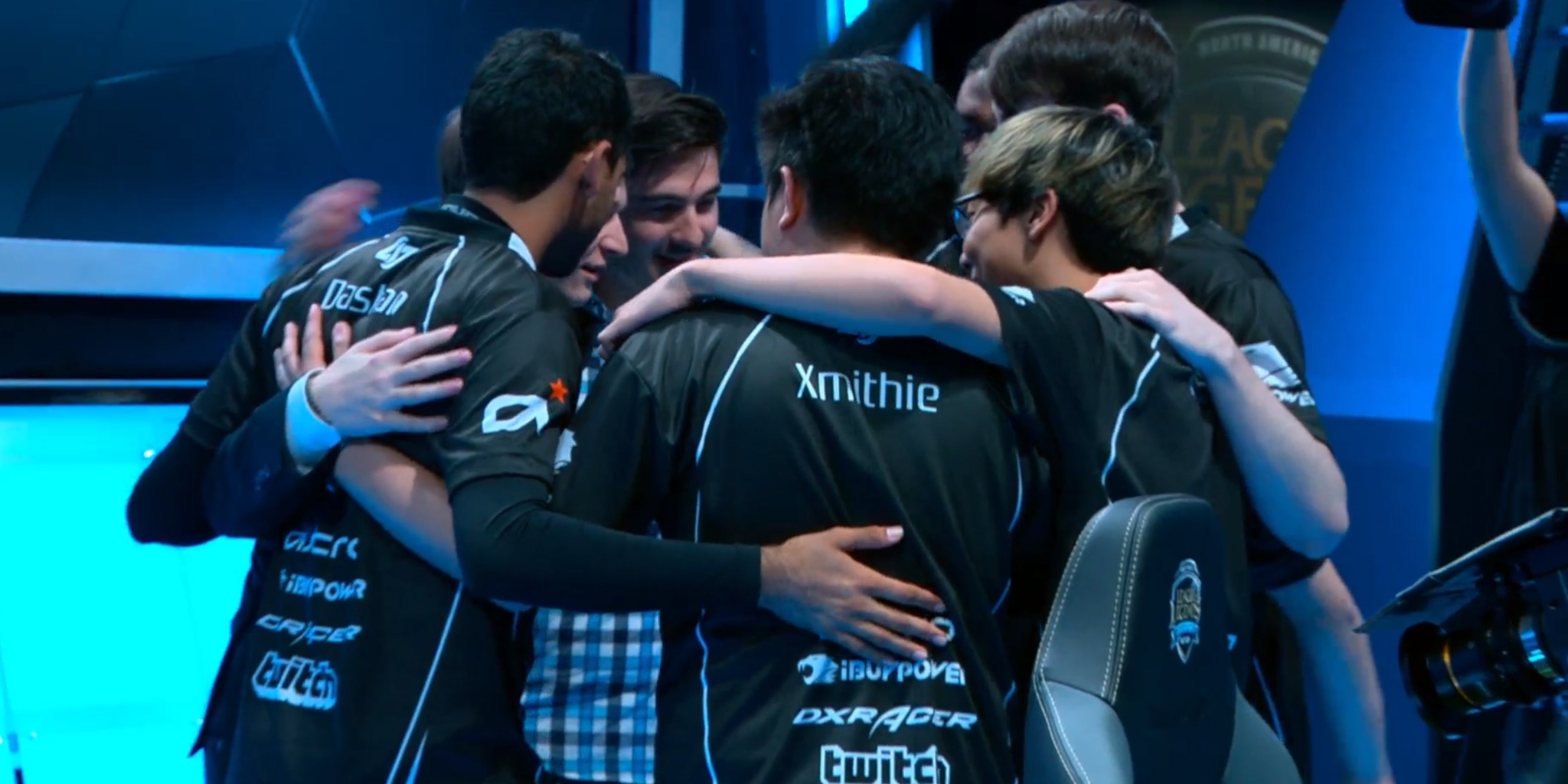 Counter Logic Gaming eliminated Team Liquid from the NA LCS playoffs for the second consecutive Split, with a 3-1 series win in the quarterfinals Sunday. The two-time defending champions earned their sixth-straight playoffs win, a streak that dates back to April 2015.

The series was the first time we saw Counter Logic on patch 6.15, the update designed specifically to curb pro teams’ ability to lane swap. Despite being the team that utilized lane swaps more than any other during the regular season and often struggled in standard lanes, Counter Logic seemed to have no trouble with the new meta.

The team snowballed early successful ganks into massive wins in games one and four. In game two, Liquid wrestled the gold lead away from Counter Logic 29 minutes into the game, before throwing a team fight to allow Counter Logic to regain control.

The momentum was quickly halted in game four, when Liquid made the mistake of dropping their Sivir ban in favor of Ekko. CLG’s Trevor “Stixxay” Hayes capitalized by picking up three kills early en route to a 10/0/4 performance.

For Liquid, it was a tumultuous season from the very start, when the team suspended Dardoch, last split’s outstanding rookie, for the opening series due to “insubordinate behavior.” Weeks later, Liquid unexpectedly demoted star ADC Chae “Piglet” Gwang-jin, a former world champion, to their Team Liquid Academy Challenger squad.

Liquid can still make Worlds if the team can run the gauntlet from the fourth position in the regional qualifier. Their first opponent will be Team Envy, who was eliminated from the playoffs by Cloud 9 on Saturday.

Counter Logic moves on to the semifinals to face Team SoloMid, the team they’ve defeated in the finals each of the previous two splits. SoloMid is poised for revenge after sweeping Counter Logic in their regular season meetings during a nearly perfect 17-1 season.

Here are the pivotal moments of Sunday’s series.

This gank at 5:40 was the beginning of the end for Liquid. It allowed Counter Logic to get first blood as well as the bonus gold for turret first blood. Perhaps more importantly, it allowed the team to end standard laning phase early in the game.

After claiming the gold lead for the first time at 29 minutes, Liquid lost a disastrous team fight in which Lourlo’s fed Irelia canceled her Teleport while the rest of Liquid remained aggressive. Counter Logic came back immediately after with this follow up team fight that allowed them to secure the Baron and the game soon after.

Liquid controlled game three from early in the contest, but Counter Logic isn’t an easy team to close out. The casters mentioned multiple times how the team specifically practices playing from behind. Added to the fact that they had a massive late-game comeback against Liquid in the regular season, Liquid’s lead never felt quite safe in game three until they secured the win this ace.

. @TeamLiquidLoL get the cross map ace to extend their lead! #NALCS https://t.co/WYywrk4LmD

Sivir provides utility and incredible late-game damage in longer games, but this early-game misplay by Liquid allowed Counter Logic’s Stixxay to control the game from the start.

And here’s what happens later in the game when you let a pro Sivir get fed early.

A fight starts in the jungle and @Stixxay gets a quadrakill! #NALCS https://t.co/EQURokXMof