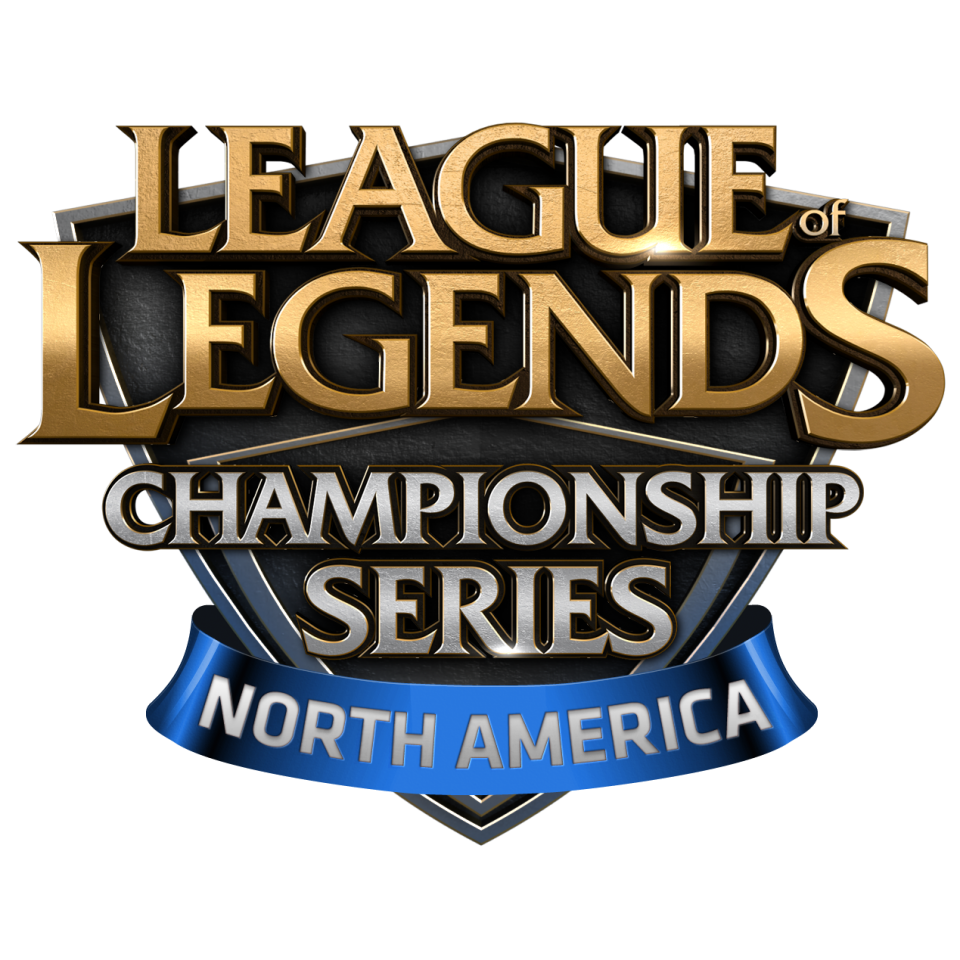 If you’re reading this article, chances are you’d sacrifice a kidney or two for the ability to be a professional gamer. Afterall, what could be more fun than getting paid to play your favorite game? Well, a lot. But we’re not going to get into that. Instead, I’m going to talk about how much money professional League of Legends players make. Notice I said professional, and not competitive. We’re going to take a look at pro players, and streamers too.

As most of the community knows, Riot gives each team a set amount of money to provide salaries and help with operating expenses. Below you’ll find Rule 2.2 from the Official 2014 LCS Rule Book:

2.2 Player Compensation
Each team must distribute the required Minimum Player Compensation ($12,500
per starting player per split during the 2014 season) to its starting players, in
accordance with the terms of the applicable Team Agreement. If a player’s status
as a starter changes during the course of a split, said player shall be entitled to a
pro rata share of the Minimum Player Compensation on a per-game basis
(calculated as a ratio of the number of regular-season LCS games in which the
player competed as a starter divided by the total number of regular-season games
played by the team during the split). Nothing in these Rules is intended in any way
to limit the compensation a team pays to its players.

That seems like a pretty decent deal on the surface. $12,500 for about 3 months work. In a 28 match season, that’s about $450 per match. Unfortunately, LCS players have the same issues as teachers. Their official job isn’t year round, so they aren’t getting paid (at least by riot) for a few months of the year. That’s why most of them turn to streaming in the offseason. You’ll also notice that the salaries aren’t guaranteed. If a player gets dumped, the salary is pro-rated on a per-game basis (Meaning Lustboy and Gleeb each got paid $6,250 for the summer split regular season, as they eached played 14 games as TSM’s support). That’s a major flaw in the current rules, and something that will likely change as League of Legends continues to grow in popularity and top teams fight over talent. Guaranteed contracts is a natural step in the evolution of a sport. It’s also important to remember that this is the minimum compensation a team is allowed to provide a player. We know Scarra’s salary was in the $50,000 range from an interview with the owner of Dignitas, which is double the minimum. Players on more established teams are likely to have higher salaries, as are more skilled/important players.

In addition to basic compensation, teams/players can earn additional money in the playoffs as seen below.

It’s highly likely that the actual breakdown per player is different from those listed above, as teams have to consider travel and living costs, but for the sake of this article, we’re going to assume that a player can increase their overall salary for a split by anywhere from 20% to 80% by placing in the top 4 at each season’s playoffs. Obviously, there is the additional money available to teams via international tournaments and the World Championship, but only the best teams in the world will have a chance at those prize pools.

Let’s take a look at how the above minimum salary figure works out on an hourly basis. The LCS Salary works out to $450 per game. With two games played each week, that’s $900 per week. If we assume each player spends 12 hours a day in scrims, solo que, going over VODs and general team-related activities for 4 days each week, with two 8 hour days for the LCS and one day off, that works out to 64 hours a week dedicated to their job. This comes out to just over $14 an hour. That places the LCS minimum salary firmly in the “good, but not great” category. For a player making Scarra’s salary, that works out to a much nicer $28 an hour. Now, this obviously doesn’t take into consideration all the time between splits that the teams are preparing, which is not inconsiderable. Most LCS teams are heading back to work in early November. That’s two full months of work before the season even begins. Now, nobody is going to go out and say that Riot or the teams are being unfair to the players. They’ve chosen to do this, and they are in a career with no formal training. So that’s pretty solid pay all things considered. All this tells us is that streaming in their free time is necessary for LCS players to ensure their future financial stability. Also keep in mind that this doesn’t include sponsorship money.

As a final point regarding player salary, I want to do a fun comparison with the miminum salaries of the Major League Sports. A MLB player earning the minimum salary makes $500,000 a year, or $3,000 a game. An NBA rookie makies $507,000, or $6,000 a game. Members of the NFL practice squad make $5,200 a week, and only during the actual season, while the minimum player salary is $420,000, or $26,250 per game. However, the minimum MLS salary is just over $35,000, which puts LCS players firmly in the range of professional soccer players in the US. Like eSports, all Major League Sports are subject to the same offseason time where they aren’t getting paid, though most teams offer the option of having their salary broken up over the course of a year, rather than the season.

Streaming has long been the primary way for popular League of Legends players to make money. So much so that some obviously capable players don’t want anything to do with becoming a pro player due to the comparably better earnings and working conditions of streaming. A professional streaming personality can make his own schedule, essentially working whenever he wants for whatever he/she feels like earning that month. There are four primary ways for Streamers to make money. Ad Revenue, Donations, Subscribers and Sponsorships.

Ad Revenue (Please note that accurate figures may very depending on team/streamer contracts. Many platforms have tiers.)

Now, that’s assuming the best case scenario. Twitch is a streaming platform and its primary user base is in the age bracket most likely to use ad block. A Twitch.tv survey put this number as high as 90 percent, while many streamers put this number at greater than half. This is a severe limitation on the income of streamers, and why subscriptions have become the primary source of revenue for many of them. If we assume an Ad-Block use rate greater than 50 percent, than that cuts all of the above figures in half. That brings the Oddone’s hypothetical earnings down to 1,400 a week, or $72,800 a year. It’s also worth noting that TSM streamers probably make more than $3.50 per 1000 ad impressions.

If you’re wondering where the blue line went, it’s behind the yellow one. That’s because the number of twitch viewers using Ad block is so high that it costs streamers 50 percent of their potential revenue. In short, viewer use of Ad Block costs a streamer like the OddOne tens of thousands a year in missed revenue. So, if you like a streamer, then turn off Ad Block when you’re watching them. Now, the Oddone typically frequently exceeds these numbers in average viewership and hours streamed, so his actual yearly earnings just from streaming is most likely far above $100,000.

Subscribing and Donating are the easiest ways to give your favorite streamer money. Subbing to a stream costs $4.99 a month, with half that money going to the streamer. For top streamers like The Oddone and Nightblue with thousands of subscribers, this can be a huge boon to their income. A streamer with 2000 subs (at $2.50 in revenue per sub) gets an additional $5,000 a month. Obviously, Donations are even better as all of the money goes to the streamer. It’s not uncommon to see single donation figures in the thousands every now and then for the most popular streamers. While some streamers shy away from taking donations, or encourage fans to sub instead, many utilize the donate feature to run charity events, with some events earning even millions of dollars in charitable donations. Sponsorships are the one revenue source for streamers that is hard to pin down. These agreements tend to be private, with the streamer aggreeing to advertise the website or product on their stream’s profile in exchange for money, peripherals and the ability to offer discounts to fans. One thing to note about Subscribers is that most Ad-Free is a typical subscriber benefit, so this does cut into the number of viewers that actually count towards a players ad revenue. But the tradeoff definitely works out in favor of the streamer. As a single viewer needs to watch a thousand ads to earn a streamer the same amount of money.

If we assume that 1/10th of a player’s average viewerbase subscribes, we can figure out a minimum number of views a player needs to get for streaming to be a successful full time career. A streamer with an average of 5,000 viewers makes $2,800 from ads under the above example. Add in $1,250 from 500 subs and you get a monthly income of $3,950. You’ll notice that this seems low. If we assume a streamer plays 2 ads an hour, this doubles to close to $8,000 a month, or $82,200 a year. We can reasonably say that a streamer getting 5,000 views on average can fully support themselves by streaming. 3,000 viewers puts this number down to $52,680 a year. That would make the minimum possible average viewership to make a living off of streaming in the 1,500 to 2,000 range as that amounts to $26,000-$35,000 a year. Anything less than that is just supplimentary, though perfectly fine for any player living at home. Keep in mind that streamers have to have their own place to live, while that’s provided for professional players by their team. It takes a lot of effort to build a following, and a lot of dedication to maintain it, not to mention being actually good at the game. It’s not for everyone. So before you quit your day job, try to build a viewerbase first.

All About the Money

When you take a look at the above figures, it’s easy to see why many players choose to forgo a competitive career altogether in favor of streaming, and why many pro gamers stream in their free time. Imaqtpie was said to have earned $9,000 in one month in the same interview where Odee revealed Scarra’s salary, while Aphromoo is on record saying he was making $8,000 a month streaming before he began his pro career. If we look at Bjergsen and Dyrus, pro players who can break the 40,000 and sometimes 50,000 viewer marks on their own when they stream, the potential income is mindblowing. This is why so many Korean players want to come to NA even though the competition is weaker. The money is just so much better here. It also begs the question of whether NA might see a talent shortage in the future, as the best players opt to stream instead of go pro. That said, the ideal scenario is likely for a player to do both. Be a Pro Gamer for the exposure, and then stream on their off days and in the offseason to supplement their income.

*Please note: A previous version of this article contained some innacurate information. The starting CPM for Twitch is actually $3.50 per 1000 Ad Impressions, which is significantly higher than I previously stated. Thanks to Twitch’s partner team for reaching out and correcting the innacuracy. All figures within the article have been updated to reflect the change.