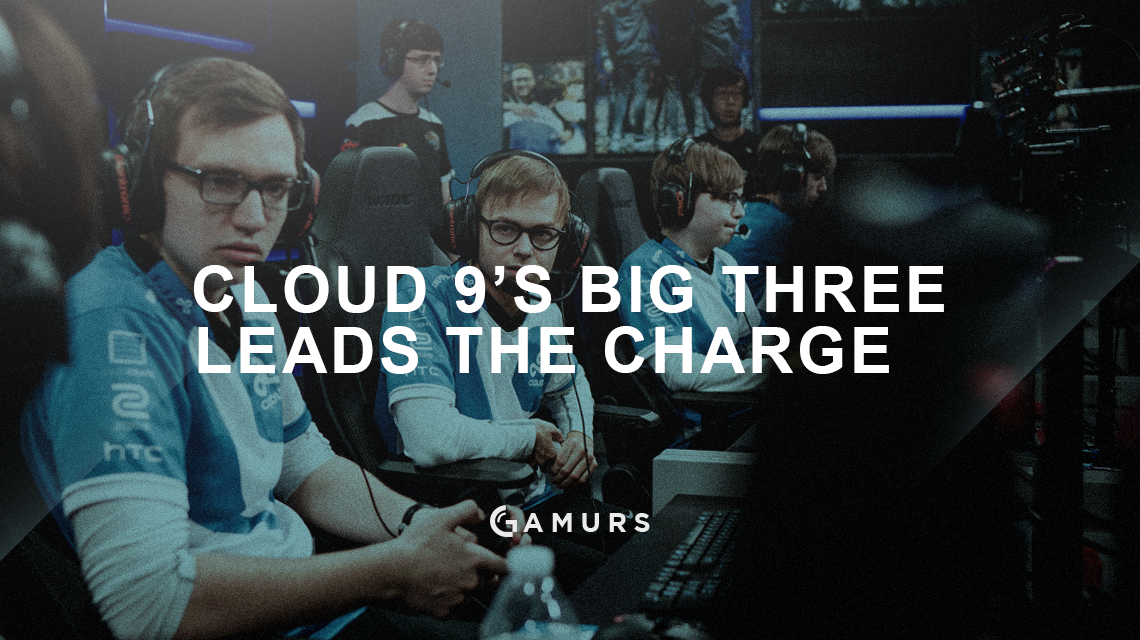 This article is the fourth of six that will be highlighting every North American League Championship Series team that made the playoffs, starting with the six-seed and going up. If you would like to read the rest, here is the link to my author page. For anyone paying attention to this series, the articles over Immortals and Team SoloMid will likely not be released until the first round of playoffs has concluded.

Without further ado, the current squad on the list is Cloud9. Before we dive in, let’s look at the roster:

Team EnVyUs, Team Liquid and Counter Logic Gaming are good teams. That is why they all made it into the playoffs. In my mind, though, this is where the rift is. Cloud9, Immortals and Team SoloMid are a tier above the rest.

Cloud9 placing third in the regular season with a 12-6 record gives me a sense of déjà vu, which makes sense considering this is exactly how the Spring Split ended. This split, however, the team looks a little different.

With a new head coach, top laner, (old, but new) jungler and two supports, Cloud9 was revamped and ready to present a new look to the NA LCS.

For the majority of this split, Cloud9 had a six-man roster with rotating supports. Michael “Bunny FuFuu” Kurylo and Smoothie swapped out after every game in a series, regardless of whether the previous game was a win or loss. They had equal time, no matter what. However, this only lasted a couple of weeks before the team decided on a permanent starter. It lasted six weeks, which is two-thirds of the split. These players were both so good and even, that the decision was nearly impossible to make. What it came down to, according to Meteos in an interview with theScore esports, was simply “who the coaches felt was the strongest fit.” Smoothie got the spot, as Bunny FuFuu took a backseat role on the squad and Tristan “Zeyzal” Stidam was later brought on as the new substitute support.

Early success for this roster was certainly not expected, due to the lack of synergy, but expectations were high for fans of the organization. The players delivered quickly and meshed right off the bat, starting the split 6-2. So 6-2 is great, but even better is the fact that the only losses were both 2-1 to Immortals and TSM. It was quite the impressive start. Then things got a little shaky.

Cloud9 proceeded to lose their next three games to Liquid, Immortals, and TSM; three very good teams, but a disappointing run nonetheless for a roster looking to qualify for Worlds by the end of the split. Synergy finally looked like a real problem, but the Cloud9 players kept their heads held high and pressed on. After defeating NRG eSports to end the losing streak, this was when Smoothie was officially made the starting support, presumably to help team synergy and go full-time with one player. Really, this was the team’s only rough patch the entire split. This roster change was extremely clean.

It is safe to assume, however, that this change was only so clean due to the existing synergy between Cloud9’s main carries: Meteos, Jensen and Sneaky. Though Meteos was not on the squad last split because he took a break from playing competitively, the three played together previously under Cloud9. All three of these players are some of the best in their positions that the NA LCS has ever seen, so combine the individual skill, existing synergy, and current meta favoring a strong jungle/mid combination, and Cloud9 had the recipe for success.

Speaking of these three being the key to Cloud9’s success, it is time to take a closer look at that claim.

Similarly to Jake “Xmithie” Puchero and CLG, Meteos is the man who keeps Cloud9 running. Before I talk about how important Meteos is, let’s all realize that he has the lowest gold share out of all the starting junglers in the NA LCS at just 18.7% of his team’s gold. Now, let’s all realize that his 6.7 KDA is the highest among the junglers of the NA LCS. Does that make a whole lot of sense? No, no it does not. He also only has 15.7% of Cloud9’s deaths per game. Meteos is ridiculously good at making sure he stays alive, while supporting his team and keeping his opponents stunned, knocked up, and rooted. Rek’Sai and Gragas, two absolute initiation tanks, are Meteos’s top champions. Looking at that, and his KDA, shows you Meteos’s playstyle. Meteos is a leader, initiator, shot caller, tank, and hype man.

Ever the staple of the Cloud9 LoL team, Sneaky is still an absolutely dominant force at the ADC position. It could easily be argued that he is the best ADC in all of the LCS, even ahead of the likes of Yiliang “Doublelift” Peng, Jason “WildTurtle” Tran and Jesper “Zven” Svenningsen. Sneaky has the second highest KDA on his team, and the highest among all ADC players. Compared to the rest of the ADC field, Sneaky also has the most assists, the highest kill participation and deals a higher percentage of his team’s damage than any other ADC does for its respective team. Statistically, Sneaky is the best Ashe and Jhin in the NA LCS. His KDA with Jhin is a ridiculous 8.5 over the eight games he has used the champion, while he has a 79.1% kill participation rate. What do these two champions have in common? Long range ultimates that can slow or stun opponents, deal tons of damage and initiate team fights. Sneaky stays ahead in lane, starts fights, stays alive, gets kills and feeds teammates with assists.

Jensen, along with mid lane players like Søren “Bjergsen” Bjerg, Eugene “Pobelter” Park and  Luka “PerkZ” Perković, is one of the best players in the LCS. Jensen has a higher share of his team’s kills than any other NA LCS mid laner for their respective team, aside from Henrik “Froggen” Hansen. If there is a team that fully embraces the idea of feeding its mid laner, that team is Cloud9. Jensen gets 25.9% of his team’s gold; he is funneled a ton of resources and he does not waste them. With the most kills on his team and highest damage output per game, Jensen is an absolute monster on the rift and will not hesitate to take on anyone. He can out-damage and outplay almost any player in the league.

If this team has a weak link, it is not easily identifiable. Looking at their losses, Cloud9 only seems to struggle against the best in the game. In their six losses, Cloud9 fell to both TSM and Immortals two times each, while also losing once to both CLG and Liquid. This squad has only lost to teams that ended the split within the top five, and only dropped both series to the two top teams in the league. If Cloud9 wants to qualify for Worlds during the playoffs, they will likely have to take down both Immortals and TSM, so improvement is necessary.

Things are looking good for Cloud9 though, as they ride a four-win streak into playoffs and face the lowest seeded team in the tournament. Also on Cloud9’s side, could be a new meta, as lane swaps are fading out of the meta due to changes Riot made in the newest patch. Beating EnVyUs should be no problem for Cloud9, and it will provide them with a chance to practice on stage against a professional team while on the new patch. Going into the semifinals (assuming they beat EnVyUs) against Immortals, this could give Cloud9 a slight advantage having practiced with the new patch.

Qualifying for Worlds during the playoffs is a tall order for Cloud9, but this squad is consistently strong and always ready for a challenge.

Will Cloud9 qualify for Worlds during the playoffs by winning the whole thing? Can they take down Immortals and TSM? Let us know by commenting below or tweeting us @GAMURScom.