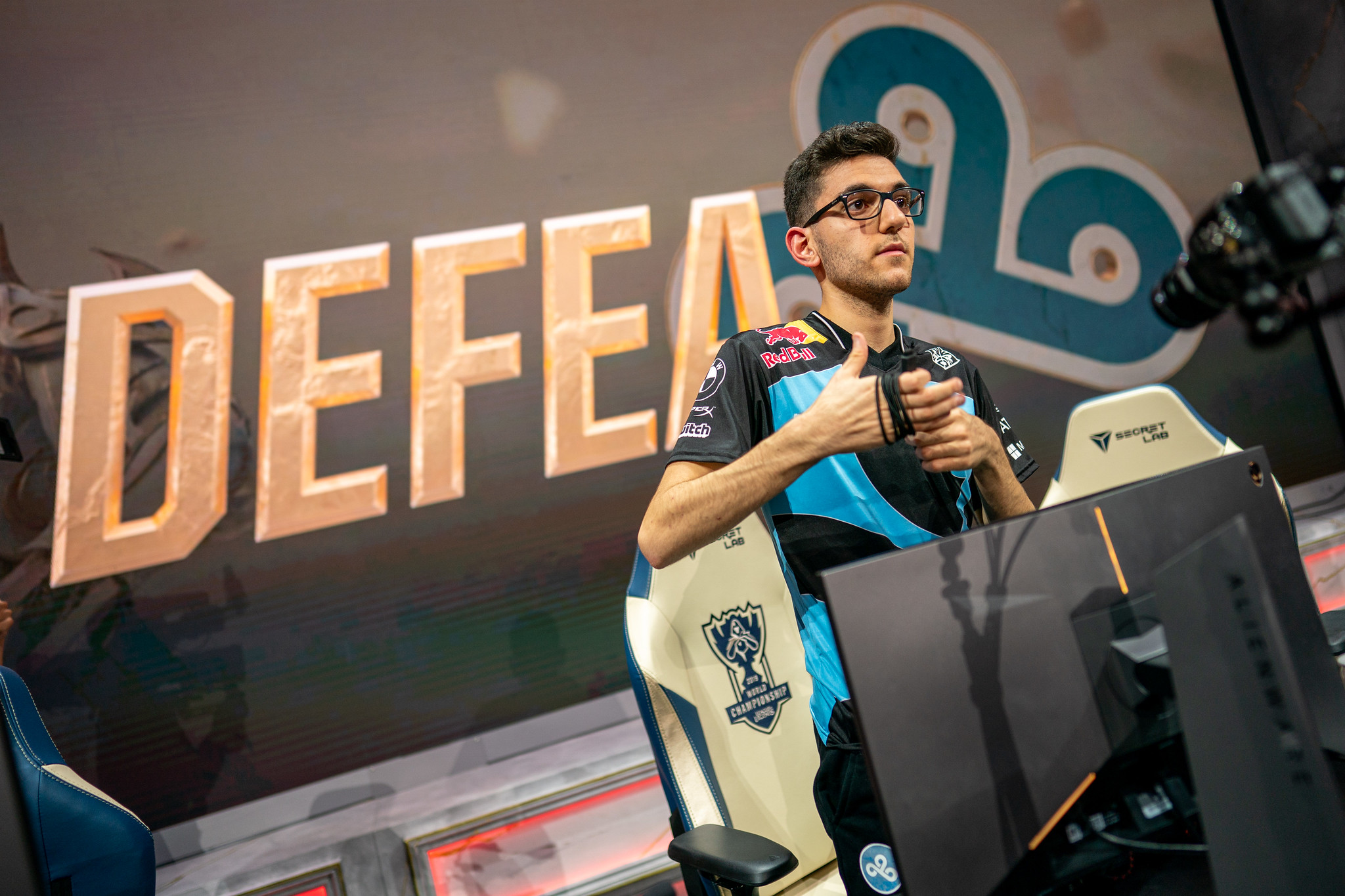 Cloud9 suffered their second loss of the League of Legends World Championship group stage in a disastrous match against Griffin today.

Entering their match against Griffin with a 1-1 record, Cloud9 decided to keep Robert “Blaber” Huang in the starting lineup instead of Dennis “Svenskeren”Johnsen, who helped C9 defeat Hong Kong Attitude in the team’s first match of the tournament. The team also continued their bottom lane mage strategy by placing Sneaky on Sona.

C9 were able to gain an early advantage by roaming as a foursome and leaving Licorice in a side lane, but this plan eventually backfired.

The match heavily shifted into Griffin’s favor when Park “Viper” Do-hyeon’s Garen and Son “Lehends” Si-woo’s Yuumi hard engaged onto Cloud9 as they were pushing Griffin’s mid lane with Baron. Griffin relentlessly continued forcing fights, which prevented Licorice from splitting. But by time Licorice rejoined the team, Griffin had already a majority of Cloud9’s base. Two Barons later, Griffin sealed their victory.

The loss drops C9 to 1-2 in the group stage of Worlds. Coming into the event, fans had high expectations since the team has had success at Worlds in previous years. Unfortunately, C9 was placed in what may be the most difficult group.

Cloud9’s only win to this point came against Hong Kong Attitude. The match was a 47-minute battle that could have easily ended in favor of HKA, which apparently led Cloud9 bench Svenskeren. The change didn’t help much against G2, though, as C9 were stomped by the kings of Europe.

With this latest loss, things don’t look great for Cloud9. But they still have the second half of round robin play to go, which means they can avenge their losses to G2 and Griffin before groups concludes.

Cloud9 will start the second half of the group stage this Friday, Oct. 18 with their rematch against Griffin at 8am CT.