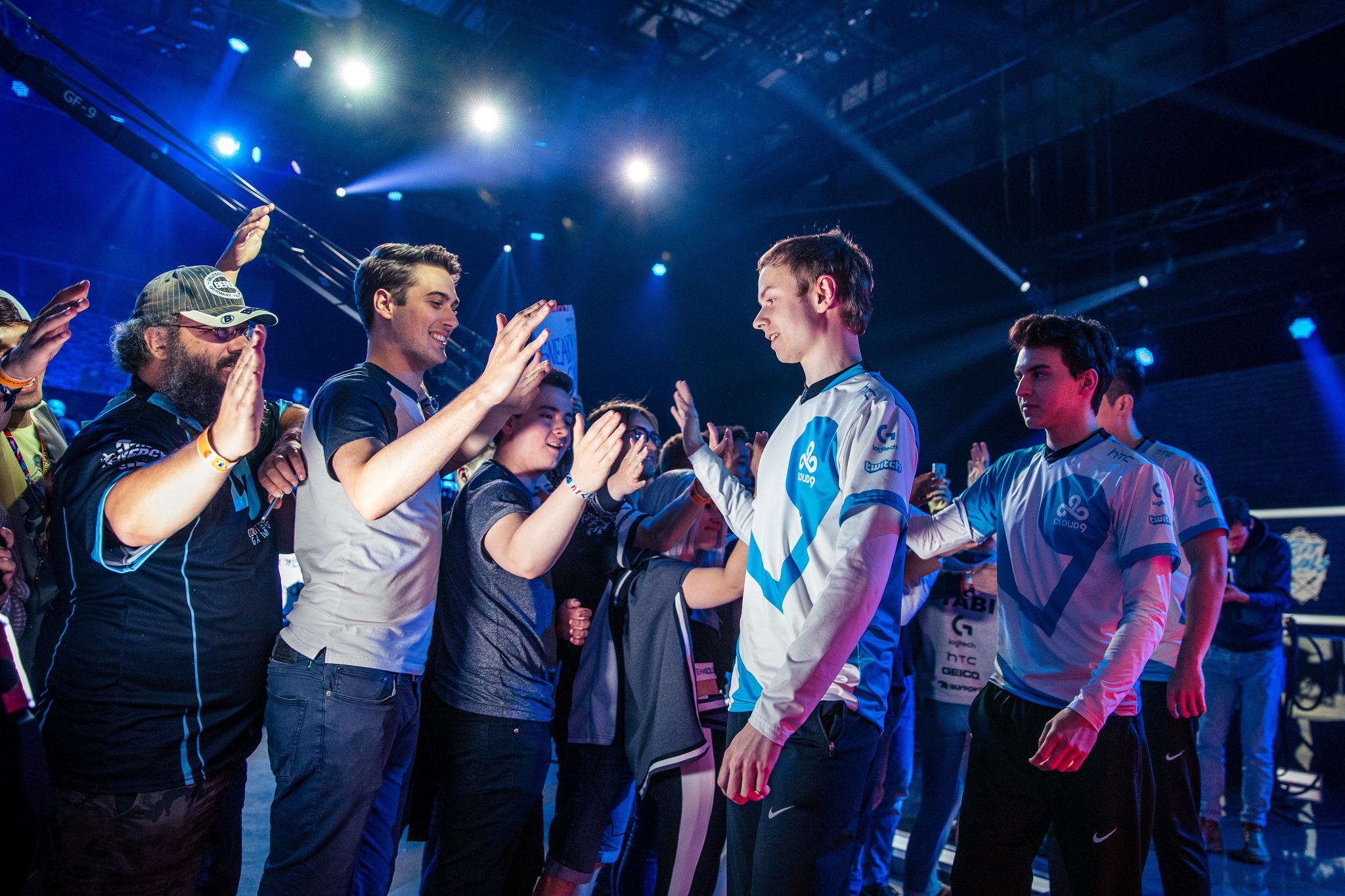 There wasn’t much hope for North America heading into Rift Rivals.

None of its three teams seemed like they were playing at their highest level. Meanwhile, European teams like G2 Esports, Fnatic, and Unicorns of Love started the season on a tear. Add in the jet lag and the home-turf advantage the Europeans had and it seemed likely that NA would stumble out of the gate.

Instead, the opposite has happened. TSM picked up a win, but then so did Phoenix1 off the back of magnificent rookie Mike Yeung. But C9 lost their opening match to G2, and needed a win against Fnatic—who are first place in the EU LCS—to keep pace.

Fnatic got to first place via strong lane play and smart rotations that tear their opponents apart. They won an earlier Rift Rivals game by outplaying P1’s macro game to build CS and objective leads. Cloud9 can struggle with late-game rotations, the top lane is still a mess, and their mid-jungle synergy is questionable.

Jensen survived an early gank and Contractz smartly wrapped back around to the mid lane, bringing support Andy “Smoothie” Ta with him to get an easy kill on the flash-less Orianna. Then, disaster struck for Fnatic as Paul “sOAZ” Boyer teleported in to die.

The game was pretty much over at this point. No kidding—LeBlanc was fed and would pick up a CS lead to boot. The split-push Renekton, played by Jeon “Ray” Ji-won in this game, was also ahead in CS because of that botched teleport. And ADC Zachary “Sneaky” Scuderi was even up in minions playing one-on-two in the bot lane!

Fnatic did try to make a game of it and found a number of kills for ADC Martin “Rekkles” Larsson. Normally, that’s Fnatic’s key to victory. But in this one, C9 just went mid over and over. It’s easy to develop mid-jungle synergy when the entire team is playing around mid! After several ganks, Fnatic finally started protecting Caps by warding their red-side jungle, only to watch helplessly as Contractz swooped in from the other side.

The game really wasn’t competitive after those kills. When they needed it, Smoothie landed big grabs to reset fights. After losing to G2 support Alfonso “Mithy” Rodriguez’s Blitzcrank earlier in the day, this fine performance from Smoothie had to feel good.

Cloud9 are still only 1-1 and there’s a lot of games to be played. Maybe NA is just toying with our emotions. On the other hand, they did just defeat perhaps the best of the three European squads, and weren’t entirely out of their earlier loss to G2. Cloud9 can hopefully use this game to build and become a threat by the end of the tournament.