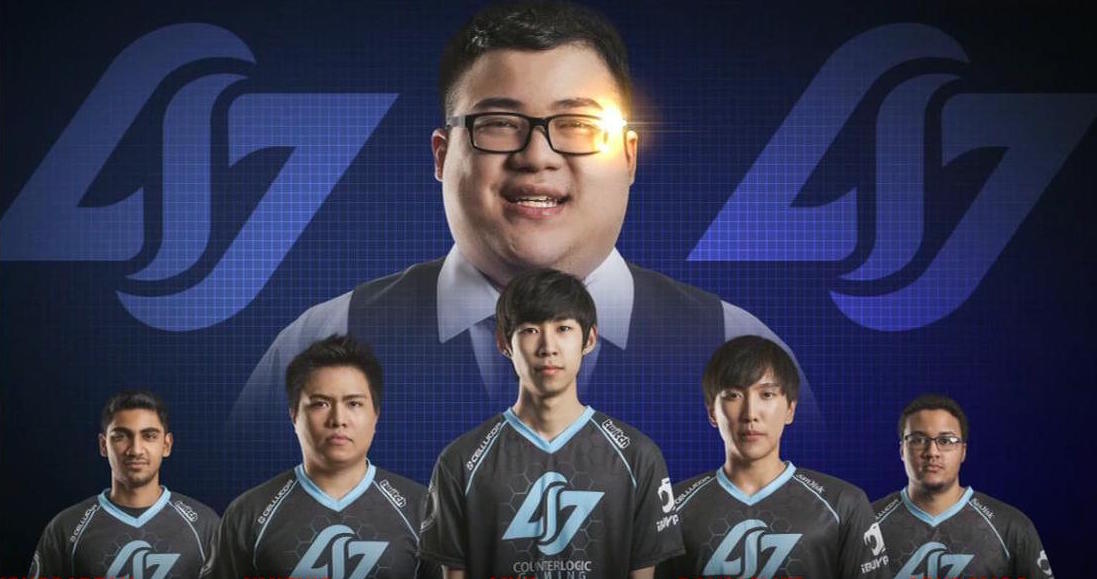 The Golden Age had arrived. By week 6 of the NA LCS Spring Split, Counter Logic Gaming had surged to first place alongside TSM. Everything was going right. Link was carrying. Aphroomo was making plays. And the addition of ZionSpartan and Xmithie had taken some of the burden off of Doublelift. At this point, everyone had realized CLG’s  dominant early game strategies were unmatched by any other team. CLG would amass large gold advantages by the 15-20 minute mark, and then commence to pummel their opponents into submission. A well-oiled machine. Everyone feared them. That is until they faced TSM for the first time this.

Once again, the early game was all going to plan. Turret after turret, dragon after dragon. CLG looked unstoppable. TSM were about to concede defeat, but then, something happened. Dyrus, with Sion, baited CLG into an avoidable and unnecessary 5v5 team fight. Link misplayed, Doublelift was out of position, and Xmithie was in no man’s land. A few more lost team fights later, CLG lost the game. They were not invincible anymore. One significant team flaw emerged from that game: CLG are poor at team fighting. This would go on to haunt them for the rest of the split.

After the first round robin of the split, CLG went 5-4 and dropped down to 3rd place after losing a tiebreaker versus Cloud 9 in the final week of the split, losing their first round bye. The tragic story did not end here. This past weekend, CLG faced struggling Team Liquid, and lost all three games in a best of five, accruing only 10 championship points. How did a team with an immaculate early game strategy and dominating execution during the first half of the split diminish so drastically in performance during the second half? Was CLG’s early success a fluke?

After CLG’s abysmal performance in last year’s Summer Split, CLG owner HotshotGG promised fans he would not let this happen again. As soon as players’ contracts had ended after World’s, HotshotGG was quick to snap up William ‘Scarra’ Li and Darshan ‘ZionSpartan’ Upadhyaya as CLG’s new head coach and top laner. By late October, CLG had begun try-outs for jungle and mid. By late November, Scarra and the team had unofficially decided on Xmithie and Link.

Effectively, CLG began scrimming two-three months before every other team in the LCS. Teams like TSM and Liquid had visa issues and were unable to scrim. While other teams like Winterfox and Impulse had not even finalized their rosters until two weeks before the Spring Split began. The increased practice time allowed CLG to form synergy faster, and thus, gave them time to focus on developing lane swap strategies and prepare picks and bans for the upcoming season. In comparison, other teams that started scrimming in December or January, still needed to work on language barriers, developing a team identity, and figuring out the meta.

This is evident at the start of the split when you compare the performances of C9 and Impulse in the first round robin to the latter part of the split. CLG had no competition besides TSM – and even the latter looked shaky. CLG were ahead of the curve, they had the advantage.

Brute Force Is Not Enough

While CLG still maintained a strong early game throughout the split, the effectiveness diminished against the top placed teams. Against TSM, Cloud 9, and Team Impulse, CLG have a woeful 2-5 record (including the tie breaker versus Cloud 9). If you add Team Liquid to the mix, this record becomes 2-7 (regular split only) and 2-10 (playoffs included).

If you re-watch the 7 losses, CLG had a lead in every game. Versus any other team in the LCS, CLG would pummel their opponents and close out the leads with little to no problem. However, a higher level opponent understands and plays the game better (e.g. power spikes, trading objectives). So, the leads that CLG accrues can easily be overturned if they are not extremely significant. This is the biggest reason as to why CLG must improve their team fighting.

CLG’s problems are also compounded by the fact that the meta shifted towards tanks. If we look back at CLG’s good run, they were picking multiple different compositions and winning with it. Whether it was a double AD composition or a Nidalee siege composition, early game power meant much more in the earlier patches. With the introduction of Cinder Hulk and the buff to Righteous Glory, tanks became much more relevant. Tanks are all about team fighting, being able to dish out crowd control, soaking in the damage, and peeling for your carries.

Why does this matter? CLG still won the early game, so shouldn’t they still be able to close out games with ease? Well, the tank meta puts much more importance in team fighting ability because fights are much more prolonged and so it is imperative that the players know when/how to engage, when to kite back, and how to position and play around the opponent’s tanks. When the enemy has two or three tanks, gold leads are insignificant. And against tougher opponents like Cloud 9 it is not so easy to obtain massive gold leads. Without a huge advantage, CLG struggles to win games.

In a tank meta, CLG is eventually forced to team fight, and if the other team can team fight better, even with a gold disadvantage, then the lead CLG worked so hard to obtain essentially means nothing.

In an interview with Travis Gafford, Doublelift admits that it is a lot easier to learn from losses than from wins. After several LCS weeks, other teams started improving. They began to figure out why CLG were good and began copying their early game. It is only natural that the strategies of the most successful teams are observed and mimicked. So, while other teams were playing catch up, CLG could not learn from their competition.

To make matters worse, CLG’s biggest flaw, team fighting, was not a simple problem to fix. While CLG had months to prepare early game strategies, they had only a few weeks to fix this newfound flaw. Ironically, it was what CLG excelled at that created an obstacle for them in scrims. CLG’s early game dominance prevented them from effectively practicing team fighting since they would amass a big advantage that the opponent would then either a) be weaker for team fights or b) surrender before a team fight could happen.

Ultimately, the loss of novelty in their early game combined with the meta shift towards tanks and the ineffective practice environments for team fighting had accelerated CLG’s decline with playoffs right around the corner.

Missed Opportunities And The Race For Championship Points

CLG were smart. They started preparing for the Spring Split way ahead of anyone else. They formed their roster very quickly and had no language barriers to deal with. They came into the split with dominant lane swaps and early game map rotations that were no other team could rival. The missed opportunity here is that CLG could have practiced team fighting during their extended pre-season practice. But, how could they have known their team fighting would be their ultimate shortcoming when they were beating teams by the 20-minute mark in scrims?

Fans may be quick to blame individual players. And while players like Kori are available, they are relatively unproven. The idea of  a roster swap is alluring, but it won’t necessarily solve CLG’s inability to team fight or improve their pick/ban strategy. Signing a new player can revitalize the team, or it can undo CLG’s progress. Nothing is for certain. With the new championship point system and only 10 championship points gained from the Spring Split, CLG have a momentous task ahead of them to obtain a top 3 spot in the Summer Playoffs to have the chance of competing at World’s this year.