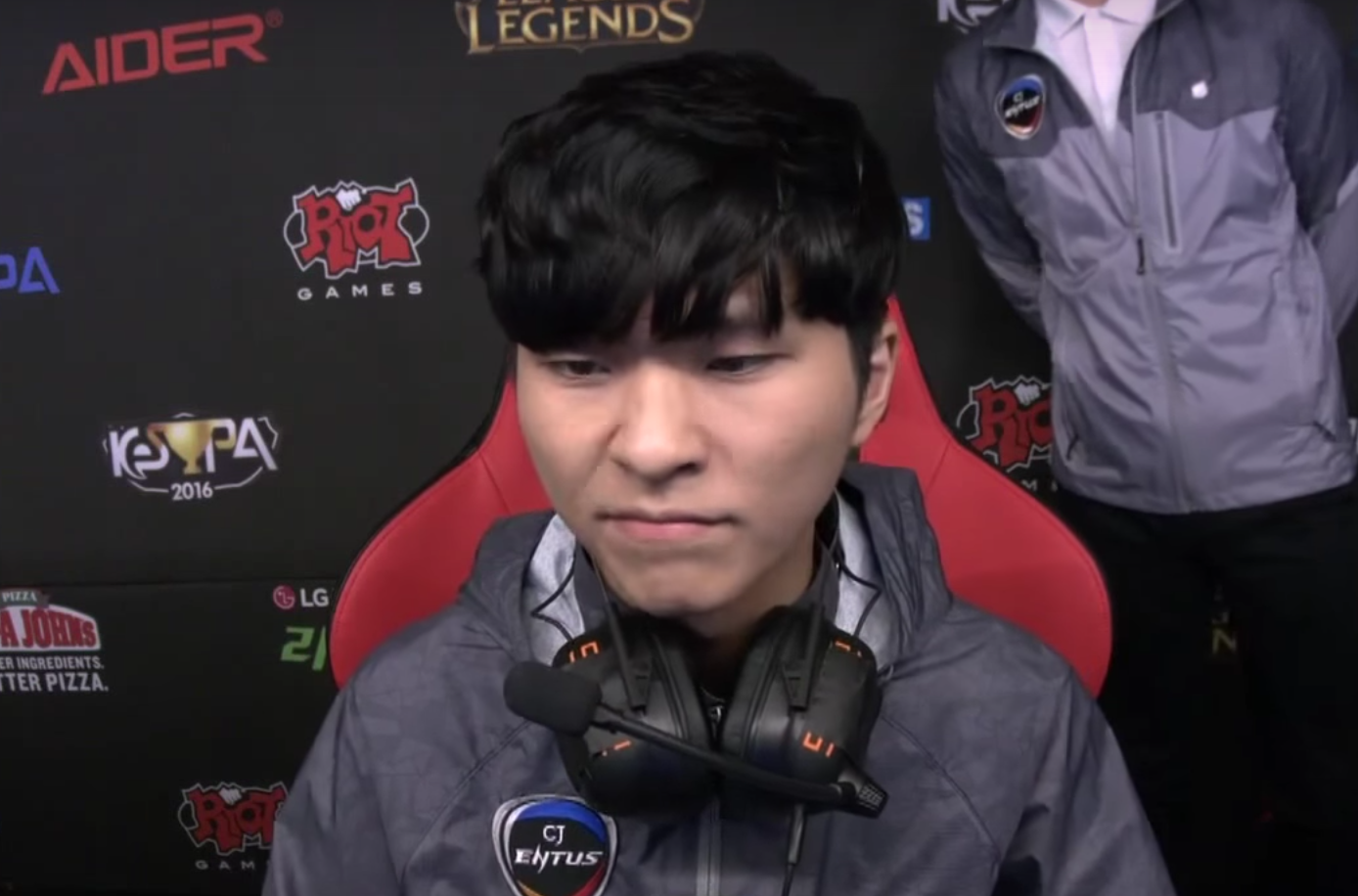 Korean League of Legends side CJ Entus has been forced to distance itself from new AD Carry Minsik “MoMo” Park after the player’s history of online harassment was exposed.

Shortly after the news broke, CJ Entus confirmed it would not sign MoMo.

The player, who had reportedly only been under a trial contract, was revealed on Korean site Inven to have a history of sending violent and misogynistic abuse online.

According to Inven Global, MoMo had sent dozens of messages to one woman. These messages included accusing the woman of offering sexual favors to men in exchange for in-game boosting, and saying “I bet you were sexually assaulted many times.”

The player also responded abusively to the victim’s request for an apology.

The abuse took place two years ago, when MoMo was playing under the name of “Minsik”. CJ Entus claim they did not know about his history of harassment before signing him to play for the team. MoMo played for CJ Entus against ESC Ever in a 2–0 losing effort yesterday.