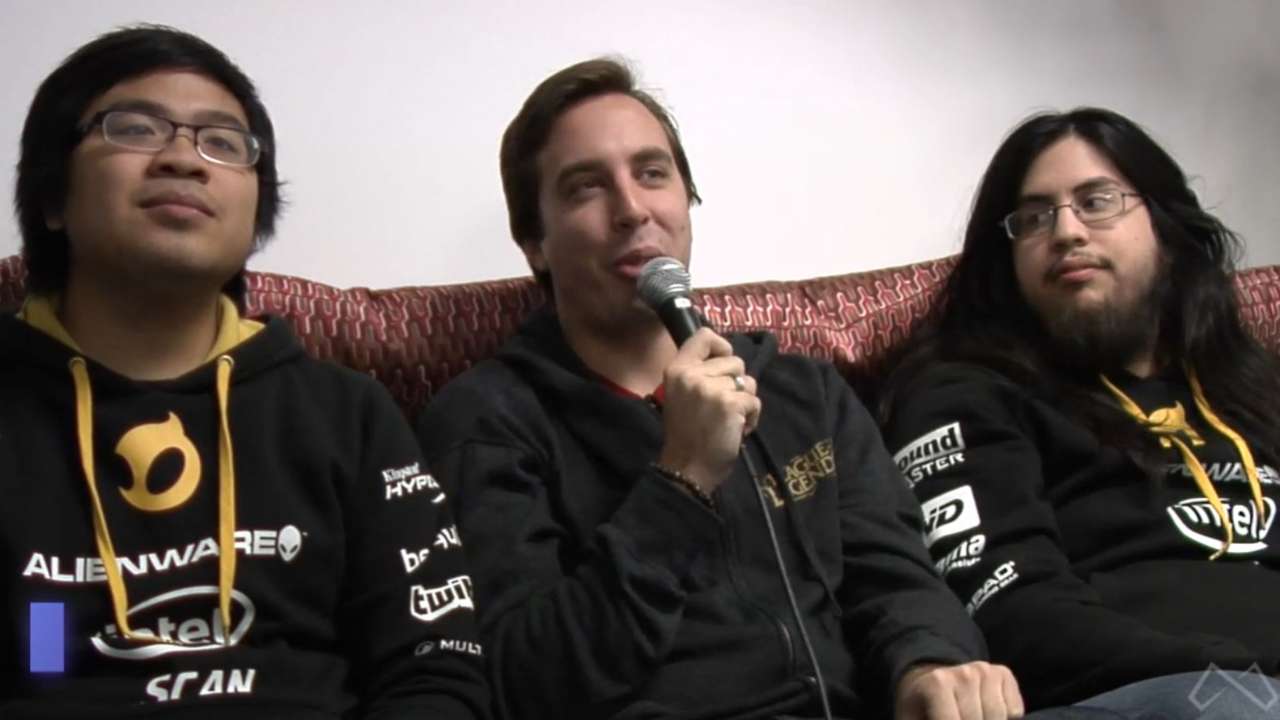 In Season 5, one of the most popular community jokes centers around Riot caster Jatt and his supposed bias towards North America’s Team SoloMid. (Jatt discussed  questions concerning his bias on this Reddit thread.) This joke speaks to one of the most common community misunderstandings surrounding eSports coverage – the belief that fandom and bias are inherently bad or unprofessional. Jatt might not even be a TSM fan, but a good part of the community seems to think that it’s a problem if he is.

The community’s refusal to accept that media members can be also be fans has created a very unhealthy atmosphere. Public figures are frequently abused or disregarded due to their fandom. Thooorin’s fandom of players like Flame or Froggen is well-known. Even though Froggen’s strong statistical season suggested that he was still a strong player, Thooorin’s praise of Froggen was derided as just fandom. Similarly, although China and Korea are widely accepted as the strongest regions, regional experts such as MonteCristo or Froskurinn are mocked for their “poor predictions” whenever their respective regions under-perform. Perhaps it’s not a surprise that casters such as Jatt or Rivington don’t tell the public which teams they support.

The idea that casters and journalists should not be fans is completely wrong-headed. Here’s why.

It’s natural to be a fan

If a media member was a not a fan of any of the teams they covered, I would suspect that they were bad at their job. In order to speak accurately and intelligently about teams and players, casters and journalists watch the game more than almost anyone else, and fandom is a natural consequence of that process. LoL is an incredible diverse game, and everyone has different opinions on how the game should be played. It’s natural for media members, like anyone else, to gravitate towards a specific style that matches up with their own beliefs on how the game should be played. In the same way, it’s normal for media members to gravitate towards players with playstyles that lines up with their beliefs on how the game should be played. For instance, MonteCristo’s love of creative strategies drew him to the kT Rolster Bullets and Ryu. Thooorin’s love of individually dominant players drew him towards Azubu Blaze and Flame. Media members who love all styles of play should still  naturally gravitate towards a few favorite teams by process of elimination. Surely there are teams whose styles (SKT S perhaps) they find particularly boring, or they would prefer to watch a higher quality product over an inferior one (ssumday vs. Seraph for carry top laners.)

If media members couldn’t watch all these teams without identifying teams or players whose style they enjoyed watching most, I would seriously question their ability to tell teams apart or articulate thoughts on how the game should be played. I guarantee that every notable media member is a fan of certain teams of players, they just might not want to admit it in the current environment.

In a related note, media members also interact with professional players far more than the everyday fan. Media members will become friends with certain players as they get to know them better. They could also enjoy certain players more because they are articulate or intelligent during interviews. Similarly, journalists may support organizations, such as Cloud9, that are very open to journalistic content over teams like TSM, which has usually refused to communicate with journalists. Just as it’s natural to support players and teams with particularly enjoyable styles, it’s also natural to simply support friends.

Open fandom doesn’t cause bias, it helps prevent and identify it

As mentioned earlier, the current community environment does not encourage bias. Yesterday, when Jatt noted that Balls would struggle in the top lane at Worlds, he was criticized by Cloud9 fans for his supposed bias against the team. Anyone who watched C9, including their fans and, in spite of their public statements, their own players, would have seen that Ball’s performance in Season 5 has been extremely poor, especially in comparison to his usual standard. Unfortunately, fans simply pointed at Jatt’s supposed bias and derided what would have been an intelligent discussion. It’s good to note fandom and preferences when discussing media analysis, but far too often this is taken too far and fans simply disregard arguments entirely due to fandom. The idea that fandom caused Jatt to criticize Balls is ludicrous, and the people defending Balls were probably just projecting their own inability to separate bias and fandom onto Jatt.

Media members should, and usually do, try their best to hold all players and teams to the same standards when evaluating them. Most of the time, they manage to do this. Thooorin is good friends with Gambit support Edward, but still criticized him repeatedly for declining this season. Similarly, it’s well-known that Rivington is good friends with Dignitas support KiWiKiD, but in spite of their friendship, Rivington didn’t unfairly place KiWiKiD ahead of better North American support players. Most of the time, media members are disciplined enough to keep their fandom separate from their work.

As mentioned earlier, fandom is mostly largely inevitable, and while media members generally do a great job of keeping it separate from their work, they should be encouraged to discuss it openly. Hearing media members discuss their favorite players is an awesome experience, because it provides great information about not only the player but also the media member’s beliefs. In this way, open fandom colors and provides additional context to media analysis. Under the lens of Thooorin’s professed love for consistent high damage dealers, his love for Forg1ven seems a natural fit next to his support of players like Flame and Froggen. By openly being a fan, Thooorin is simply providing more information about his own analysis and game beliefs. Now that Thooorin’s fans understand the framework with which he views the game, they can understand and better appreciate why he evaluates certain players higher than others.

Even at the rare times when media members do allow their fandom to creep into their work, open fandom helps viewers moderate and better understand these points. It’s important not to completely dismiss these points, because there’s oftentimes valuable arguments simply because they are coming from an expert. Hypothetically speaking, if Jatt was a TSM fan who thought that they could upset LGD in Group D, it would be appropriate to take his opinion with a grain of salt. However, that doesn’t mean that his analysis of match-up would be entirely worthless. In fact, from watching so many TSM games as an NA caster, Jatt might have insights into the team that nobody else does. More importantly, it also wouldn’t mean that his non-TSM analytical points would be similarly biased. Once again, open fandom, when properly understood, helps fans better consume analysis.

The idea that media members shouldn’t be fans is both inaccurate outright damaging to the community. It’s natural for media members to be fans, and being a fan usually doesn’t lead to unfair analysis. Rather, open fandom colors analysis and helps fans better understand and appreciate it.