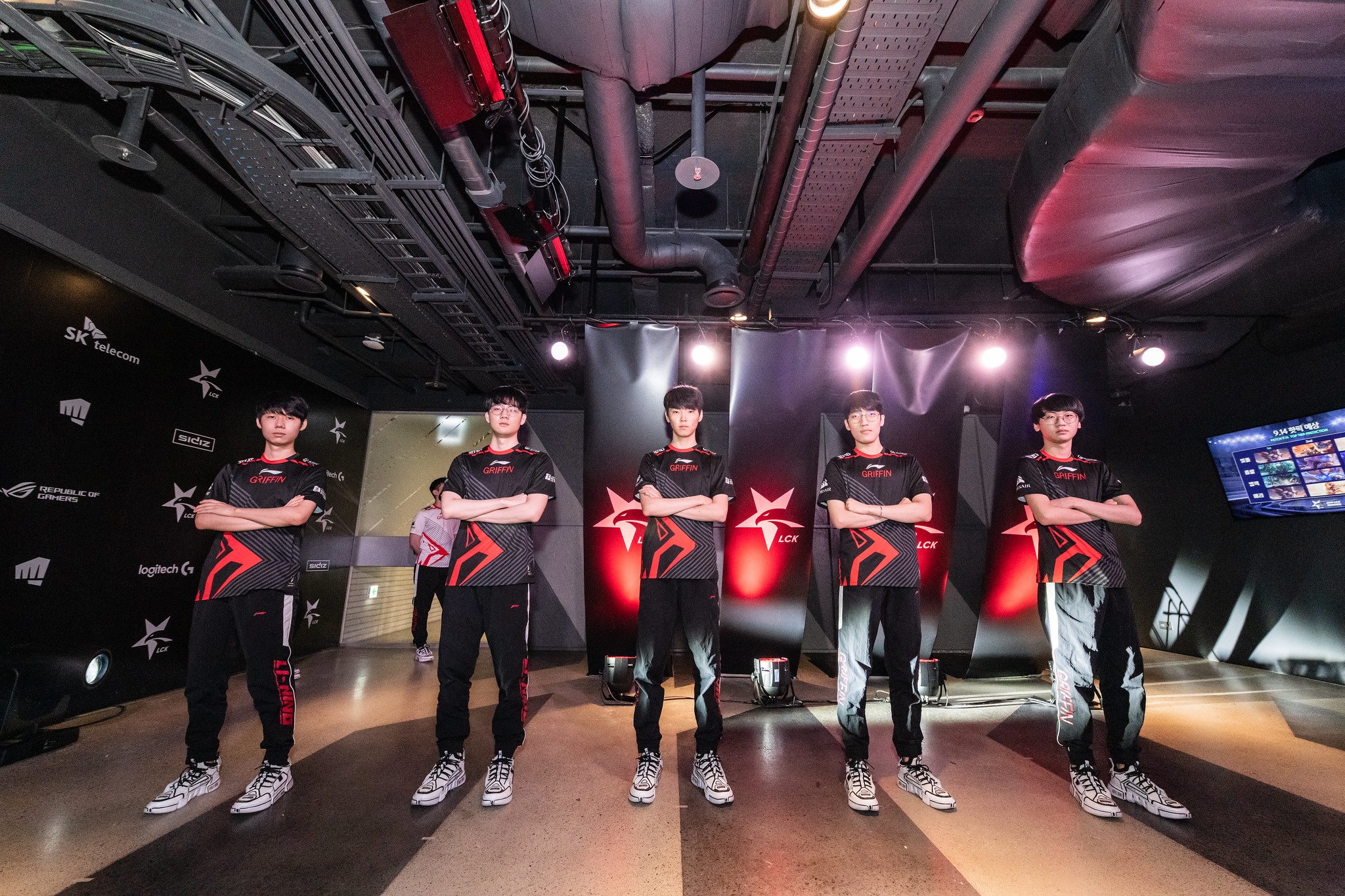 Griffin are set to make their first appearance on the League of Legends World Championship stage on Oct. 13. Coming in as the LCK’s second seed, Griffin proved their dominance in the regular season. But their failures in best-of-five scenarios have divided expectations for their international performance.

With Griffin’s Worlds debut rapidly approaching, will they come in as a polished team tearing through the ranks with godlike teamfighting or will they struggle in the spotlight?

Dominant from the start

Upon joining the LCK in the 2018 Summer Split, Griffin quickly rose to the top, finishing second overall. Moving into 2019, the team finished first in the regular season both in the spring and summer. Part of Griffin’s dominance has been due to their ability to teamfight. They know when to bait enemy ultimates, how to position, and when to be aggressive or back off. Of course, they’re not the only LCK team who can teamfight. But when Griffin are at their peak, they’re clearly a tier above other squads. A key determinant in Griffin’s teamfighting capability is their jungler, Lee “Tarzan” Seung-yong.

Tarzan’s ability to path is like no other. Regardless of what the enemy jungler does, Tarzan figures out the most optimal path to keep his teammates ahead. By outpathing enemy junglers, he’s able to catch the opponent off guard before they have time to respond. When Griffin is engaged, Tarzan’s pathing allows him to quickly join fights and swing them in his team’s favor. This is especially true during the mid to late game. Additionally, his wide champion pools allows for his team to have flexibility in their team compositions. He can play tanks like Sejuani, which gives his team protection and engage. But he can also play assassins like Evelynn where he can pick off enemy players, creating four-vs-five scenarios for Griffin.

Despite Tarzan and Griffin’s overall dominance in the regular season, they’re plagued by a series of losses in best-of-fives, which have made them a questionable contender at Worlds. Out of the four best-of-five series that Griffin have played in the LCK, they’ve only won one, which was against Afreeca Freecs during the 2018 Summer Split playoffs. Throughout regular seasons, Griffin have shown that they’re capable of consistently winning best-of-three matches. But when it comes to the playoffs, they choke.

Griffin fell apart during their series against SKT in the 2019 LCK Summer Split finals. SKT’s jungler, Kim “Clid” Tae-min, had Tarzan out-roamed from the start. And Jeong “Chovy” Ji-hoon was caught off guard by ganks over and over in the mid lane. As a team, it looked like Griffin didn’t know how to handle early-game aggression and were incapable of finding opportunities to bring them back into the series. Griffin did manage to take one game off of SKT, but they were otherwise steamrolled. Considering this was Griffin’s final showing before heading to Worlds, it’s difficult to put them as a top contender regardless of their strengths. But Griffin won’t be competing in any best-of-five series during the Worlds group stage. Here, the challenge will be whether they can compose themselves in front of millions of viewers.

Aside from their team performance, there’s one more factor that makes Griffin a mystery at Worlds. On Sept. 25, their coach, Kim “cvMax” Dae-ho, was released from the team. CvMax had been their coach since Griffin were climbing through the Korean challenger scene in 2017. He was known for his gladiator-style of coaching, which involved berating his players for poor decisions while praising them for every remarkable play. Despite cvMax’s demanding approach, Griffin’s players respected him, and by following his lead, they finished second in three consecutive LCK splits.

Even though Griffin didn’t win a championship, he was an integral part of the team. Without him, it’s impossible to say how it’ll affect Griffin’s performance at Worlds, especially considering his departure happened barely two weeks ago. In a way, losing their coach could motivate Griffin to overperform. But it very well may leave the players stranded without proper guidance.

Moving into the main stage, Griffin will be joined by G2 Esports, Cloud9, and Hong Kong Attitude in Group A. Although there are plenty of questions surrounding Griffin’s expected performance, they have the talent and record to go far in the competition.