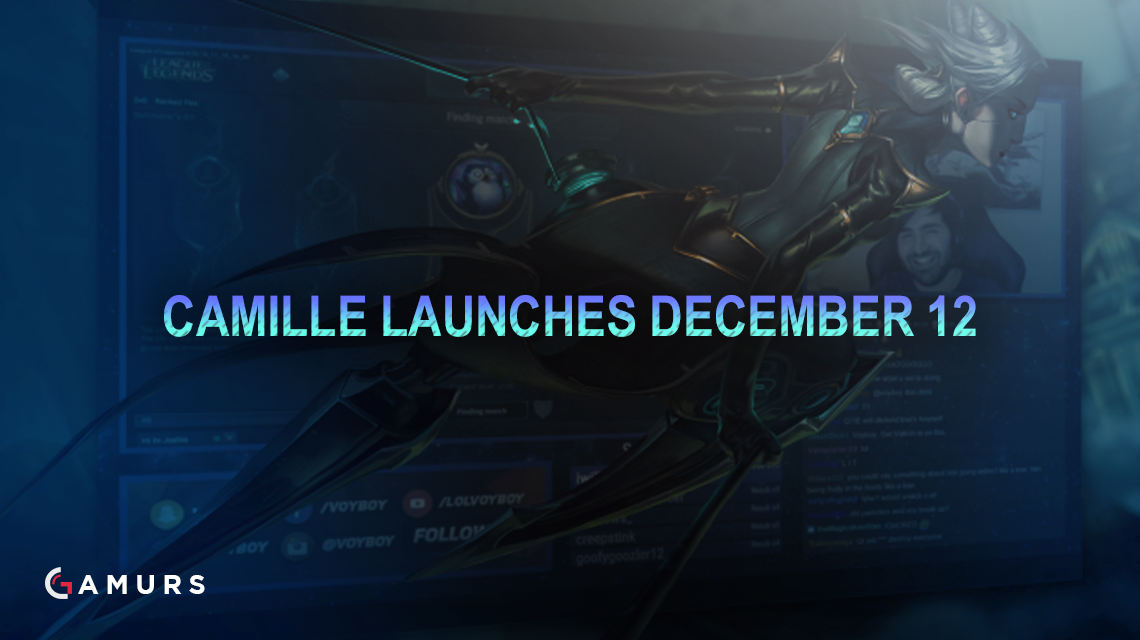 The newest champion to hit the rift, Camille, officially launches on December 12 with a stream being announced to cash in on the hype of the last champion of 2016.

Riot Games announced the stream, saying that you can “Join Voyboy, NickWu, Riot Jag, and Cactopus as they shave some noobs as Camille live on Twitch from 2:00pm to 5:00pm PT on December 12, 2016. Will they slice open their enemies? Or will they feed like crazy? Leave your questions, memes, and dreams in the comments below so we can address them during the stream!”

You can look at more information by going to the original article here.