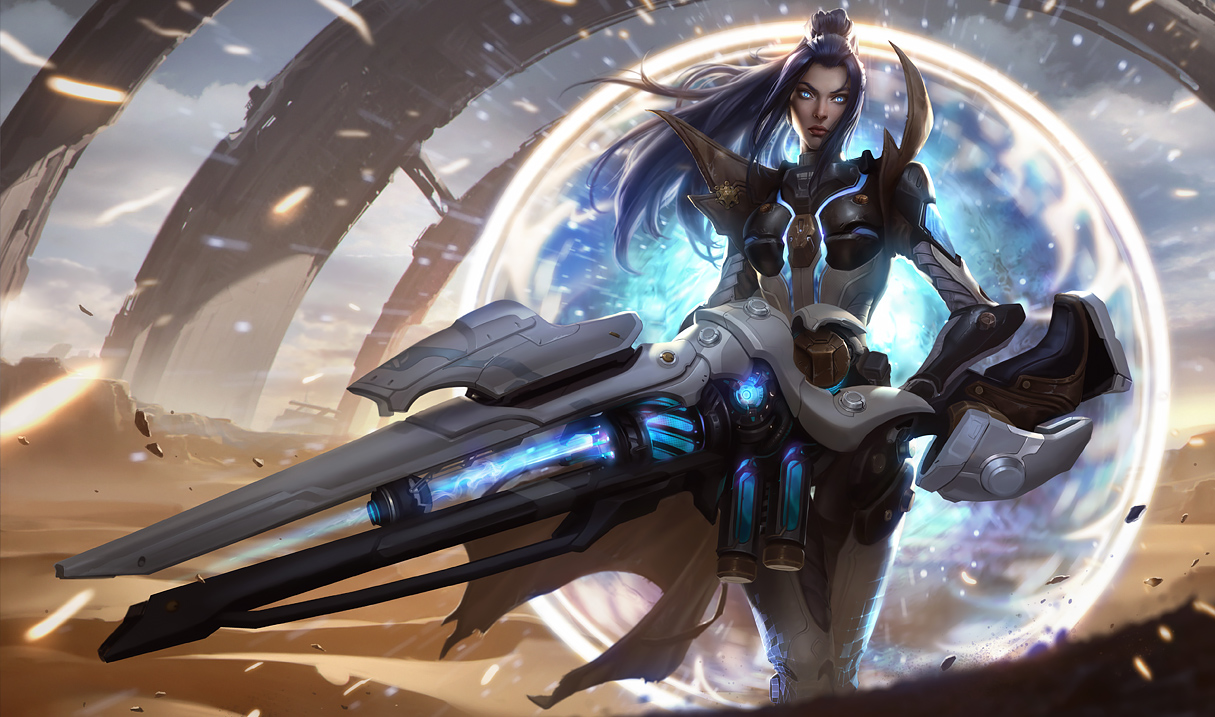 Caitlyn was at the top of her game for a pretty long stint until League of Legends’ Patch 7.11 came along, dropping her attack speed and removing her Headshot synergy with the Runaan’s Hurricane item.

Since that patch, she’s steadily dropped from being the most winning ADC with a high play rate to losing more than almost any other champion in her role, according to League stats site Champion.gg. Her play rate is still sort of high, but seeing as she’s the third most losing ADC in League, it’s certainly not a good thing.

The worst part about her sudden drop in effectiveness is how easy she is to play. She was a go-to ADC for players that aren’t too familiar with the role, and now that she’s performing so poorly, even new ADC players are inclined to seek out more difficult champions like Tristana and Vayne, hindering their performance even further. Caitlyn is in a tough spot, and her fans have been hoping for a buff for a while now. Unfortunately for them, she’s getting the opposite. On the PBE there are a myriad of nerfs to the Sheriff of Piltover, and they’re all pretty huge.

Right now, her Piltover Peacemaker (Q) is being nerfed to deal less damage to all targets after the first one hit, making it much less useful as an AoE teamfighting ability. Her Q deals 67 percent of its full damage after the first target hit, but the PBE nerf would lower that to 50 percent, which is a big drop.

The bonus Headshot damage caused by her Yordle Snap Trap (W) is being dropped significantly at early levels, but at max rank it will be the same. This will hurt Cait’s early game power and lane dominance, which is truthfully her biggest strength. The AD ratio on the ability is also being dropped from 70 to 60 percent—another big damage drop.

The big question on everyone’s minds right now is obvious. If she’s so weak, why on earth is Riot pelting her with a barrage of nerfs? The answer may disappoint about 98 percent of all ADC mains out there. These nerfs are almost definitely geared towards professional play, and they’ll no doubt hurt her solo queue performance even more.

Despite her horrid stats in solo queue, Caitlyn is still putting up scary numbers in pro games. In Patch 7.14 alone, she has a 72.7 percent win rate in the NA LCS out of 11 games, according to Stage.gg, a League stats site geared towards pro matches. The only reason she wasn’t played more is because she was banned in nearly 80 percent of all games played in Patch 7.14 as well, and that’s out of 52 games played.

The fear that Cait puts into the hearts of pro players is real. It’s mostly because she’s very long range, very safe, and she can still put up decent damage against the crowd-control binge of a meta we’re in thanks to the recent surge of tanks. She also has a lot of CC herself for an ADC, which allows her to more easily survive on her own, a trait that not many marksmen share. That being said, these nerfs may just be to persuade pro teams to use their bans elsewhere, and maybe leave Caitlyn alone for a while.

Of course, that doesn’t change the fact that her solo performance is going to drop even harder after these nerfs go live with the next patch. If you’re a Caitlyn main in solo queue, maybe it’s time to hang up the sniper rifle and try out some new champions.