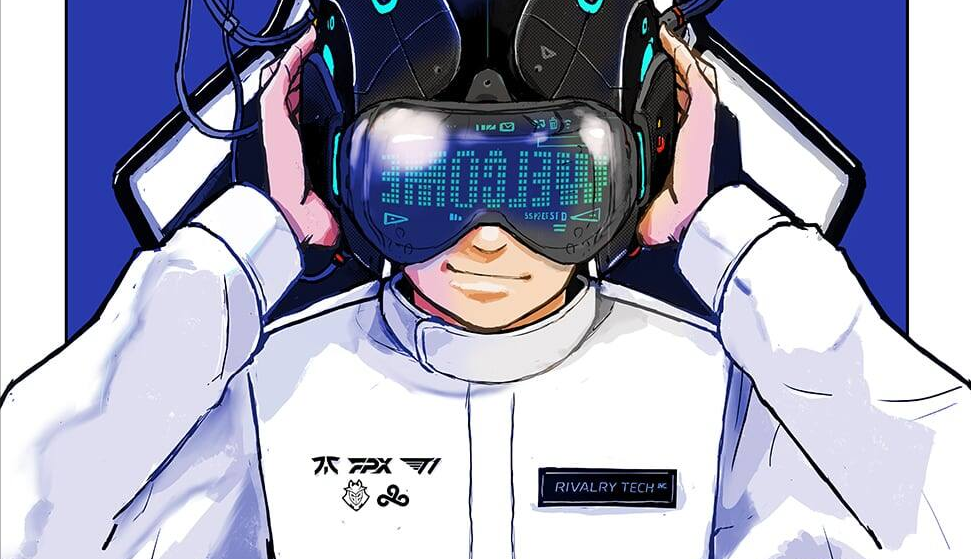 The manga is called “Heroes of Rivalry” and it features the five teams that BMW is partnered with across the global League ecosystem. All of the players have been included and will be taking part in a new adventure featuring an invention that will change their lives.

At the beginning of the first issue, the five teams arrive at the BMW headquarters in Munich. The players meet with Dr. Eve Brenner, who introduces herself as the chief engineer of the car company’s new esports-based tech division.

She brings the players down into a hidden underground base where new technology is being developed for esports players, like mice and gaming chairs. Popular VALORANT pro and C9 White member Annie is also seen testing out some mechanical arms for the company.

Eventually, she reveals the crown jewel of the tech division: a neural link gaming experience. The teams hop into the chairs and are suddenly transported into the Rival Realm, which looks to be an alternate reality version of Summoner’s Rift.

This manga is the first of eight volumes that will be released throughout the year.