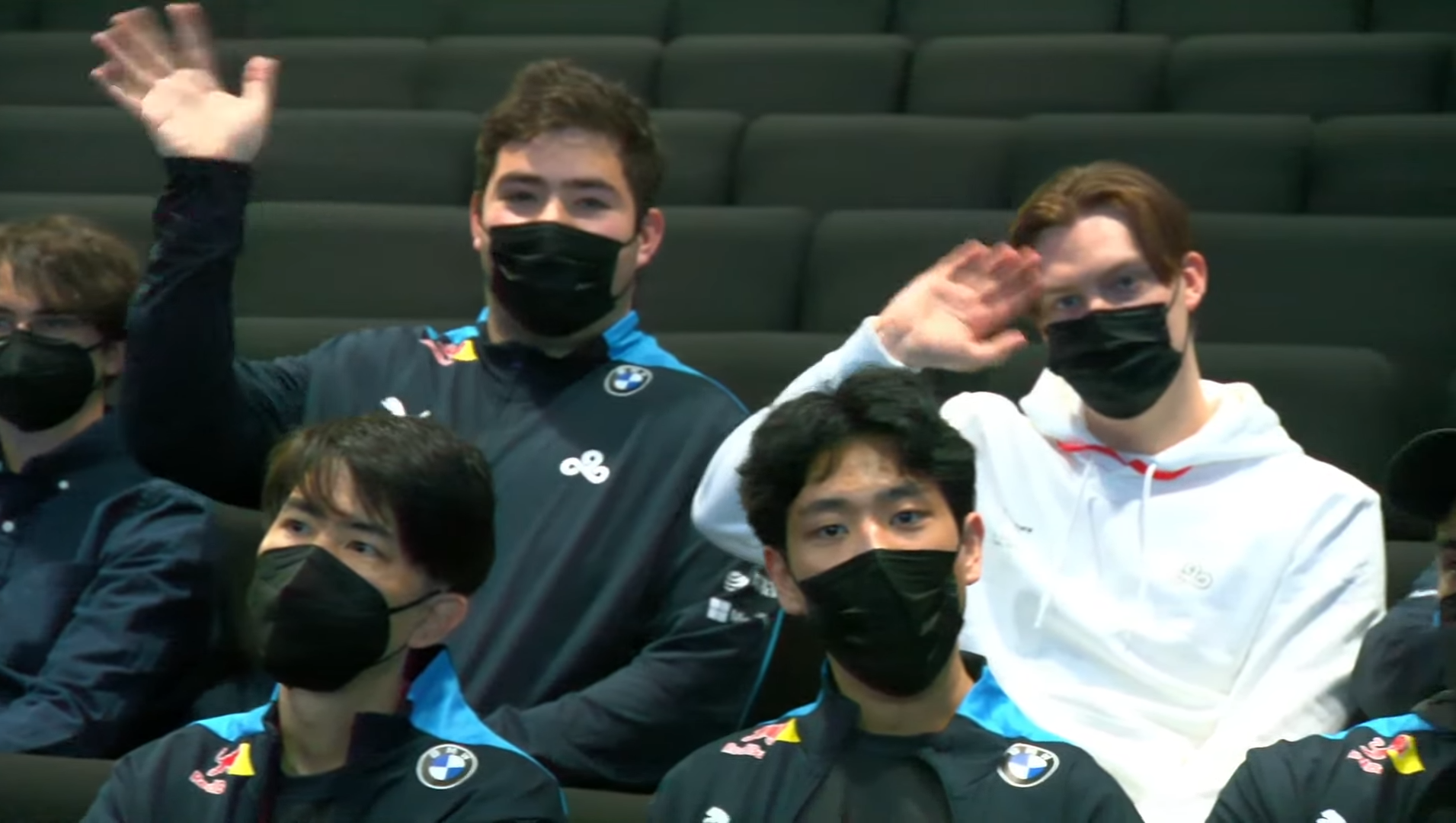 Cloud9 and 100 Thieves, two organizations that have made their mark on the history of the LCS, have been the subject of many discussions and controversies following their performances and internal affairs from the Lock In to now. The two teams sought to prove they deserve their spot at the top of the standings, stepping onto the Rift to battle for the first time in the Spring Split.

Putting their recent controversies behind them, C9 swept through 100T’s defenses to take a spot at the top of the LCS. The team now sit in a tie for first place alongside Team Liquid, but that position may change following the results of FlyQuest’s upcoming matches—one of which was postponed yesterday.

Before the match, a package on the broadcast featuring Summit highlighted his admiration of his lane opponent today, Ssumday. Yet Summit had to quickly place his respect for Ssumday behind him. He would be thrown headfirst into fighting Ssumday’s Irelia, and the two began skirmishing as early as level one.

Luckily for Summit, a teamfight near C9’s blue buff kept 100T’s eyes off of him. This let him walk into the fray and shoot down his already-tattered enemies, granting him gold for the coveted Hullbreaker. He and Berkerser sought to maintain this lead even further, doing so when catching 100T in their jungle and reminding them they were in the wrong part of the Rift.

With Fudge and Blaber taking the initiative in team fights, Berserker had the room to snipe his opponents without the worry of anyone getting in his way. He walked away from the game within a 10/0/5 KDA and maintained his undefeated and undying streak on Aphelios, quickly becoming one of the most pivotal pieces of the C9 puzzle despite debuting in the LCS this split.

Just one week following the departure of LS, C9 appear to have turned their momentum around. Though their drafts look much more standard than at the beginning of the Split, the team once more look like they’ll fulfill the expectations of an organization that has been so successful in the LCS for years. Summit, Berserker, and Winsome are also continuing to show that although they are fresh faces to North America, their gameplay allows them to contend with the region’s most experienced talent—with Blaber and Fudge more than capable of supporting their new teammates.

C9 now sit in a tie for first with Liquid at 6-2. They enter the last day of the LCS Super Week and the split’s first round-robin with an anticipated battle against FlyQuest, who have become a surprising powerhouse of their own as they also soar through the standings. 100T will close out the weekend with a match against Dignitas.